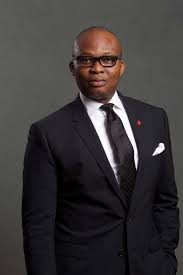 Commercial Banks operating in Nigeria have in the past one month been churning out impressive financial results for 2018.

Leading the pack of banks with the highest profit turnover is Zenith Bank. According to its financial report the bank earned a whopping profit after tax of N193 billion in 2018 year as against the figure of N173 IN 2017 representing increase of 11.30 percent while its profit before tax stood at N231 billion as against N199 billion recorded last year.

With the impressive results, the bank has increase earnings per share for the financial year to N6.15 from N5.53 given out in 2017 financial year.

UBA Plc, the Pan-African Bank and one of the leading players in the banking industry in Nigeria also falls among the leading banks that recorded impressive financial result for 2018.

According to its financial report recently released at the Nigerian Stock Exchange, NSE, UBA’s gross earnings for the 2018 financial year stood at N494 billion as against the sum of N461.6 billion recorded in 2017, representing a growth rate of 7 percent.

Similarly, the bank’s total asset also witnessed a significant growth of 19.7 percent with a whopping amount of N4.9 trillion, while profit before tax and profit after tax also grew significantly to N106.8 billion and N78.6 billion compared to the 2017 results of N104.2 billion and N77.5 billion respectively.

Other aspects of the bank’s financial report posted for the 2018 fiscal year includes, income from foreign exchange trading which stood at N197.3 billion compared to the 2017 figure of N189.7 billion as well as an impressive 22.5 percent increase in deposits portfolio of the first generation bank which stood at N3.3 trillion as against N2.7 trillion recorded the previous year. According to the bank, the marginal increase in its deposits in the year under review was a reflection of the customers’ confidence in the bank.

Fidelity Bank Plc also recorded huge earnings in the year under review as shown by its released financial report.

Consequent upon the good financial result, Fidelity Bank earnings per share has equally been increased from N0.50 it was quoted in 2017 to N0.62 for 2018 financial year.

Another Bank that has released its financial result for 2018 is Access Bank. The bank declared a profit after tax of N94.98 billion as against the sum of N60.01 billion earned as profit after tax in 2017. This shows an increase of 58.27 percent.

For Guaranty Trust Bank, its financial report shows the bank earning the sum of N184.64 billion as profit after tax in 2018 financial year whereas the figure for same in 2018 within the same period was N167.91 billion, an increase of 9.96 percent.

Standard IBTC has also released its 2018 financial report which also recorded an increase in profit. The bank declared a profit after tax of N74.44 billion for the year under review which is 53.86 percent increase for N48.38 billion figure it reported in the 2017 financial year.

Financial experts and industry players have attributed the huge profits made by the banks in the year under review despite dwindling deposits and harsh economy to the banks new focus on other sources to boost their earnings. The banks findings show are now concentrating on earning from fees from e- banking and commissions.

According to report, five top banks namely UBA, Zenith Bank, Access Bank, Guaranty Trust Bank and the Tier-2 bank Standard IBTC raked a total of N359.60 billion as income from fees and commission in 2018. This according to financial report represents 11.59 percent increase from the sum of N322.24 billion the banks earned in 2017 on the respective sources.

A breakdown shows that UBA top with the highest income from fees and commission, as it earned N93.99 billion, Zenith Bank followed with N81.81 billion, Standard IBTC got N71.22 billion, Access Bank-N62.10 billion while Guaranty Trust Bank in that order raked N50.47 billion from those sources.

The Value News gathered that the fees and income were generally earned by the banks from electronic banking channels like Automated Teller Machines (ATM) charges, card based fees, letters of credit commission, remittance fees, account maintenance fees brokerage commission fees and financial advisory fees among others.

Economists and financial analysts have therefore concluded that the income generated from fees and commission by the banks which was on the high side in recent years, played a major role in the impressive profits the banks have recorded for the 2018 financial year.