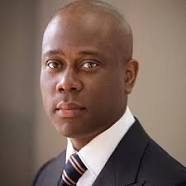 Herbert Wigwe, the Group Managing Director and Chief Executive Officer of Access Bank may have a calm and unassuming outlook, but within him is that driving force to achieve great uncommon goal in the Nigerian banking sector.

Not a few players and stakeholders had believed in the first instance when speculation was rife that Access Bank was about acquiring Diamond Bank of Pascal Dozie business empire. But this has now become a reality as the Central Bank of Nigeria, CBN and Securities and Exchange Commission, SEC has given a final approval to what could be describe as a landmark merger between Access Bank and Diamond Bank.

Both banks had conveyed the message of CBN, SEC final approval of their merger recently in Lagos. The approval by the apex regulatory bodies bring to an end, months of deliberation and tying of loose ends between management of both banks on one hand and the CBN on the other hand.

Speaking at the EGM with shareholders, Group Managing Director, Access Bank Plc, Herbert Wigwe, said that following the completion of the merger, there will be more opportunities in key units like trade finance from international partners which in turn will bolster the bank’s brand as well as opening doors of opportunity in both local and international markets.

According to him, Access Bank is working to ensure that shareholder value is maximised and with existing capital and the retentions it has with the tier-2 supporting, assuring that the bank has enough capital to consummate the transaction.

On his part, Uzoma Dozie Chief Executive Officer, Diamond Bank Plc, said he was delighted that the shareholders of Diamond bank have supported the merger which stressed will bring together the complementary retail and corporate banking capabilities of two of Nigeria’s leading banks to create Africa’s largest retail bank by customer base and Gateway to the World.

The corporate marriage between the two banks which The Value News gathered is to be completed this month is expected to give birth to 27 million customers,which would make the union the largest customer base of any bank on the continent with projected 33,000 Point of Sale (PoS) terminals as well as 13 million mobile customers and 29 million retail customers.

In addition, the combined entity is poised to deliver more opportunities to customers and shareholders, leveraging on shared; yet distinct competencies”.

Mr Herbert Wigwe, Access Bank Chief Executive Officer, told the shareholders at the EGM that the merger with Diamond Bank enables Access Bank to acquire a bank with 17 million retail customers and the most viable mobile payment platform.

Wigwe said that the expected revenue and cost synergies were material and promises significant long term value, stressing that the merger would attract more opportunities such as trade finance from international partners.

“With the final merger of both banks and the status of the resulting entity as ‘the largest bank in Africa’s largest economy,’ this greatly bolsters the bank’s brand, opening doors of opportunity both in local and international markets,” he said.

Wigwe said the merger was expected to produce the largest banking group in Africa based on its number of customers with more than 29 million customers.

“The resulting entity which will maintain the brand name Access Bank, but with Diamond Bank colours, will have more than 29 million customers, 13 million of which are mobile customers,” he said.

Wigwe said the bank would be a continental force with presence in 12 countries, 3,100 ATMS and nearly 32, 000 Point of Sale.

“As a continental financial force, it is set to attract more opportunities such as trade finance from international partners seeking multinational lenders with local intelligence,” he said.

“Diamond Bank has a formidable retail business with the largest retail customer base in Nigeria – over 17 million customers. Diamond Bank also has a track record of customer acquisition and low-cost liabilirties generation.

According to the deal the Merger will form a leading Tier 1 Nigerian bank and the largest bank in Africa by number of customers, spanning three continents, 12 countries and 29 million clients.
They also said the acquisition will bring together treasury, risk management and corporate banking expertise with strong retail and digital banking capabilities to create a financial institution operating across the full suite of products for all customer segments. Similarly, shareholders of Diamond will receive N3.13 Per share in cash and shares.
However even as it is no more news that Diamond Bank this year will end up in the belly of Herbert Wigwe led Access Bank, the big question in the minds of staff and shareholders of Diamond Bank as well as industry stakeholders has been-what went wrong that an hitherto very solid bank promoted by a renowned economist and banker per excellence Pascal Dozie could find itself in a financial predicament to warrant it look for a lifeline in Access Bank or any interested would be buyer to save it from going insolvent.

Apart from the CBN hammer on Diamond Bank over MTN infraction which Diamond bank was ordered to return hundreds of millions of Naira, findings have shown that the bank suffered from heavy impact from Non-Performing loans. This development we gathered had negatively impacted on the financials of the Bank that was released in the third quarter of last year. Moreover the bank had in the past one year been having a gross depleting capital adequacy profile which led to the bank.

The cutting of the bank’s full-year profit forecast by half last year was a testimony that it was heading to the rocks.

Indications that all was not well with Diamond Bank began to manifest when its management announced decision  to sell its international operations, which included the disposal of its West African Subsidiary in 2017 and Diamond Bank UK, the sale of which is currently in its final stages.
Uzoma Dozie, Diamond bank’s chief executive officer, who had confirmed the development said the bank will cease to operate as an international bank.
Access Bank we gathered plans to leverage on the best talents of both banks and combine them to create a leading banking franchise in Nigeria. The combined bank will be led by Access Bank’s current CEO, Herbert Wigwe, and will retain the Access Bank name. It is intended that the brand will be redesigned to include strong elements of Diamond Bank’s digital and retail brand.

This development according to industry analysts shows that Access Bank has a strong track record of M&A in Nigerian banking industry and has previously demonstrated its integration capabilities in the successful acquisition and absorption a number of institutions in the past 15 years prominent among them being Intercontinental Bank.

The proposed merger would involve Access Bank acquiring the entire issued share capital of Diamond Bank in exchange for a combination of cash and shares in Access Bank through a Scheme of Merger.

Based on the agreement reached by the boards of the two financial institutions, Diamond Bank shareholders will receive a consideration of N3.13 per share, comprising of N1.00 per share in cash and the allotment of two (2) New Access Bank ordinary shares for every seven (7) Diamond Bank ordinary shares held as at the implementation Date. The offer represents a premium of 260% to the closing market price of N0.87 per share of Diamond Bank on the Nigerian Stock Exchange (“NSE”) as of December 13, 2018, the date of the final binding offer.

Under Wigwe’s watch, Access Bank has risen to become one of the “top five banks in Nigeria” and “ranked among the top 500 global banks in the world”, according to a-2015 The Banker Magazine report.

However, there is palpable fears especially Diamond Banks staff of their job security based on past experience whereby staffs of the acquired bank suffer retrenchment, but Access Bank management has however allay the fears of Diamond Bank staffs on the possibility of them retaining their job, whether this will happen after the complete take over is what industry watchers are looking forward to.