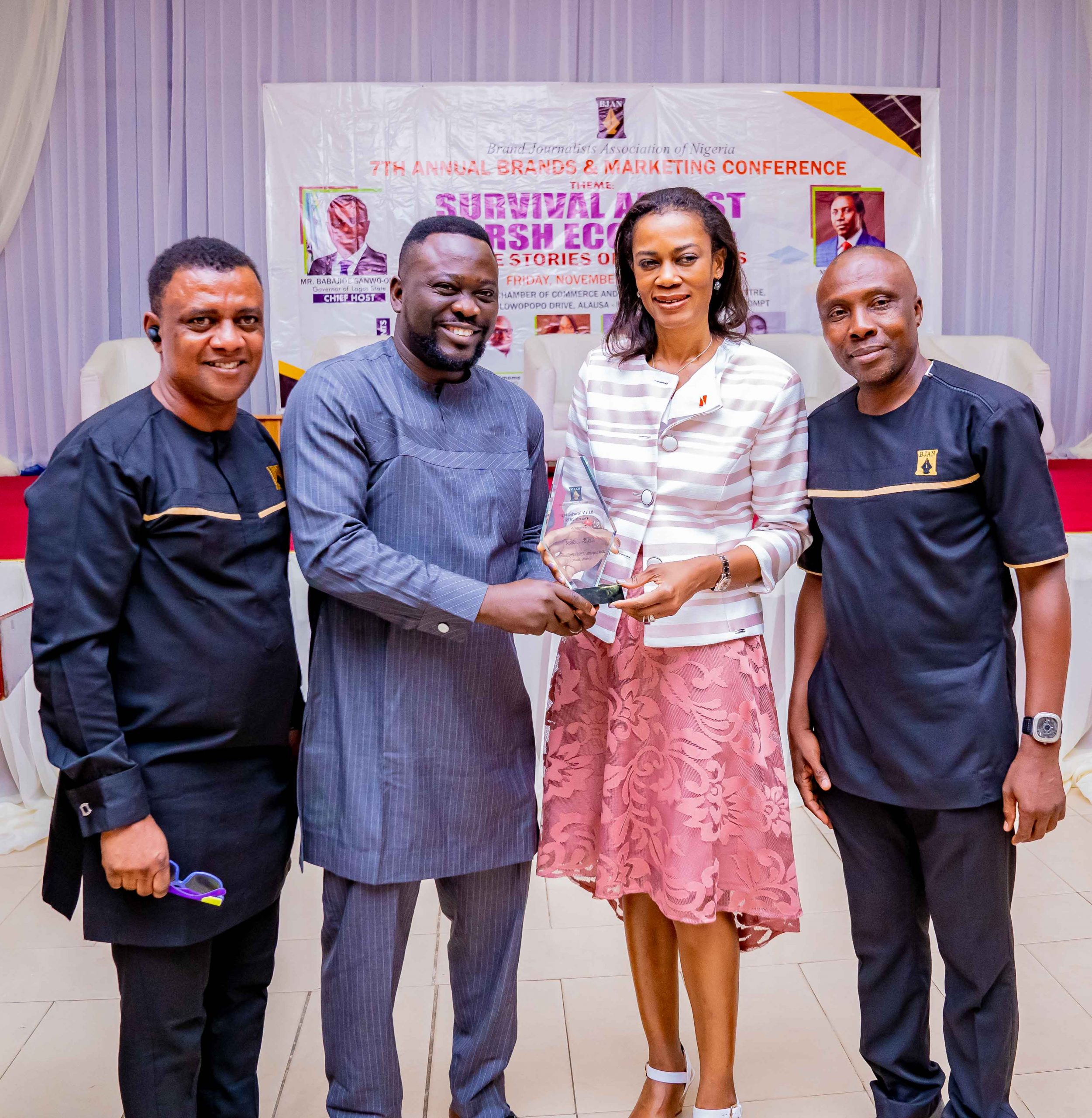 United Bank for Africa, UBA plc, a pan African  Bank, appears to have demonstrated  class, among its competitors, as it has emerged  as the best Financial Institution in support  of Education for the CSR 2019.

This is in addition to Bola Atta, the Chief Executive Officer, of the Bank Foundation and Group Head, Corporate Communications, also received the award as the top Corporate Affairs Professional at the 7th  annual Bank Brands  and Marketing  Conference c held at the Lagos Chamber of Commerce and Industry, LCCI, Exhibition centre, Lagos,  the nation’s  commercial nerve centre, last Friday.

The  UBA awards appears to have become the talk of the day in the nation’s Banking Industry. This is because wherever  two or three Corporate  officials from the Banks gather, the UBA, awards,  became the topic of discussion. Some of them were said to have been asking themselves questions: where did we  it wrong to have allowed UBA  clinch the award. The most worried were Zenith and Access  Banks, which have experienced professionals , Heading their Corporate Communications Units and who were said to have been making  waves  in the nation’s Banking sector over the years.

Business analyst believe that they  may have been making waves in their respective Banks over the years  but may not have been as creative  as their counterparts in UBA,  who were said to  have been coming out with different products which  had repositioned the Bank, thus making it the Customers  delight. That much was cited by the organisers of the event in giving the awards to Atta, the Bank’s  Group Head, Corporate Communications.

Eye witness account said Atta, the UBA, top  Communications Staff beat other Banks nominees to win the top prize  as a result of her impressive contributions to steer the Bank’s Corporate Communications  with various laudable initiatives that have further repositioned   the Bank and increased  its market share   and mobilisation of funds  as well as increased its brand presence   among its Competitors.

Bank analysts believe that the sucessful organisation of the UBA Market Place which took place last July in Abuja, the Federal Capital Territory, and which was widely covered local and foreign media  and the birth of  the REDTV, the fast-paced digital lifestyle channel were cited as some of her achievements that had repositioned the Bank which  was said to have won the  prestigious award, that had seen  Heads of other Banks Corporate Communications going back to the drawing board.

Industry analysts called the UBA, CSR award for 2019, over its support to Education as another award  for Atta, who Heads the UBA Foundation. The Foundation, alone  champions the Education programme . This is evident going by the National Essay Competition for students in tertiary Institutions  where winners  had received various grants from the Foundation over the last nine years across the African Continent.

It was not surprising why people have called the UBA  Foundation as  Education Foundation,  for improving less privileged people’s access to education. An elated Atta had thanked the BJAN for the awards, promising to do more to help students in their education pursuit.

The UBA Foundation, Chief Executive Officer, who could not hide her feelings described the National Essay being organised by the Foundation as a  thing of joy  seeing  winners of the Competition  each year go home with various   grants to support their University education in different parts of Africa.

She believes that the education the winners  have acquired would go a long way to change their lives  and that of their families including contributing meaningfully to the development of their society.

Note that since 2012, the Brand Journalist Association Conference  awards  have been celebrating  outstanding Companies, which include UBA plc,  which through their immense  contributions  and  had become  the game changers  driving the wheels  of growth of Brand products and by extension  the development of the African continent.

An appreciative Princewill Ekwujuru,  BJAN president, was said to have commended the UBA Foundation, particular,  for its strong footprint across Africa.  Ewujuru, noted that  that through the Foundation Real Africa Initiative, and the scholarship given to winners of its National Essay Competition for Tertiary Institutions, ‘’it has done well to transform the lives of many’’.

He disclosed  that  the awards were borne out of the need to recognise the game changers whose relentless efforts have helped to give hope to Africa and at the same time, drive sustainable development amid strife.

‘’These companies understand that agility, innovation, fluidity, decisiveness and commitment accelerate the pace of change, Africa craves for”, he had declared.