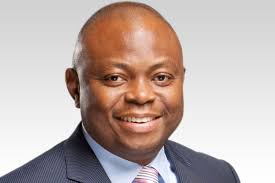 In furtherance of its growth strategy anchored on realignment and repositioning, the Board of Fidelity Bank has announced the appointment of three new Executive Directors.

The Board however stated that the appointments were subject to the approval of the Central Bank of Nigeria, CBN.

Similarly, Hassan is to supervise all commercial, Small and Medium Enterprises, SME, Consumer and Public Sector businesses of the bank in the Northern Directrorate of 18 states including Abuja.

Prior to their latest elevation, they were General Managers, and the bank said their elevation is consistent with its new succession strategy of grooming leaders within the bank.

According the bank’s Managing Director and Chief Executive Nnamdi Okonkwo, the management has over the years worked assiduously to proactively prepare the personnel by growing the talents and leadership pool in the bank so that when opportunities arise, the bank will always look within than having to look outside to fill the positions. He said he was delighted that the three new executive directors were appointed from within the bank.

Also commenting on the appointment, the Chairman of Fidelity Bank Mr Ernest Ebi who welcomed the new Executive Directors to the Board of the bank said the bank will benefit from their wealth of experience which will deepen and engendermore robust discussions and engagements at Board level.

The Board of Fidelity Bank is unique as it has three female Executive Directors, the largest on any bank Board has.

Gbolahan who is an alumnus of Kings College Lagos, holds a Bachelor’s Degree in Accounting is also a Chartered Accountant, and has attended scores of executive and banking programs in reputable educational and professional institutions including Harvard, IMD and Euromoney. He has put in over 20 years cognate experience in areas like Operations, Technology, Digital banking, Strategy, Business Transformation, Finance, Treasury and Mergers and Acquisitions.

For  Obaro Odeghe who holds a Bachelors Degree in Agriculture and MBA, he has also gained exposures from reputable institutions like Harvard, Wharton and Kleloggs with over 24 years experience in various banking areas including Corporate Banking, Trade Finance, Consumer Banking, Institutional Banking and Operations among others.

Equally coming with a wealth of experience to the Board of Fidelity Bank is Hassan who is to oversee the Northern Region of the bank operation. He holds Bachelor Degree in Economics and MBA. Like Obaro and Gbolahan, he has also attended several professional programs in Harvard and Wharton Institutions. And has 25 years experience in the banking industry cutting across areas like Commercial Banking, Consumer Banking, Treasury, SMEs, Institutional Banking, Operations and Risk Management.