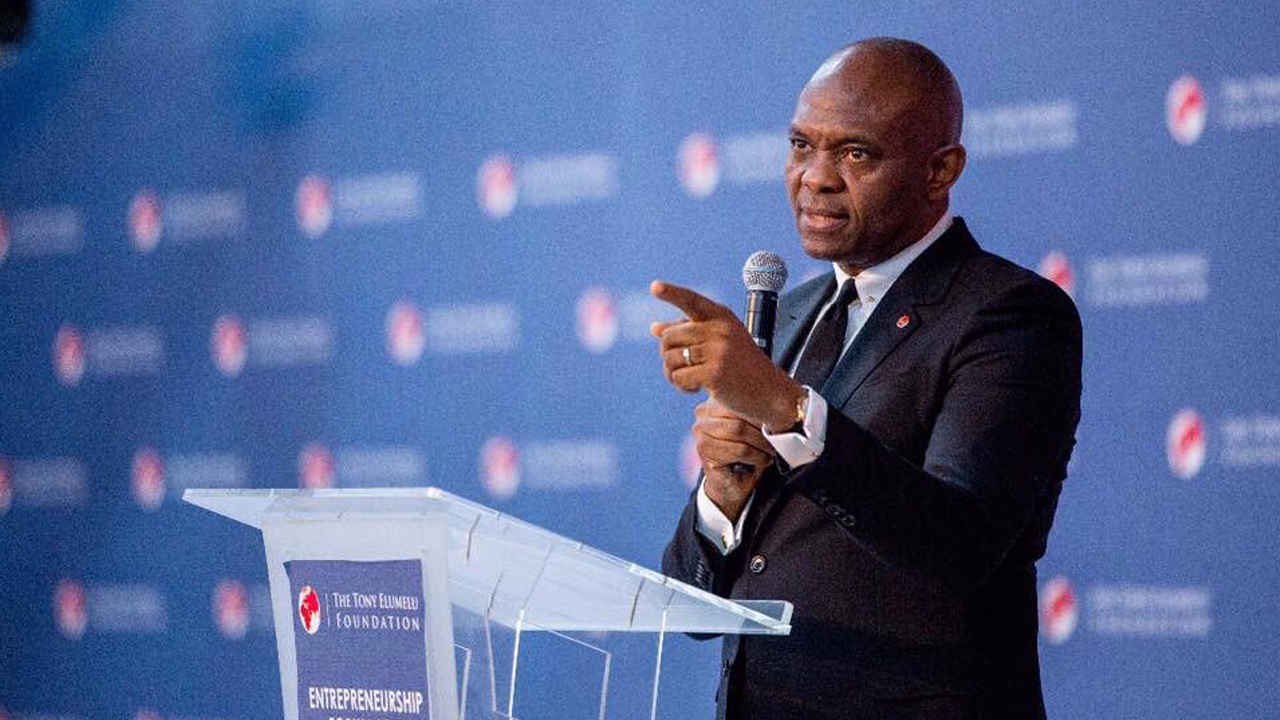 Given the Image which Tony Elumelu Foundation had carved for itself in the African Continent to create Opportunities for young African Entrepreneurs, the International Committee  of the Red Cross, a  Humanitarian Organisation  based in the United States have agreed to partner with the Nigerian based Foundation  to replicate what it has done in the Continent and create more economic Opportunities in conflict prone regions.

This is a clear indication of the internationalization of the Operations of the Foundation beyond the African Continent. This is because there is no no part of the  any of their world countries where is no conflict, ranging from water , flood to other natural disasters that requires humanitarian  attention. The situation in Nigeria, Libya, Syria speaks volume. This is a good news for officials of TEF and United Bank For Africa, UBA PLC, that a foundation founded  by Tony Elumelu, their  Chairman,  has been recognized worldwide that ICRC, had agreed to partner with it speaks volume.

At a just concluded forum organised by the ICPC, with the theme, Private sector Partnerships with Humanitarian Organisations: Putting people first, the duo had called   for a new Private sector led  approach to humanitarian development in Africa, Elumelu and Peter Maurer, President , ICPC, who were key speakers  were said to have called for a Collaboration  between  humanitarian  and the Private sector for impact driven  intervention in Conflict regions.

They  were said to have also proffered  entrepreneurship  as the most ‘’sustainable  solution  to accelerating  African’s transformation’’. Worried by the suffering of people in Conflict regions, particular in Africa, Maurer had advocated, ‘’ it is important  to  “ protect people  who are disrupted by violence an war’’.

An elated ICPC President disclosed that what has brought him and Elumelu, the founder of TEF and Chairman of UBA PLC was not the white or Blue Shirt but his ‘’ deep conviction that with longer  and protracted Conflict, we need to bring people much earlier into Independence’’.

Maurer, who could not hide his feelings said , ‘’we need  more than ever , in the most  violent parts  of society  to show the pathway to Independence  and to a dignified  life  and this goes  with income – generating  activities , productive activities, small businesses’’. It is not surprising why the ICRC, had partnered with TEF to serve humanity.

Elumelu, is optimistic that  ICRC partnership ,with TEF, would eliminate extremism and violence in the African Continent and the world in in general. He noted that through the partnership between TEF and ICRC, a lot has been happening  which shows  the catalytic  of Maurer vision.’’.

Investigation shows that TEF,was the first ever Foundation in Africa to be explored by ICRC using a different approach  to humanitarian development, from the angle of empowering  the private sector. Recall that TEF, had at one time or the other partnered with African Development Bank, AFDB,  on empowering 1000 beneficiaries, UNDP, which started with 1000 Entrepreneurs . The number was said to have been increased to over 100,0000 African Entrepreneurs starting with the Sahel region. ‘’The most important thing  is  that we have given  economic hope  and Opportunity  to people to reduce cases of  fragility seen across the Continent’’, he had said.

Last year , TEF and ICRC, wwere said to have partnered  to sponsor 200 Entrepreneurs  from the south East geo-political region and the Niger-Delta, Comprising of nine states of the Federation , which cut across the south-south, south east and south west geopolitical regions to catalyse and accelerate  transformation of the two regions thus scaling down the impact  in Conflict-prone areas.

Tintervention, according to impeccable sources was built  on the existing Tony Elumelu Foundation , TEF, $$100 million  Commitment to empower 10,000 young African Entrepreneurs in 10years. Driven by the Economic Philosophy of Africapitalism, which represents  a bottom-up approach with the goal of creating millions of job, “it was said to  increased government revenue in many countries on the African Continent’’.

Note that the ICRC, forum had attracted  top government functionaries and Humanitarian Organisations  to rub mind in order to explore  alternative approaches  to Humanitarian development on the African Continent. Among those that  were said to have honoured the invitation extended to them by ICRC  for the Humanitarian Workshop were Babajide Sanwo-Olu, governor of Lagos state,who was said to have been represented by one Prince Aderemi Adebowale, Babatunde  Paul Runwase, President, Lagos Chambers of Commerce and Industry, LCCI, Juan Luis Coderque Galigo, Head New Financing Models , ICRC, and Ifenyinwa Ugochukwu, Managing Director, TEF.

Many believe that TEF , has  set a standard which other Foundations in African may have to emulate by carving an image of for itself: honesty, integrity and transparency.