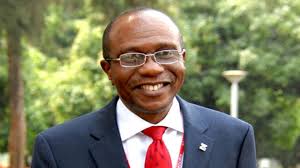 The routine monthly Monetary Policy Meeting, MPC began today with the Central Bank of Nigeria, CBN governor Godwin Emefiele  presiding.  The Value News gathered that top on the agenda of the two day meeting which began today Monday March 25 will be the state of inflation rate and other fiscal policies to stabilise the economy and exchange rate among others.

The MPC meeting which should be third to the last that will be presided over by the CBN Governor whose tenure expires in June this year, will end tomorrow Tuesday March 26 with far reaching economic and monetary policies expected to be taken.

High inflation rate which is being instigated by the poor rate of Naira against foreign currency has been the bane of the apex bank for decades now since the government of former Military President General Ibrahim Babangida rtd devalued Naira during his administration through the infamous Structural Adjustment Programme, SAP.

Like previous CBN governors since the dawn of the Third Republic, Emefiele since he was appointed in 2015 by former President Goodluck Jonathan has been churning out several monetary and economic policy to stabilise the Naira and also revived the dwindling economy that was worsened by a full blown economic recession that hit Nigeria three years ago, but the problem defied solution.