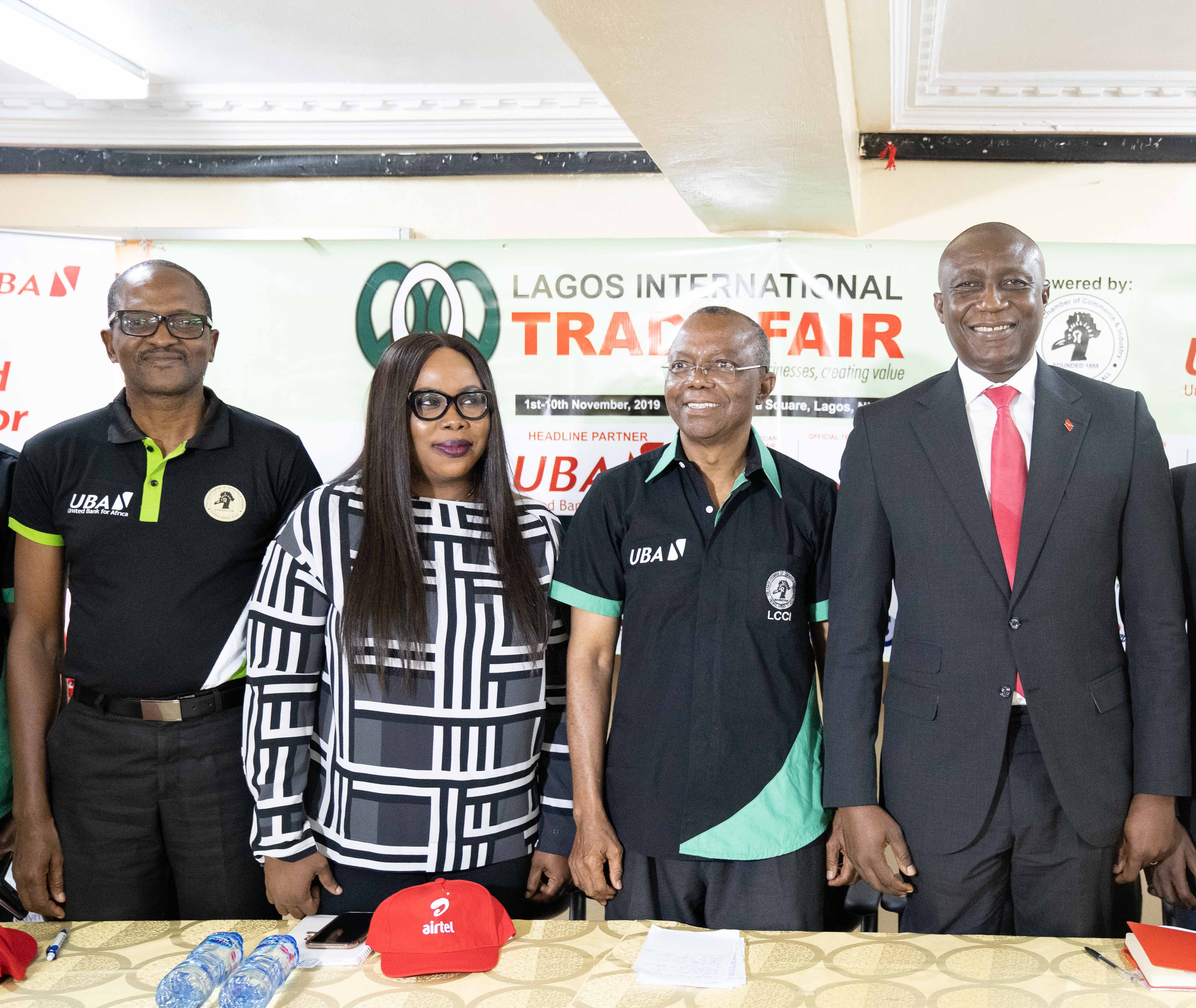 For the first time  since  the Lagos Chamber of Commerce and Industry ,LCCI, started organising its International Trade Fair Exhibition in Lagos some thirty two years ago, the 33rd,  edition of the events appears to look different at all its ramifications. This is because of the involvement of the United Bank For Africa, UBA, plc, a pan African Bank at the Fair.

The LCCI may have agreed to partner with the Bank For Africa, UBA plc, to give Fair the necessary international exposure with the participation of the  Small Medium Enterprises ,SMEs, the Bank business Customers across the African Continent at the Fair. The Value News learnt that the Bank had carried along  all the SMEs which had been participating in its Fairs over the last five years t also participate in the LCCI/ UBA Fair,  that will help transform their businesses and take it to the next level.

Jude Anele, the UBA, Head, Group Consumer Retail business, who gave  the assurance on Tuesday at a press conference to officially herald the 2019 Lagos international Trade Fair and  unveil the official  sponsors of the Fair, said the pan African bank has put in place various service offerings to ensure  that this year’s Fair provides a ‘’veritable platform targeted at catalysing businesses to new highs’’.

Anele explained that the 33rd edition of the Lagos International Trade Fair scheduled to commence on November 1st, 2019 is expected to’’ provide an avenue for networking, trade and investment bound to boost business activities in Africa’s largest economy and by extension, Africa’’.

While assuring that the SMEs would  maximise their presence at the Bair, he disclosed that the Bank would provide an ‘’uninterrupted banking services during the two-week event, and also provide advisory services to the small and medium entrepreneurs, which the bank realises is fundamental to achieving their business goals.

He noted that the ‘’merchants and entrepreneurs from other African countries, Asia, particular China, United States and Europe, would be able to conduct their transactions seamlessly without currency exchange hassles, using the extensive reach of UBA as a pan African bank with presence in key commercial capitals in the world,”

According him, ‘’critical to the success of SMEs in Africa is not necessarily access to finance, but their understanding of business and accounting mechanisms, process and procedure to their growth and existence especially on e-commerce, tax management, and book keeping and access to funding, and these are issues which we are trying to address,”.

Speaking on the ease of payment during the event, especially with African companies from outside Nigeria, Anele explained that the UBA has successfully put in place solutions that would see to the ease of payments within Africa.  “UBA will be deploying state-of the art Point of Terminals(POS) configured towards ensuring merchants receive immediate values in currencies of their choice’’.

The UBA PLC group Head Retail Consumer banking also disclosed  that in line with its unflinching support to the ,SMEs, it has reached an agreement with the organisers of the fair to give 20%  discount to its Business customers who register to showcase their products and services at the Fair.

Also speakingat the Press Conference to herald the LCCI, 33rd edition of the LCCI Trade Fair, Gabriel Idahosa Chairman, of the Trade promotion Board, who could not hide his feelings promised that this year’s edition of n  the Fair would bring the utmost value to the entrepreneurs and businesses in Nigeria and beyond as he acknowledged the massive support being provided by corporate organisations such as UBA

He opined that the Chamber have chosen a suitable partner with extensive reach on the continent with capacity to engineer a seamless financial transaction expected of international trade fair of this magnitude,” he said.

Giving an insider information, he said “The LCCI and UBA has partnered to give exciting services to visitors and exhibitors at the Fair. UBA is a foremost Pan African financial institution operating in 20 African countries, the United Kingdom and the USA and France, thus offering unique services to the delight of visitors and exhibitors during the fair.” Idahosa, revealed that  40,000 square metres of exhibition spaces are available with over 2,000 exhibitors from 16 African countries and  200 foreign exhibitors expected in Lagos.

This is a good news for the LCCI , which have never had these large  number of  exhibitors, particular, the SMEs, over the years, as it has taken advantage of UBA pl, experience  in organizing International Fairs in the  African Continent in thelast five years to attract more SMEs to the 33rd edition of the Fair Fair, an indication that  that the LLCI ,Fair , has assumed the international exposure which it ought to have assumed over the years.