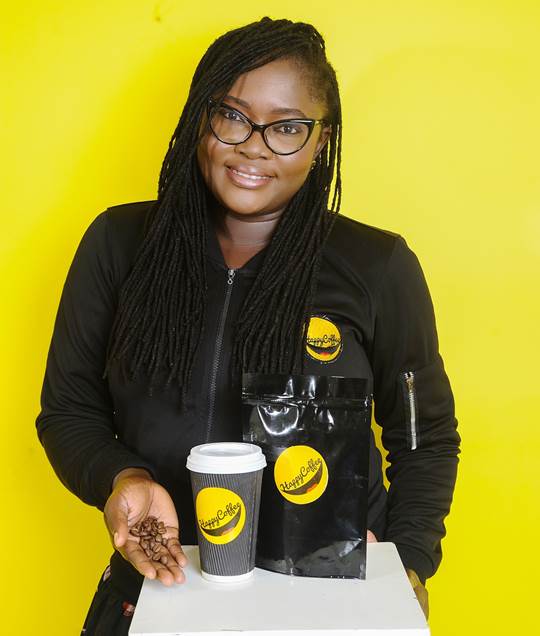 When Tony Elumelu,  a philanthropist  and renowned  business man, who is  incidentally   the Chairman of UBA plc, initiated the Tony Elumelu Foundation, popular,  TEF, to actualize his vision of promoting  African Entrepreneurship, in year 2000, nobody took him serious.

This is because of attitude  philanthropists  who had started similar  Foundations in the past  in different parts of Africa  but abandoned it mid-way  due to financial  constraints , thus,  fueling speculations that they were  not really  prepared for the project. Take for instance. In Nigeria, there  many of such  Foundations which  had been launched over the years but are now  working in bits and fits due to lack of funds to continue it and poor management.

Elumelu , may have  done his home- work  before going ahead to launch the multi-million Foundation .  As a prelude to ensuring that  the Foundation did not go the way of others before it, he was said to have committed $100 million, equivalent of N36 billion naira, going by the current exchange rate of N360.00 to a dollar, to it. His target was to spend $10 million or N3.6 billion , spread in ten years  in supporting 1,000 African Entrepreneurs annually . He demonstrated that he was out  to fulfill his promise when the first set of over 1000 African Entrepreneurs were selected from the  thousands of application received on the first year  to mark the take- off of  the Foundation The beneficiaries , which caught across the African Continent were promptly paid  and guided  through training and mentorship to start their business.  Investigation by the Value News shows that there have been a remarkable improvement in the selection process with the introduction of  new technologies.

Between  year  2000 and now,  the Foundation , which had turned 10, has produced 9,631, Entrepreneurs , spread across the 54 African countries.  The doubting Thomas’s  who did not initially give Elumelu, the UBA, chairman, any  chances of  succeeding  in the multi-million  dollar project  were forced to give kudos to him that he has  achieved the vision the Foundation and thus, put the African Continent on the path of Industrialisation through the establishment of Small and Medium  Scale Enterprises, SMEs, that now litter the Continent.

They believe that if the African leadders could do  half of what Elumelu Foundation over the last ten years, the Continent  would have  be fast lane of economic growth. Perhaps, to get as many  applications as possible that , the funds available could accommodate the in this 2020, being the last of the cohort, the Foundation was said to have been extended the deadline for applications which  started January 1st  to March 1,2020. on TEF connect.com.

Unlike in the previous  arrangement  where the Foundation delay on the issuance of  feedback to  beneficiaries, the story appears to  have changed.  It was  learnt that this time around  ‘’applicants  will receive instant  feedback  on the progress of their business to facilitate their movement  to the next stage of the Entrepreneurship programme.

It was gathered that the  shortlisted applicants  will receive business training  tailored to their business stage . This is basically for  those  expected  to move to the next stage mentorship . Insiders informed the Magazine  that  it is from the list the top performing  Entrepreneurs from each country  in the African Continent that those that    will proceed  to the business pitching  Competition ,to determine  the finalists  who   will receive  the seed capital  and induction into  the  Foundation’s  fast growing  alumni  network  across the  54 African countries will selected and announced.

The good news  was that  some of the beneficiaries of the  TEF, non- refundable  loan , have grown beyond the shores of Africa into  the global market place. Take for instance,  Kwabena  Danso, a Ugandan manufacturer of bicycles  and its accessories  from the local bambo  whose product has entered the International market and now  in high demand , particular in Asia and other African countries.

Another case of  a successful story of the beneficiary  the Foundation African Entrpreneurship drive was Mohammed Dhauoafi, a Tunisian, who is the  founder  of ‘’3D printed , biosynthetic  prosthesis manufacturing company.

Adeyinka Tekenah, a Nigerian, who also  benefited from the Foundation financial support to start a business is another successful case that had been recognised by the Financial Times of London. The London based Newspaper  had  described his Coffee making business as ‘’Africa’s starbucks’’ which is encouraging.

It is not surprising why  officials of TEF, are optimistic of producing more African entrepreneurs in the 6th cycle of the programme , which had been launched last January. ‘’We will achieve  the Foundation’s mandate  of transforming  African Continent  through investment  in  SMEs by  the  Entrepreneurs.

Note that the   most prominent  among  the enhancements  are the new dates   that had been selected  in the programme 6th cycle, with its emphasis  on providing  the thousands of Entrepreneurs that had  already been produced by the Foundation  with   basic business training. This is in addition to  leveraging  on its acquired technology   to optimise   the applications    and the  selection  process  as well as  personalise  the journey of each applicant  in the programme  tailored  to their knowledge  and business stage.

Recall, that  the Foundation programme cycle has been updated  with much emphasis placed  on getting  more Entrepreneurs   through business training in the 2020 edition. A Statement by the Foundation    confirmed that the finalists  , who will  inducted  into the TEF Alumni  will be  announced on March 22, 2020, when the Foundation will hold  its  Forum, that will  bring  together  all the   Entrepreneurs  that had benefitted from it. The  Conference, going by the plan of the Committee, is expected to be the largest  ever to be organised   in the  African Continent or any other part of the world.