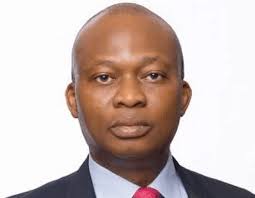 Another set of 20 customers of the United Bank for Africa, UBA would this month become N1.5 million richer each in the second draw of UBA Wise Savers Promo scheduled for this month. According to the bank, the promo draw which will hold this month at the Corporate Head Office of the bank in Marina Lagos is in line with the bank’s desire to offer opportunity for potential and intending customers to take their chance and add to the growing number of millionaires who have benefitted from the ongoing Wise Savers Promo as a whopping N90Million is still up for grabs.

‘‘To qualify for the draws, new and existing customers of the bank are expected to save at least N10,000 each month for three consecutive months, or N30,000 for 90 days in the promo, which will run for the rest of the year. Apart from the N30 million, won by 20 customers in January when the first draw was held and another N90 million is still expected to be won by 60 more loyal customers in the remaining three quarters of the year. The promo has been part of the strategy by the bank to promote saving culture among Nigerians as well as also boost the deposit profile of the bank. PIX 1, Kennedy Uzoka: GMD/CEO UBA Plc Zenith Bank: Onyeagwu Replaces Amangbo as GMD/CEO

The Board of Directors of Zenith Bank Plc has announced the appointment of Ebenezer Onyeagwu as the Group Managing Director/Chief Executive designate of the bank a statement signed by the Company Secretary/ General Counsel Michael Osilama Otu, the appointment of the new managing director is in line with the bank’s tradition and succession strategy of grooming leaders from within

to his appointment, Onyeagwu was the Deputy Managing Director of the bank, a position he has been holding since October 28, and has about 30 years cognate experience in the banking sector out of which 17 years has been in the service of Zenith Bank new GMD/CEO parades a renowned banking experience as a financial expert, having trained in several reputable institutions of learning in Nigeria, the United Kingdom and States of America. He is an alumnus of the prestigious Oxford University, England where he bagged a Postgraduate Diploma in Financial Strategy and Certificate in Macroeconomics.  His rich resume also indicates that he undertook extensive executive level business education in Wharton Business School of the University of Pennsylvania, Colombia Business School of Colombia University, the Harvard Business School of Harvard University in States of America and Lagos Business School of the Pan African University, Nigeria is a graduate of Accounting at Auchi Polytechnic, Delta State and A Fellow of the Institute of Chartered Accountants of Nigeria (ICAN). Source: Pulse NigeriaThe appointment of Onyeagwu will take effect from June 1, as the tenure of the substantive outgoing Managing Director and Chief Executive Officer Peter Amangbo ends on May 31, 2019 outgoing GMD/CEO who replaced Godwin Emefiele as managing director of Zenith Bank after the latter was appointed Governor of the Central Bank of Nigeria, CBN has put in 27 years in the banking and financial services sector, out of which the last five years been as the GMD/CEO of Zenith Bank, one of Nigeria’s strongest and most profitable banks.