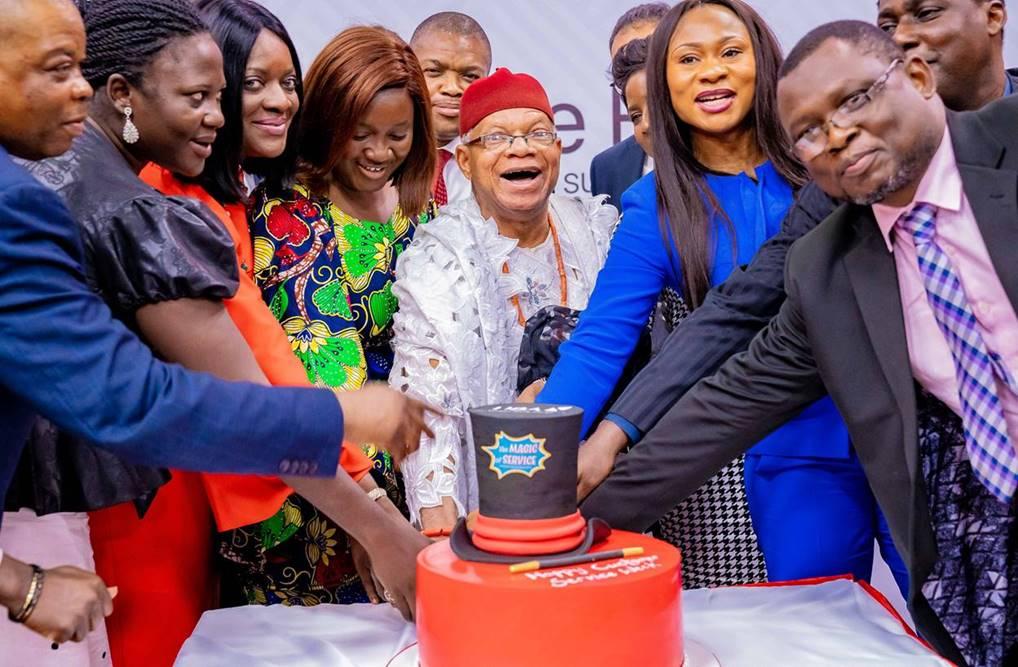 For years, officials of the United Bank for African Bank plc, a Pan African Financial Institution, have known the importance of loyal Customers to its operations. This may have informed why the Bank Authorities have always  introduced  products that would always put the interest of the Customers first in order to retain their  services.is is evident going by  the increase in the Customers base of the  bank  both within and outside the country ahead of other deposit Banks in the country.

Only recently, the Bank reiterated its commitment to surpass the expectations of its customers through the provision of additional products and services that would meet Customers  demand  worldwide. The Bank was said to have made the promise at a special Customers Forum to mark the 2019 edition of the Customer’s Service week, described as the first of its kind in the country.

The forum  held at the Bank’s Marina Head office was said to have  provided opportunity for the Bank Management, Staff and the  Customers to  ‘’share ideas on how to improve customer-satisfaction, in line with the bank’s Customer First Philosophy’’.

Anante  Rao, the Bank Group Executive Director, Customers Fulfillment Center, CFC, who was said to have welcomed the invited the loyal Customers to the forum, had informed them that the Bank has deliberately re-focused and re-engineered its activities to put the customers first’.

He noted that’’.  it has been leveraging on a three-prong lever of People, Process and Technology, in a bid to ensure maximum satisfaction to the customers, without whom the bank will not exist.

The Bank Group Executive Directive Director, who could not hide his feelings explained that, the’’ singular mission of the Bank consistent and superior customer experience has been imbibed into the DNA of each and every staff of the UBA’’.  He is right. From the first  set of Staff, met at the entrance to any Banking Hall of any branch of the Pan African Bank to meet the Front Desk Staff,  Cashiers or any other Staff of the Bank, they are very courteous: You are welcome to UBA. There is no gain saying the fact  that orientation has been institutionalized in all the Branches of BA, across the country and abroad including the Marina Head office, in Lagos.’’ The mantra of our Customers being our employers has been ingrained into the psyche of each and every staff’’,Rao had said

Also speaking,  Dupe  Olusola, Group Head Marketing, disclosed to the admiration of the Customers at the Forum that the bank has tailored a lot of products to’’ assist customers to thrive in their various fields’’, adding that there was a lot of focus on small and medium scale enterprises which are growth drivers of any growing economy.

She opined that at UBA, they are constantly thinking about the Customers, creating personalized products  that  would him or her including the Corporate Customer   to achieve their goals.

According to her, right from the  kids,children, young adults, students to the trader, including the  SMEs; creative industry and Farmers;’’ UBA has something for everyone, and we are here at your service all  time’’, he said.

Goddy Ulasi, one of the notable  Customers , who has banked with the Bank  for over 15 years, commended the bank for helping him and his business grow over the years and called on the bank to make its  rates more competitive to ensure that  more customers and businesses  benefit  from the bank gesture of helping SMEs.

Some other Customers who spoke at the Forum Commended the Bank for the service rendered to them over the years but however, pointed out some areas of improvements and expectation that will be beneficial to the parties on the long run.

In apparent reactions to the Customers Observation and suggestions, Sampson Aneke, Group Head, Transactions and Electronic Banking, insists that ‘’the customers remain the key focus of the bank’’, stressing that the bank officials are already discussing with the key agents to ease of transactions.

Recall that Kennedy Uzoka, the UBA, Group Managing Director, who wrote a statement on the significance of continuous excellent service delivery to customers, appreciated the staff who have worked tirelessly to satisfy customers, and urged them not to’’ rest on their oars’’.

“Let’s strive to put the magical touch in everything we do to create a symbolic service experience for our ‘Employer’ – the Customer!”, Uzoka said.

The theme for this year’s celebrations, “Magic Happens Here”, which an elated UBA Group Managing Director,’’embodies all that the bank represents as encompassed in its Core Values – the 3EEEs: Excellence, Enterprise and Execution’’.

The Bank which was founded about 70 years ago,now operates in 20 African countries and in the United Kingdom, United States and with a presence in France. At present the Bank serves over 17 million customers world-wide with more than 1000 branches and touch points. In 2018, the bank received the award of Africa’s Best Digital Bank by the Banker’s magazine and has continued to receive awards both within and outside the countries for best performances.