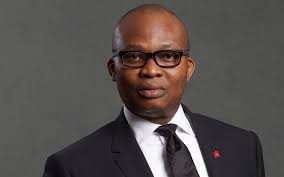 UBA Plc, the Pan-African Bank and one of the leading players in the banking industry in Nigeria has released its 2018 financial result which reflects the bank’s sustenance of its leading position in the market.

According to its financial report recently released at the Nigerian Stock Exchange, NSE, UBA’s gross earnings for the 2018 financial year stood at N494 billion as against the sum of N461.6 billion recorded in 2017, representing a growth rate of 7 percent.

Similarly, the bank’s total asset also witnessed a significant growth of 19.7 percent with a whopping amount of N4.9 trillion, while profit before tax and profit after tax also grew significantly to N106.8 billion and N78.6 billion compared to the 2017 results of N104.2 billion and N77.5 billion respectively.

Other aspects of the bank’s financial report posted for the 2018 fiscal year includes, income from foreign exchange trading which stood at N197.3 billion compared to the 2017 figure of N189.7 billion as well as an impressive 22.5 percent increase in deposits portfolio of the first generation bank which stood at N3.3 trillion as against N2.7 trillion recorded the previous year. According to the bank, the marginal increase in its deposits in the year under review was a reflection of the customers confidence in the bank.

Another key aspect of the UBA financials for 2018 is the marginal decrease in shareholders funds to N502.65 billion which represents 4.8 percent decrease to what it was in the previous financial year.

Expressing his remark on the impressive result of the bank, the Group Managing Director and Chief Executive Officer of UBA Kennedy Uzoka said the result is a reflection of the benefits of UBA’s Pan-African footprints with continuous sustained growth in market share in some of its key countries of operation across Africa. He noted that year 2018 was important for the bank, as it gained further market shares in many countries of its operation. The CEO expressed his excitement at the strategic achievements made during the year under review, especially the inauguration of full banking operations in its offshore subsidiary UBA UK and the opening of the bank branch in Mali bringing to 20 the UBA branches in African countries.

Uzoka, said he is confident that the bank’s performance would even be stronger years ahead and that shareholders stand to reap from the impressive financial growth of the bank would good dividends. He further expressed the commitment of the bank to avail its leadership position to take advantage of the imminent fiscal reforms across many economies in Africa.

It is significant to note that UBA has in recent years undertaken a digital transformation drive to sustain its position as one of the leading players in the competitive industry. One of the revolutionary e- banking product the banking introduced last year to ease electronic banking to its customers is LEO, a chat-banking product which is reputed to be the first of its kind to be introduce by any bank in Nigeria.

Again, beyond the array of customer friendly products in its portfolio, the bank has in the first quarter of this year, step up its network branch expansion across Africa and Europe with the opening of the Mali branch and the United Kingdom subsidiary in the past two months. The Group Managing Director of UBA  says the aim of this offshore expansion drive is to establish a strong footing of the Group franchise in Africa.