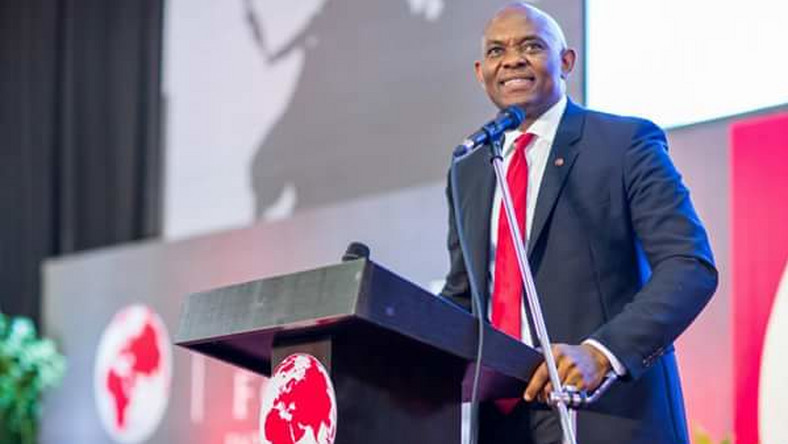 The United Bank For African, UBA, regarded as one of the biggest deposit Banks  appears not yet  tired of churning millionaires in its  ”UBA  Wise Savers Promotion. The Bank was said to budgeted N60  million for grabs  in the promotion exercise that is  expected to produce 20 loyal customers to  join  the country’s rising  millionaire club.

A Statement by the Banks shows that each winner will go home whooping N1,500,000 that would be announced at the end of the Draws. The Bank revealed  that this is the 3rd edition of the quarterly draw for the ongoing UBA Wise Savers Promo. The raffle draw which is set on July 2019 at United Bank’s Corporate Head office will see new millionaires emerge in a transparent draw in the presence of representatives from the Consumer Protection Council, CPC, National Lottery Regulatory Commission, NLRC, and the Lagos State Lottery Board, LLB. It is not surprising why the Bank Customers are jumping to participate the raffle Draw because of its transparent nature as they believe that there would be no favoritism.

“Business watchers believes that this is yet another great opportunity for new and existing customers of the  UBA to take the chance and get closer to their dreams of becoming millionaires  by participating in the Draws.

Note that the 20 winners that would emerge from the Raffle Draw would add up  to the growing number of millionaires who have benefitted from the ongoing” Wise Savers Promo” as a whopping N60 Million is still very much up for grabs” according to Dupe Olusola, the Group Head of Marketing of the Bank.

Investigation  by The Value News show that to qualify for the draws, the new and existing customers of the Bank are expected to save at least N10,000 each month for three consecutive months before each draw date. Alternatively, they can make a one-time deposit of at least N30,000 to be saved for 90 days. The promo will run all through 2019 and a total of 80 people will have ultimately become millionaires at the end of the year”, Mrs. Olusola had said.

Giving an insider information of the last two Draws  that was organised by the Bank in which  the lucky winners, who cut across all regions of the country had emerged to join the millionaires club , he disclosed  that this third tranche of the exercise  would not be different  from the previous Draws..

The  promo, was said to have started  in Septemeber 2018 , with  40 customers winning N60m in the two previous draws and is expected to run till September 30, 2019 where another 40 customers from across the country will become millionaires, winning an additional  N60 million in the remaining two draws of the promo. The Bank , according to sources has set aside N30million to reward Customers that would participate in the Draws.

Ayo Liadi, Executive Director, Lagos west Bank who could not hide his feelings is happy  that since the exercise  commenced , it had impacted positively on the lives of many Customers  of the Bank, noting that more loyal Customers  are still going to win  N1,500,000 each.

An elated Ladi, described   “the Wise Saver’s promo as a” genuine proof of how a bank that prioritises the growth and development of its customers, helps them  grow and actualise their dreams”.

We are happy and impressed with the lives that have changed for good since we commenced in September 2018, he had said.

He noted that knowing full well that the Bank job is not complete until the customer succeeds,  they are now motivated and inspired to do so that customers can more easily achieve their dreams and goals in life. I am pleased that this cash prize can go a long way in the lives of many. It is not surprising why he loyal customers of the Bank to be part of the promo as he put it” you never can tell, it could be you”.