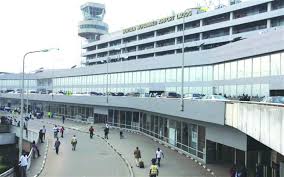 When Hadi Sserika, a Senator of Federal Republic of Nigeria and minister of Aviation , announced that  the  the Nnamdi Azikiwe International Airport, Abuja, the Federal Capital Territory, FCT,and Murtala Muhammed International Airport, MMIA, Ikeja , airports,  Lagos, would be opened for flight operations to resume on Wednesday  July 8, 2020, not many people took him serious.This is because it was not the first time for the minister to have  made such a promise which were never kept.

Companies which have business relationship with some of the airline  may have been convinced that the ministerial l pronouncement  has  come to stay  as it has the backing of  President Muhammadu  Buhari . The movement in the airline offices at the Nnamdi Azikiwe International Airport, Abuja and the MMIA, Ikeja, further convinced them that the domestic flight operations would commence as promised by the minister.

The pandemic had  forced  the airline operators  to ground their  passenger  Boeings 727 ,737 and other aircrafts in their fleet   as the airports were closed by  the CAA, on the orders of the Katsina state born Nigerian  President in the wake of the outbreak of the disease  in the country.   The minister  had said that  Port Harcourt, Owerri and Maiduguri airports will reopen  for Commercial   flight operations on July 11, 2020  He disclosed that  other airports across the country   will  join on July 15, 2020.

Business analysts believe that the return of the  airline operators into business will save the nation’s aviation  industry  from total collapse. Until the government took the decision to order the airline operators to put  back their aircrafts which had  been out of service over the last four months  on air, the  industry was gasping for breath because of the billions of naira that had been lost lost r.  Serika, the minister of Aviation painted a gory image of the situation  when he  said ‘’airlines in Nigeria   were losing   N17 billion each month  since the  nation’s airports were closed in the wake of the pandemic.

The airline operators may have put the bad times behind them as they were said to have  begun  preparations to resume operations next Wednesday. They  were said to have perfected arrangement on how to recoup their lost revenue  in the last four months by increasing fares in all routes.

This means that passengers planning to  travel  by air  from Wednesday, July 8, 2020, when domestic flights would  resume  in  Abuja and Lagos, the country two major cities, should be prepared to pay more to get to their destination.

Insiders told The  Value News  that the  fares in all the routes  have  been doubled, meaning that only the rich and Companies which  could afford it for their staff  could now fly. The airline operators may have  agreed  to increase their fares  in a bid  to abide  by the WHO, and the NCDC social distancing Protocols.

Take for instance, Dana airlines, was said to have increased  its fares for Economy Discount Class  Seat by 75 % , from N18,000.00 to N33,000.00 while the Business flexible  was increased to N73,00.  Air Peace, it was confirmed  had jerked up  fares on all the routes by 43 % while  Arik  increased its fares by modest  by 29%. Azman Air, Aero Contractor and Ibom Air , which recently  acquired  its fourth  Bombadier C900 , according to an insider are yet to load their flight schedule and fares for flight resumption.

In spite of the fact that the airline operators have not  actually started operations , Musa Nuhu, Director General, NCAA, at a virtual meeting  with the industry stakeholders  last  Thursday may have , sent jitters down the spine of the operators  hen disclosed that  eight commercial planes  had been grounded, an indications that the planes   might  not resume operations  alongside others on Wednesday, July 8, 2020. The Magazine learnt that the  formal sanction  to ground an additional 10 planes   was issued  to the affected airlines on Friday, July 3, 2020. This brings to 18, the total number of aircrafts  that  have been taken  out of operations  ahead of the  resumption of domestic flight operations  starting from Wednesday, July 8, 2020.

The planes were said to have been grounded by the NCAA, for’’ non-compliance to  the  COVID 19   safety protocols’’. The implication  of  the NCAA decision would be that passengers would be jostling for the few  available    functional  plane Seat that  were given clearance to operate.