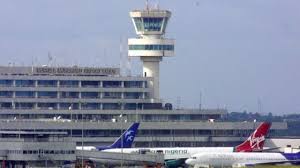 In spite of the initial reasons making the rounds that it was because of the Wuhan Town in the Hebei Province of the Asian country of  China  emerged coronavirus, popular, COVID 19, that informed why the government denied giving  flight approva into Nigerial to some Foreign airlines, there may be more to it.

This is evident going what  hadi Serika, minister of Aviation , from President Muhammadu Buhari, home state of Katsina, had said last  August  on the issue.  The minister had said that the  government will implement  a reciprocity  clause  by banning  flights  and airlines  from countries  that had put  similar  bans  on flights  from Nigeria   as nations open their airspace  amidst COVID 19.

It was therefore not very surprising  when the minister   announced on Thursday, September 3, 2020, the flights and airlines from the Asian, European and African countries including North and South American Continents that  had been denied  Flight approval into the reopened   Nnamdi Azikiwe International Airport, Abuja, the Federal Capital Territory, FCT ,and  Murtala Muhammed  International airport, MMIA,, in Abuja,  Ikeja, Lagos,  on Saturday, September 5, 2020.

Given an insider of information  of the airlines that were not allowed  to  join the British Airways, popular, BA, Emirates, aUnited Arab Emirate Airline, UAE, Airlines,  Middle East Airlines, Turkish Airlines, Ethiopian  Air, Egypt Air and Virgin Atlantic, to resume  flight operations in Nigeria for now was Sirika, the Aviation minister.

The  Foreign airlines that were said to said to been  affected by the government policy  as released by the  minister  included  the German  giant, Lufthansa,  Air France, KLM, Etihad, Royal Air Morocco , TAAG Angola airlines,  Air Namibia and Rwandia Air.  Cabo  Verde and South African airlines may have been include on the list  as the two  Africa countries were yet to resume  Flight operations .

Many believe that  Lufthansa, which had been experiencing loss of over  $$1.1 million  per hour,  in flight operations since the outbreak of the pandemic last, March may further go down the drain   in the global  aviation market   with the  denial of  flight operations to Nigeria  which has heavy passenger traffic.

. This is because its  airbus, most of its bus, Boeing 747, which  it had planned to use with the resumption of flight into NIgeria will further be put of use. Even, KLM and Air France, which also have  Boeing 747 , air bus , in their fleet, may  be facing such    heavy financial loses as well as they have lost out in the Nigerian   Aviation market due to the government policy. Before the  shutdown of the  country’s International airports   on March 23, 2020, by the Katsina state born Nigerian  President, to stop further spread of the COVID 19, Lufthansa, KLM and Air France alone,  through Combined flight with other African countries , particular, Ghana, or direct flights , make  two to three  flights to Nnamdi  Azikiwe, or MMIA, daily but that had stopped with the government policy.

The  Value News learnt that prior to the  government decision to scale down the number of  flights and airlines  that would be allowed into the two reopened  International  airports in the country, about  25 of the Foreign airlines from Africa, Europe, Asia, North and South American Continents had  expressed interest to participate in the resumption of flights into the country this Saturday.

But the airline operators  may have known that there was  problem ahead when the government scaled   down  the flight operations  to four that may land  in each of the two reopened airports daily with their approved passengers in line with the COVID protocols. The  approved   airlines both Foreign and Local, were  said  to have been  fully booked , despite , the high  cost of air   ticket as at Friday, September 4, 2020, in readiness to commence flight into Nigeria on Saturday on September 5, 2020.

.The four flights that were approved that should  land at  any of the two reopened International  airports daily  are  expected to airlift 1,280 passengers . The question on the lip of Aviation watchers was how the 1, 280 Passengers would be allocated to the airlines?

The government was said to have  made it clear to the approved  from onse f the resumption of flight order,   that the airlines  which   fail to  comply  with  the pre-boarding  requirements  would  be fined $3,5000 per passenger.  It was said to have read he riot act to the Passengers,  that those  who fail submit  themselves   or declare  their PCR , test  ‘’ would be placed  on the watch list for six  months or denied Foreign travel for six months’’.

The Aviation minister may not have  made matters much more difficult for the airline passengers when he  said that  those who ‘’display  COVID 19 symtons  on  arrival into the country  would not be allowed self-quarantine but would be  placed on institutional quarantine’’.

The Magazine had  visited the Nnamdi Azikiwe  and the MMIA, to ascertain how prepared the Civil Aviation stakeholders are ready to receive the flights and found that most of the airline offices at the airport are  wearing a look as  the  staff were  in high spirit to attend to their passengers .  Eve most of the shutdown businesses at the airport including the Bureau DE ‘Change had opened up for financial transactions with their Customers.

As a prelude for the resumption of flights in the country as planned this Saturday, September 5, 2020, Musa Nuhu, Director General, Nigerian Civil Aviation Authority, NCCA, and  his counterpart at the Nigerian Airspace Management Agency, NAMA,   were said to have officially notified  the approved  Foreign airlines,  and the Civil  Aviation Community b of the flight resumption.

There are indications that  British Airways, popular, BA, Delta, a United States airline, Emirates, from UAE, Kenya airways, AWA and Middle East air have been scheduled to  fly into the MMIA, with the resumption of flight operations today, Saturday, September 5.

For the Nnamdi Azikiwe, International airport, the  following  Foreign airlines  were said to have been scheduled to land at the airport.  The flights, a source disclosed included   BA,  Egypt Air, Emirates Ethiopian airlines AWA, Middle East Airlines and Turkish airlines.

Aware that the gradual reopening of the International  airports  across the country may not lead  to quick and faster  recovery of the nation’s  aviation sector, the  airline  operators and the industry stakeholders were said have urged the Nigerian government to reopen the closed borders with the  neighbouring countries of Benin Republic, Niger and the Central African country of Cameroon,  for improved interconnectivity of flights and faster recovery of the aviation sector.