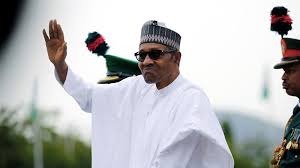 The on-going  Border drills, which had resulted into the partial border closure with neighboring countries of Republic of Benin, Niger, Tchad and the Central African country of Cameroon, regarded in Customs circles, as parasitic countries,  appears, to have had a sweeping economic effect on all the members of the West  and Central African sub-regions.

This may have forced Nana kufo-Addo, the President of Ghana, the President of Ghana , , whose country is also being affected by the border closure, over the sale of the country’s  manufactured goods, particular, fabrics and Pharmaceutical products in the Nigerian market to intervene to save the situation from getting worse.

At the instance, of Akufo-Addo, the Ghanaian President, Shrley Botchwey, the country’s Foreign Affairs and Integration minister, was in Nigeria on Thursday, October 16, 2019, to rub minds with Geoffrey Onyeama, his Nigerian counterpart. Given the importance attached to the visit by the Ghanaian President, was aid to have given approval Kyerematen, the minister of Trade and Industry to accompany the Foreign minister and Integration.

They were said to have been given audience by Onyeama, who made it clear to them  that ‘’ that the country has no  ulterior motive to cripple the economy of  any country in the  region    but to stop the criminal activities going on across the borders where  Nigeria has been turned as a dumping ground  for  prohibited goods, particular, , foreign rice, small arms and weapons and foreign manufactured  goods that are on the ECOWAS Trade Protocol.

Note that Ghanaians are left out in the Criminal activities at the border area with their  Nigerian Collaborators. This is because  virtually  all the smuggled  parcels of Cavanabis Sativa, popular, Indian Hemp,   which are  grown in the West African country but exported to other African countries, particular, Nigeria,   had been intercepted at several times by the patrol teams of the Seme Command , of the Nigerian Customs Service, NCS, under the close watch of Muhammed Ubah Garba, the Area Comptroller . There was an incident of 1,582 parcels  of the dangerous drug,  concealed  in an Indomie  truck  and another   notable interception of   55 parcels concealed in a Sienna bus, all traced to Ghana. Valuation experts put the value of the  locally produced  weed turned drugs at over N30 million.

Indeed, the Ghanaian ministers may have  left Nigeria fulfilled that their mission was not in vain as Onyeama, the  nation’s Foreign Affairs minister, who may have spoken the mind of President Muhammadu Buhari, had   assured them  that the borders would be opened as soon as possible  if the  member countries  of the ECOWAS, subregion, particular, Benin, Niger and Tchad, which are the closest neigbours   are ready to observe the trade protocol. to ensure that  the free movement  of persons , goods and services will continue.

Security watchers believe that Onyema, the Nigerian Foreign minister, may have  informed his Ghanaian counterparts that the borders would be opened  for free movement  of persons, goods and services to continue , to keep their mind at rest . This is because he knows that Buhari, the country’s President , would not go back on his words until Patrick Talon of Benin, Mohammad Isoufou,  Niger, Idris Derby, Tchad and Paul Biya of Cameroon,   address  the trade issues  raised  which over the years had been abused by the countries with impunity.

Investigation by The Value News shows that over 30 items  including  approved for sales in the ECOWAS sub-reginal market  and the Companies manufacturing them  are located in Nigeria and  about 40 of such items in Ghana. The French speaking countries of Republic of Benin, Niger and Tchad, may have found their countries to be at a disadvantage  compared to Nigerian , which has the market , because of its of  about 200 million, as their    combined manufactured goods  for sale  in the sub-region   was just about  10 items.

They are lime, Emulsion paint and floor paint, which are manufactured in Niger, with the registered Companies, non cocoa based confectionary,   Mattresses, Foam, Refrigerators, Air Conditioners ,Matches, Galvanised buckets  manufactured  in Benin. These may have encouraged Benin to allow  the land –locked countries of Niger and Tchad, to o use their harbours to import their transit cargoes . Note that  past and present  government of Benin had opened up the country’s economy  for China and India manufacturers to flood  Benin terminal, Cotonou and Bollore  port, the country’s  major  two ports, with their manufactured goods.

Customs sources, told  The Magazine that some of these foreign manufactured goods  which are  pushed into  the Benin, Niger and Tchadian, markets,  from the Asian country of China,   were also manufactured by Companies in Nigeria or Ghana, which had  been recognized in the ECOWAS  Trade protocol to be  sold   in the sub-region.  The Liberal  fiscal policy of the French speaking countries  appears to have made nonsense of the ECOWAS trade protocol.

Recall that when Nigeria and Republic of Benin , finally agreed  to join the African Continental Area, AfCTA ,  last July which was capped with the Katsina born Nigerian President and  Talon, his Beninese counterpart , signing  the Agreement on the sidelines,  he had expressed his fears that it might be abused if the right fiscal policies are not put in place by  African countries.

Zainab Ahmed, minister of Finance, Budget and National Planning,  was emphatic:  there would be tremendous opportunities for Nigeria on the Medium term  but noted that it will create a nightmare situation for the country  unless the right policies  and actions are implemented  expeditiously to improve  the nation’s economic Competitiveness.  Aliko Dangote, the President Dangote Group, MAN and Lagos Chambers of Commerce  and Industry  had supported the government decision to AfCTA  but  cautioned that  adequate  measure must be put in place  to prevent Nigeria from being turned into dumping ground for  foreign goods. Dangote, who could not hide his feelings had queried  the rationale behind the  formation of regional economic blocs, if trade barriers  still exist among African countries. The Dangote Group, efforts to export its manufactured cement to other African countries including Benin, was said to have been frustrated  because of the difficulties  the company  go through in exporting  its products  to neighbouring African countries.

Many believe that the French speaking countries, which border Nigeria both in the north and south, may have opened their economies to the   Asian countries of China and India  manufacturers to flood their market with such  goods which are manufactured within the subregion and  registered in the ECOWAS  trade protocol  for sales in the sub-region ostensibly  to cripple the Nigerian manufacturers from penetrating the regional market.

There is no gain saying the fact that  Benin, Niger and Tchad, knew that thy do not  have the market  and or the economic power  to consume the imported items into their countries, but to open their countries as a base for smugglers to use  to carry out their nefarious activities.

There are indications that many Nigerian Companies, which goods  could not compete  with the Chinese manufactured products  because of the relative cheap price have been  forced to close down, throwing many  people into the unemployment market.

At present, virtually all the industrial Estates in Lagos and Agbara, in Ogun state, are awash with closed down factories and their workers asked to go home until  such a time the Companies would resume production again.

The Katsina born Nigerian President  who  respects the trade protocol  of the regional body may not have found this funny that companies  operating in Nigeria are closing down  or relocating to Ghana or Cote d’Ivore to manufacture for the Nigerian market.

MAN  had reported that that in 2017 alone,, about 272 Companies  had closed down production, across the country  while some had  reduced their production .  The Association further disclosed  that more than half  of the surviving Companies  could best be described as ailing, thus posing a threat to the country’s manufacturing sector.

Recall that in 2009,the Association  had raised alarm  that 820, Small and Medium Scale, SMEs Industries , had closed down, for then President Goodluck Jonthan to do something urgent , to force  the member countries of the ECOWAS sub-region to respect the ETLS  protocol. The situation was made worse as Thai farmers  found Nigeria as  a new market to sell their Parboiled rice which are imported through Republic of Benin ports and smuggled into the country through unapproved routes.

Now , the government  , through its Agricultural policies, has encouraged may Nigerians , including Companies to go into rice production, to force the Thai par boiled out of the Nigerian market.  Benin, which is generating generous revenue from  re-exporting the Thai parboiled to Niger and Tchad, appears to have resisted the government efforts to stop the importation of the foreign rice , which is never consumed  in their country but smuggled into the Nigerian market. Perhaps, this may have informed the reason why  Buhari and top government functionaries, including Hameed Ali, a retired Army Colonel and Comptroller General, NCS, has made it clear, that unless the neighbouring countries are ready to respect the ECOWAS trade protocols, the borders would remain closed.