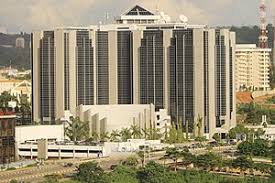 When president Muhammadu Buhari assembled the some of the best brains  in  the  country in his new Economic Advisory Council, EAC, to replace  the old   Economic Management Team Headed by Yemi Osin bajo, many people were optimistic that the Council members  would deliver on their  mandate.

They have every reason to think  so because the  members, have a  direct access to the Katsina state born Nigerian President  and are expected  to advise him on economic policy matters including fiscal policy matters,particular, Forex Management,  including Fiscal policy analysis,  economic growth and a range of  domestic and global  economic issues.

More so, they had  expected  the Council members l to take advantage of the monthly Technical and scheduled quarterly meetings which ought to be held  with the President  to push forward their demands for better economic policies for the country.

Doyin Salami , a Professor and Chairman of the Council and his Council  members which  include Chukwuma Soludo, a Professor and former Central Bank of Nigeria, CBN , governor, may  not have lived  up to expectation  as the naira had continued to witness a free fall in both the official and Parallel markets in the recent time.

Indeed, instead of using their privileged position  to provide a breather to Godwin Emefiele, the, CBN, governor, to effectively  manage the  Foreign Exchange market, Forex, to sustain the relative stability in market over the last four years  it had slipped off  the  bank’s hand as  Speculators take over.

Many believe that their refusal to put down their feet down  to advise the President on serious economic matters, and  who in turn should give a matching order to the CBN,  governor and his Management Team to act may have given the Speculators  and other foreign exchange  dealers, the ammunition  to hijack the market and dictate the rate of the naira  against other  major Currencies in the world  based on the high demand.

The situation in the Foreign Exchange Market has become so bad  with the outbreak of the Asian country of China Coravirus , described as pandemic and the drop in the price of Crude Oil, the country’s major source of Foreign exchange earnings , in the International Oil  market .At present, it had nosed dived  from the 2020 budget benchmark of $57 per barrel to between  $31 and $33.

.Financial analysts believe that the drop  in the country’s Forex earnings  from Crude Oil sales in the International Oil market  in the last two and half months  have distorted the government  funding of Forex market , thus making the dollar and other major Foreign Currencies unavailable in the Forex  market for the banks and the Bureau DeÇhange Operators, popular, BDC.

Note that over the last one week, the exchange rate  of the  naira to the dollar at the BDC, which had stayed quite stable at around N360 ,00 to a dollar since mid 2017, had  reached an all time high of N430.00, fueling speculations that it might hit N400.00  before the end of the second quarter of this 2020  fiscal year. This may have forced the CBN  to adopt a panic Forex policy measure checkmate what is happening in the market  in by devaluing the naira to benefit from the free fall of the naira  in order to raise  more money for the government to fund the over N10.30 trillion 2020 budget estimate.

As a prelude to helping the government to generate more local Cureency  from the sales of the  dollar  to the banks and the BDC, at the Forex market,  Emefiele , who appears to be under  intense pressure was said to have  introduced a new lexicon in the management of the Forex market  to justify the action that had  been taken by the bank over the  devaluation of the naira. Instead of coming out clearly to tell Nigerians that the naira had  been devalued , to N380.00 from N360.00 to a dollar, he described  it as an Adjustment in Value.

Analys believe that the Delta state born CBN governor had seen  the continuous devaluation of the naira over the last four years as a way to win the heart of the Katsina state born Nigerian President in order raise more local Currency for him  to run the government , service the country’s domestic and foreign debts including  provision of basic infrastructural facilities in the country.

Financial analyst believe that Emiefele, the CBN, governor may have exposed himself to the public about the recent 50% devaluation  of the naira to the US  dollar, when he issued a Circular to all the banks  and  the BDC on Friday, March 20, 2020, on the amount that the dollar would be sold to them at the Forex market.

He had said  that  the BDC, would  be  buying the  dollar  from the apex bank at N380.00 to but  should not sell it  to the end users above the amount to ensure that it is available in the market .  He may have shot himself on the leg when he said that the BDC, Operators who have the capacity to sell more than the   N380.00 to a  dollar, are free to so. But the Deposit banks, he said . would   source their Forex  from the apex at N376.00 to the dollar but sell at N377.00  to a US dollar to the end user.

In justifying the recent devaluation in the value of the naira against the US  dollar at the Forex market, he had said that ‘’it is the responsibility of the bank to  adjust the naira’’ , which is the country’s local Currency when the need arises. He noted that the bank has ‘’no hand in what happens in the Investors, Exporters and End Users window’’.

According to him, the Investors and  Exporters who are the dominant windows in the Forex Market,  dictate  the exchange rate  in the market, insisting that’’ the apex bank has no hand in it’’. Bank sources told The Value News,    that the CBN  governor was merely acting out a script from  the Presidency  in the management of the country’s Foreign  currency  generation from crude oil sales in the International  oil market to raise  money for the government .

The fear in both official and unofficial circles was that the CBN governor had provided a soft landing dealersdealers , particular, the banks to make   the US dollar scarce in the Forex market, by resorting  to hoarding to force the demand to outstrip supply  in order to push up the rate or direct the Customers to the  BDC,  in which  the bank has a strong link.

Given an insider information about the recent Adjustment in the value  of the naira in the Forex market,  the CBN governor may want public to believe  that the  fraudulent  activities of Speculators borne out of the fact that the CBN was at the verge of devaluing the naira  triggered  panic buying of the dollar  in the market which  created  the artificial scarcity of the  dollar  in order to ’’serve their dubious and selfish ends  of jerking  up  the exchange rate, thus weakening the naira’’.

Perhaps to bring the Forex  Management  situation of the country  under control, an aggrieved Emifiele  may have gladdened the heart of Nigerians when he said the bank has commenced  investigations with the Nigerian Financial  Intelligence  Unit, NFIU, and other related agencies like the Economic and Financial Crimes Commission, EFCC,  to unravel  the dubious Speculators and the other  dubious Forex dealers.

Isac Okoroafor, a Deputy Director and  the bank Spokesperson  explained  that there was no reason for the recent Adjustment  in the  value of the naira to the US dollar because  the apex  bank had maintained relative  stability in all segments  and  management  of the country’s  Forex  market  over the last four years.

In spite of the fact that the CBN, governor  had  used  his knowledge and understanding of the  Forex Market and the economy to convince Nigerians that the recent drop in the naira was not a devaluation  but an Adjustment, not many Nigerians took him serious because of the fear that it would trigger off  Inflation in the economy. They cited  the  Border closure across the country with the neighbouring countries of Benin Republic, Niger and the Central African country of Cameroon which had made the case worse.

But Kingsley Moghalu,  a former CBN Deputy governor in-charge of  System Stability  would not think so. The former CBN top official  believes  that’’ there was nothing wrong with the recent devaluation of the local currency insisting that  it was  long over –due to push up  the economy to a manageable level’’