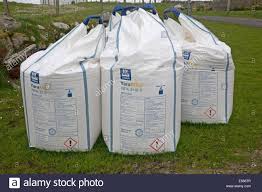 Godwin Emiefiele, the governor of the Central Bank of Nigeria, CBN, is a happy man. This is because his plan  to  place more food items  and NPK fertilizer   on the forex prohibition list  had won the heart of President Muhammadu Buhari.

Emiefele may have made up his mind in 2018, that more food items and NPK fertilizer   must   be placed on the forex prohibition list  while on a tour of the Dangote  gigantic  Refinery and Fertilizer projects at the Lekki Free Trade Zone, in Lagos state.

He had told those that cares to listen  that there was no going back on the policy  to place more food items and NPK fertilizer on the  forex  prohibition list  as the completion of the Dangote’s $2 billion  dollars  plant , described as one of the biggest in the  African Continent and the $9 billion refiner   is nearing Completion.

It is interesting to note that in December 2018,  the apex bank had placed the NPK fertilizer, on the list  of imported goods    that may no longer be eligible for forex allocation at the official market but that was  how far it could go. `

Investigations by The Value News shows that between 2015 and now, the country had spent billions of dollars to import food items and NPK fertilizer including Petroleum Products, from Asia, Europe, and the North American country of the United Stated States, US, and South Africa. Take for instance, in 2018, the country was said to have spent $175.15 million on Fertilizer imports, alone.

The United Nations COMTRADE database report on International trade  shows that the country’s fertilizer imports data, historical chart and statistics, was last  updated   in September  of 2020, which was very revealing. The country was said to have spent  about $1.3 billion  on Cereals import which include  maize in 2019 alone.

This may have informed why  the Katsina state born Nigerian President quickly endorsed   the CBN, proposal   to stop more   food  items and NPK fertilizer importers from sourcing their forex from the bank official market .

An aggrieved Buhari who may have seen reason to cue into the CBN decision to ban  more food items and NPK fertilizer importers  from accessing the forex market. He   had  said that the importers use the scarce forex  sourced from the official forex market   to bring into the country ‘’compromised food items ‘’.

Appealing  to  the NPK    fertilizer and food importers  to source  their forex from the unofficial market,  he challenged them ‘’to use their money to compete with the local Fertilizer NPK producers.

In 2018, the Leadership of the Fertilizer  Producers an Suppliers of Nigeria, FESPSAN, had  commended the CBN initiative for placing a ban on the importation of Foreign NPK fertilizer ,saying  that it would make  the country to become self-sufficient  in the production of NPK  fertilizer.

Given the interest of the CBN, on the the Dangote multi-million dollars projects, Emiefele was said to have master-minded the donation of  N75 billion  by  the apx bank, to support the business mogol  Refinery  project  and  N50 billion to support  the fertilizer plant .

In taking the decision  to edorse  the CBN, proposal i, banning more  food items and NPK fertilizer importers from accessing the official  forex market,, the  Nigerian  President had explained that it would’’  save the country’s scarce forex reserves  in order  to empower the local producers of the NPK  fertilizer .

He noted  that on assumption of office on May 29, 2015, there were  only three  working fertilizer blending  plants across  the country but the number of   such plants  had increased to  33 as at September, 2020, barely  one year, into his second Term  in Office.

It is instructive to note that the Complaints of the local farmers over the years had been that the locally produced NPK fertilizer could not compete    with the South African blended fertilizer and other imported NPK fertilizer because of the low quality. This may have forced the government to Launch  the National  Fertilizer  Quality Control Act 2019, expected to help  the local  fertilizer  blending  plants  to produce quality NPK fertilizer.

In spite of the launching of the fertilizer  initiative and the CBN, decision to place the product on the prohibition list, in 2018, smugglers, may have devised  strategies to bring the product into the country to beat the CBN and Customs to it in order to meet the demand of their numerous   Customers scattered all over the country because of the alleged insufficient local production of  the local  NPK fertilizer.

Joseph Atta, a Deputy Comptroller of Customs and the Service Spokesperson, may have shocked Nigerians, when  he gave  an insight to the continuous smuggling of the NPK fertilizer into the country. Attah had  confirmed that within the first one year of the border closure with the neighbouring West African countries of Benin Republic, Niger and the Central African  country of Cameroon, the Border Drill, alone, which was a fallout of the border closure had intercepted  and seized  9, 600 bags of NPK fertilizer.

The seizure of the thousands bags of the smuggled NPK  fertilizer  from Benin,  Niger and Cameroon,  may not have  stopped the smugglers from engaging in the nefarious trade. This is evident going  by the thousands of the NPK  fertilizer that had been seized in recent time in different parts of the country, by the Border Drill, and the Federal Operations Unit, FOU, across the country and other Customs  formations.

Recall that Mohammed Sabo Nanono, minister of Agriculture and Rural Development,  who could not hide his feelings at the launching of the Fertilizer initiative  Act had said that ‘’it would  safeguard  and protect  the interest  of the entire  value chain players in fertilizer production  like  the manufacturers,  producers, blenders, importers, distributors and the farmers’’.

The minister had also  said that’’ the Act  would  provide  the enabling environment  for the fertilizer blending plants to grow as well as protect other investments  in the nation’s Agricultural sector’’.

He was emphatic  that it  would  stop the smuggling of the product   but that had remained to be seen as the  smugglers had broken  all the known security  networks   across the country to bring the Foreign NPK  fertilizer into the country.

This is where Hameed Ali, a retired Army Colonel and Comptroller General, Nigerian Customs Service, NCS,  who many  believe is very tough  and his anti-smuggling officers  may have to tighten up security  in the country’s borders, paticular, in the north to stop the NPK fertilizer smugglers.

Worried  that  the smuggling of the farming inputs  had been attributed to the high cost of the locally blended fertilizer products   compared to the imported NPK Fertilizer, the Daura retired  Army  General and Politician,  who has vowed to make Nigeria self- sufficient in food production, has ordered  the blenders of the NPK fertilizer  in the country ‘’to take their products  straight to the state governments for distribution  to the farmers’’.  He  may   have taken the  decision in order t”o  beat  the cartel of transporters  who are undermining the  efforts of the NPK fertilizer  blenders  to deliver the products to the end users at reasonable costs’’.

This may have informed why Hajia Zainab Ahmed, minister of Finance, Budget and National Planning  could boldly say that  the government  ‘’would facilitate  the cultivation  of 20,000 to 100,000  hectares of new  farmlands  in every state of the Federation as well back  the take-off  of agro-processing  plant facilities  to create millions of job opportunities for the teaming unemployed Youths in the country’’.

She may have gladdened the heart of the  Micro, Small  and Medium Scale Enterprises, MSMEs, Entrepreneurs, who had been on the sponsorship of the Tony Elumelu Foundation , named after Tony Elumelu, the founder and  Chairman, United Bank For Africa, UBA plc , a Pan African Bank, when she said that  ‘’the government  will support  their investment  in order to help  keep their employees and boost  local manufacturing of goods’’.

Recall that the Nigerian President had  broken the cheering  news of the government going to support the MSMEs,  when he said’’ that  there are a lots of young people  willing to go into agriculture’’ , stating that ‘’the government  have a lot to do  to support  the young  local farmers in order to tackle  the country’s food insecurity  and high  unemployment level.

Nanono, the minister of Agriculture and Rural Development, had assured the young  MSMEs, Entrepreneur farmers, in 2019, that they have no need to worry about their investment  in NPK fertilizer plants and the Agricultural  sector because of the devastating effect on the economy  by the Wuhan Town in the  Hebei Province of the Asian country of China  emerged coronavirus, popular COVID 19 as the government is on top of the situation to make things  easy for the investors.

The minister had said that the MSMEs Entrepreneurs in the nation’s Agricultural sector  are sure   ‘’every Kobo spent  on buying fertilizer for their farms’ because of the measures put on ground by the government.”  This i as good news for the  young  farmers  who were said to have intensified their investment in Agriculture to cue  into the government Agricultural policy of making the country self-sufficient in food production.

While NPK fertilizer importers are yet to come to terms   with the government policy, in June 2015,  the CBN, on the orders of the President  had issued a  circular , containing  the list  of41 imported goods  and services  that were  banned from accessing the fore market. The figure was said to have increased  with the inclusion of maize and other items in the recent time .