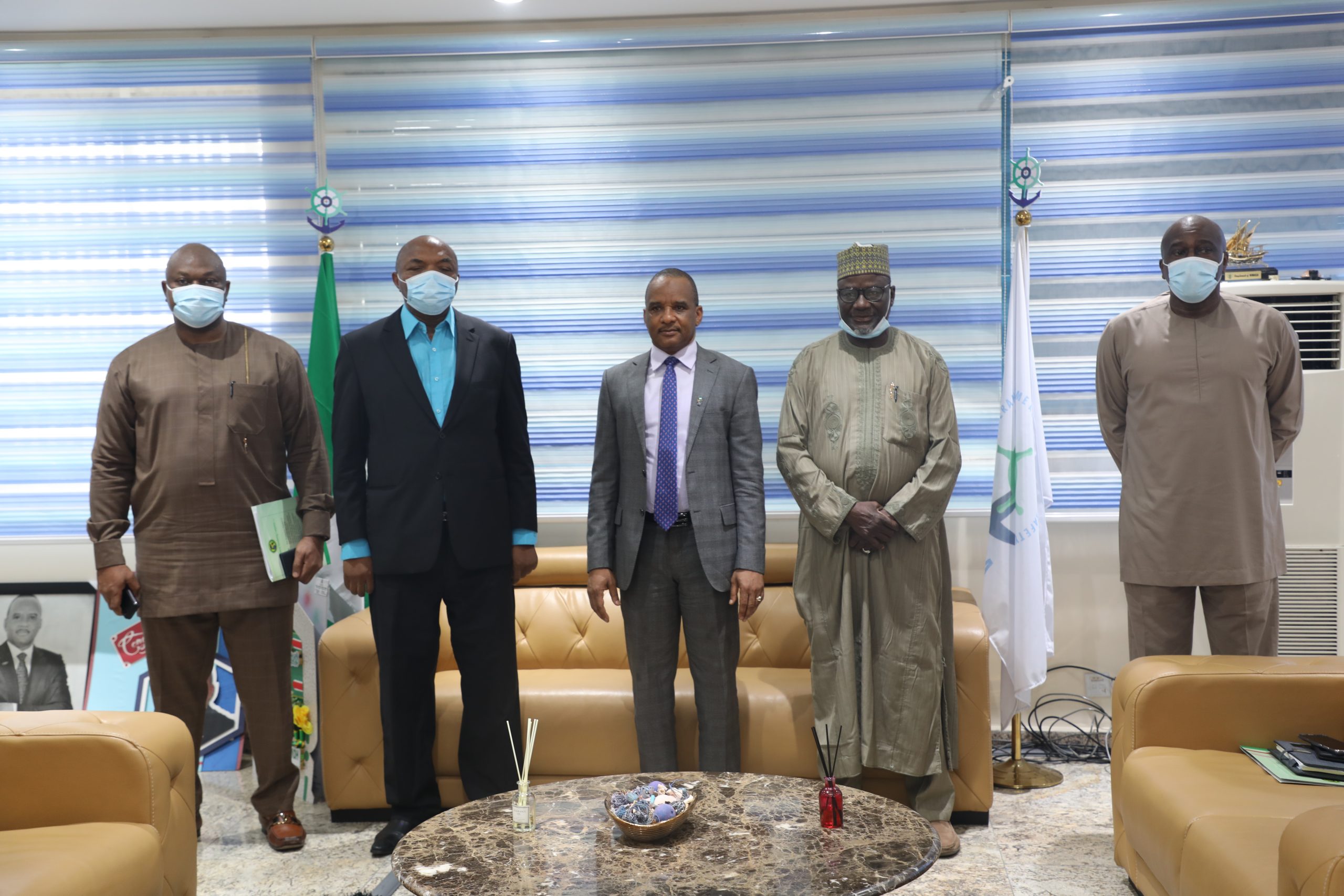 The directive given  to  all  duly  registered  stevedoring Companies with operational  areas  allotted  them by the Hajia Zainab  Bala Usman led Nigerian Ports Authority, NPA, by the Nigerian Maritime Administration and Safety Agency, NIMASA,  barely three weeks ago, have started yielding results.

The   Federal ministry of Transportation agency  was said to have  notified  all  the terminal operators,  jetties,onshore and offshore oil and gas terminals, bonded terminals, Inland Container depots, offshore dock  terminals, dry docks and platforms and other work locations  to grant the duly registered stevedoring Companies access to their premises for Commencement of operations.

The terminal operators and the other work locations were said to have acted  according to the instructions of NIMASA, forcing the stevedoring  companies which had been out of operation  for months to mobilise on site.

Recall that the Bashir Jamoh led NIMASA, had  waned  that only  stevedoring companies registered  in Nigeria  would be allowed to employ docklabour or engage in stevedoring  work on board or from ships. The agency had said that such Corporate entities   ‘’must have satisfied  the requirements  for registration specified in the Stevedoring  Regulation, 2014, and  obtained a Stevedoring license from NIMASA.

The agency was said to have given a matching order to ‘’ every  dock labour employer  or Stevedoring Company  ‘’ to ensure they  provide  proper and safe working conditions  for the convenience  and proper working of the employees and also ensure that  all stevedoring plants and equipment supplied for  their operations are safe and  in good condition’’.

They were equally, mandated  to provide  ‘’adequate insurance cover for health, personal injury, loss of earnings and compensation relating to any accident affecting  dockworkers or Stevedores in the course  of the dock labour employer or the Stevedoring  company. The leadership of the NASC,  may have known that NIMASA , under the close watch of Jamoh, would not take it from any  Stevedoring  company  that fail to comply with the new order that they have hard on the Corporate entities.

During a recent visit of Bolaji Sunmola, the President of NASC, and hisdelegation to Jamoh, the NIMASA Director General ‘ in his  Lagos office, he had  intimated him of the arrangement put on ground  since they moblised on site for operation  to improve Stevedores welfare.

He may have gladdened the heart of the NIMASA boss when he said that the Association ‘’has provided a platform  for discussion and implementation  of policies affecting maritime labour, with the focus on cargo handling operations’’.

The NASC, President who could not hide his feelings was said to have acknowledged  the ongoing efforts  of NIMASA  ‘’to enforce  the new Stevedoring Regulations’’ and  gave his words of  their readiness  ‘’to work  with the agency   to successfully  implement the regulations aimed at improving  its’ revenue generation  and sustaining capacity building  within the nation’s maritime sector.

Many believe that the steps taken by Jamoh and his Management Team, to  force the  Stevedoring companies and other docklabour employers to ensure they  improve on  the welfare of the dockworkers engaged in their operations, they may not have considered it necessary to do so.

For the NIMASA, helmsman to have appreciated the steps  the leadership of NASC, has taken  to improve  the capacity  and welfare  of  stevedores speaks volume. This may have  informed  why  he said ‘’closer  collaboration  between the Association  and the agency  would result in  more efficient  operations  at the ports and better working conditions for the dockworkers’’.

He was said to have  urged  the  NASC leadership ‘’to be more proactive  in communicating the  challenges faced at any point in time  in order  to facilitate the timely  interventions  by the agency’’. He pointed out  that  the  understand   its’  responsibility towards the dockworkers as  it is committed to ensuring   that their ‘’rights and welfare are safeguard all times’’.

Speaking as an insider, he said,’’NIMASA  is, as always willing  and available to assist dockworkers’’, stating that ‘’it  remain committed to facilitating  an enabling environment  for stevedores to operate and thrive’’.

Appealing to the NSA leadership, to ensure deeper partnership and participation of the stevedoring companies  in  the current  effort  to amend the NIMASA  2007 Act, the  Maritime Regulatory agency Director General declared that ‘’it is the only way to realise a more robust maritime sector law that  would work for the country’’.