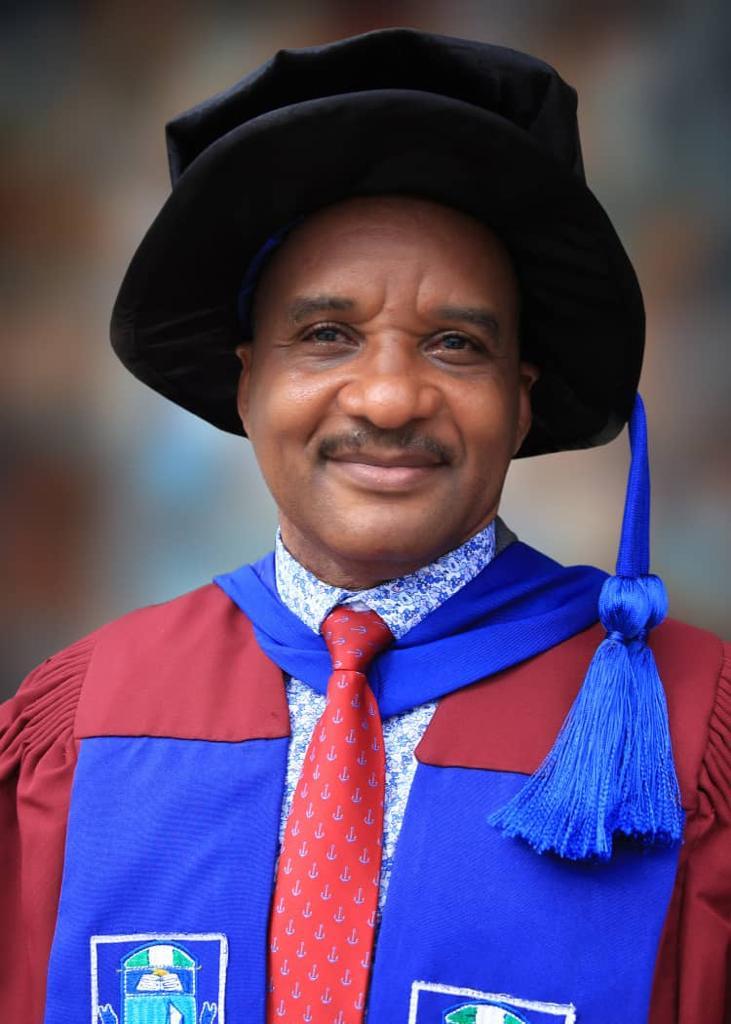 Officials of the Nigerian Maritime Administration and Safety Agency , NIMASA, are very happy.This is because of the appointment of Bashir Jamoh, the agency Director General as the Chairman of the 10-man  Governing Board  of the Centre for Logistics and Transport Studies of the University of Port Harcourt, in the oil rich-Rivers state.

The appointment of the Kaduna state state born Director General of the Maritime Regulatory agency as the Chairman of the University of PortHarcourt Centre for Logistics and Transport Studies had dominated the discussion of the Staff for much of last week and now.

Jamoh was said to have been selected by the University Senate after a careful assessment of the Credentials of all the Candidates, presented for the position, who were said to be holding strategic positions ,both in the public and private sectors, from different parts of the country.

The letter confirming the NIMASA Director General appointment, The Value News was informed was signed by Stephen Okodudu, a Professor and the University Vice Chancellor.

A list released by the University Senate also shows that the Representatives of the minister of Transportation, Rivers state Commissioner of Transport,  Corps Marshall and Chief Executive Officer, CEO,  Federal  Road Safety Corps, FRSC, National Executive Director,  Chartered Institute of Logistics  and Transport of Nigeria,  and Director General, Nigeria Institute of Transport Technology are members of the Board.

Others were the Managing Director, Delta Marine Limited,  Dean, School of Graduate  Studies, Dean, Faculty of Social Sciences and the University Acting  Director of the Centre for Logistics and Transport Studies .

Some alumni of the University, popular, Unique Uniport, who spoke to The Value News said Jamoh, described as a detribalized Nigerian  and an Urbane person, actually deserved the honour, giving his position as the President, Chartered Institute of Transport Administration, CITA.  There  are, howevr, those who beleieve that  that the University Governing Board had given him the appointment to benefit from his wealth of experience  in Transport and Logistics matters and help also help in the growth of  the Centre .

Note that the Maritime Regulation agency, under the close watch of Jamoh, had been giving Financial support the University of Lagos, and other tertiary Institutions which had established Faculty of Maritime Science to  grow.  The  Uniport  Centre for Logistics and Transport Studies  was said to have been established in 2012, with a mandate  to make it one of the foremost   Institutions  for logistics  / Supply chain and transport Management in Nigeria’’.

But  Okodudu, the University Vice Chancellor  said Jamoh  was’’ selected  to be the Chairman of  the  University Centre  for Transport and Logistics by ‘’virtue  of his position as the Director General of NIMASA’’. He noted that the appointment was a testimony of his Contributions to the development of the  nation’s maritime sector and the economy in general.

A Statement by Philip Kyanet, a Deputy Director and the agency Head of Corporate Communications said  the Board is charged  with ‘’the responsibility  of identifying  and developing  strategies  for the growth of the Centre and also effective and equally have a  mutually beneficial relationship  with the government and the Industry stakeholders.

Many believe that it would not be much of a difficult for Jamoh to do because of NIMASA, good working relationship with the Presidency and Federal ministry of Transportation under  the close watch of Rotimi Amaechi, a former governor of Rivers state  and an alumi of the University including the Industry stakeholders.

Many believe that he would be able to draw the attention of the minister and the Industry stakeholders to support the Centre as he would not want it to fail under his leadership.  The NIMASA boss may have shown that he is ready to pilot the Affairs of the Centre and to turn it around going by his acceptance speech. ‘’Iknow  that  that with God on my side , and the active support of members of  the University Community, we shall succeed’’, he had said.

Indeed, the good works of the NIMASA, boss and Contribution to national development may have informed why Douy Diri, the People’s Democratic Party, PDP, governor of oil-rich Bayelsa state, south-south Nigeria, visited him last September, to solicit for his support   in ridding  its waterway  of Criminalities  such as piracy,  sea robbery and build  a healthier  marine  ecosystem for the state.

The governor  believes that only  Jamoh, who is an expert in Transport and Logistics , and incidentally at the helm  of Affairs  at the Maritime Regulator Agency  that could assist the state which  is very significant  in the nation’s maritime Community.

Where there are pressure from several quarters including the University Community to win the attention of the NIMASA  helmsman, who is occupied in the office because of the load of work, particular, restratigising on how to rid Nigerian waters and the Gulf Guinea of Piracy and other Criminal activities to gie a breather to ocean    .