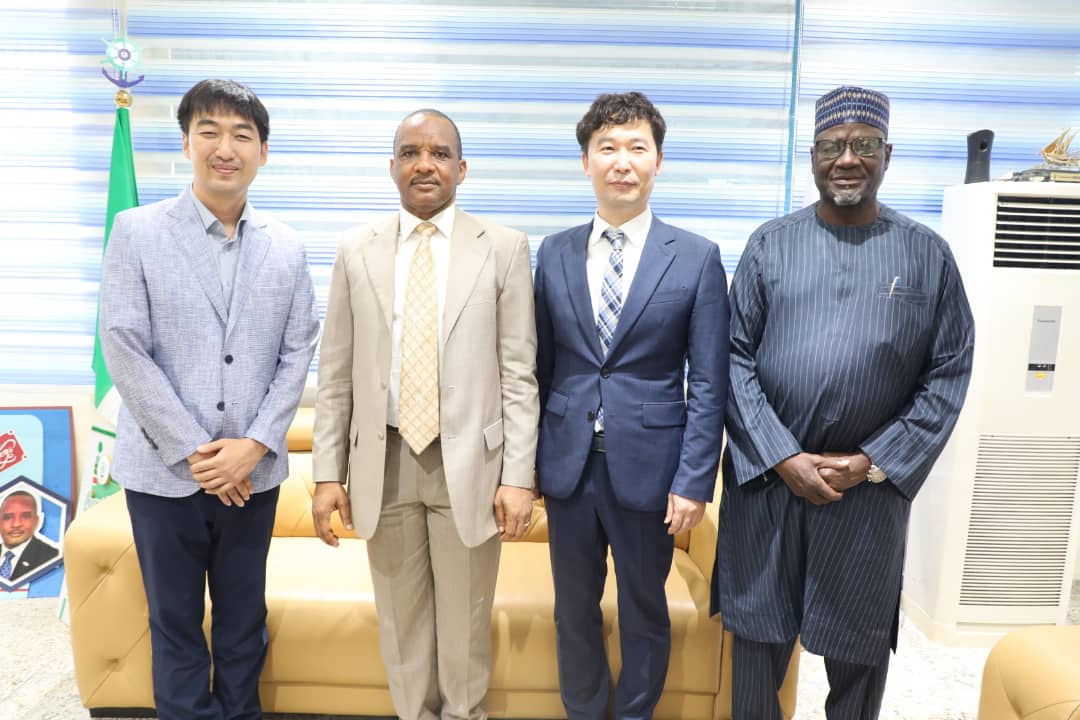 Bashir Jamoh, Director General, Nigerian Maritime Administration and Safety Agency, NIMASA, appears to have to have  taken advantage of  his education at the Korea Maritime  and Ocean University, in Asia, and his wealth of knowledge on maritime matters  to throw the  door open for Collaboration and support from other  nations  to enhance the country’s maritime security.

Between March March 10, 2020, and now, Jamoh,’s avowed intention to make the Nigerian waters and the Gulf of Guinea unsafe for Piracy and other Criminal activities have continued to receive international attention that some countries have declared their willingness to support in order to sustain the war.

Many believe that Jamoh is succeeding in attracting international attention in the anti-piracy war in the because he has the ears of Rotimi Amaechi,  the minister of Transportation and President Muhammadu Buhari. The duo , may have realised that the maritime sector  remains the key to the nation’s economic development with the dwindling revenue from the oil, over the last five years, and thus had thrown their weight on every NIMASA project that had to do with security of  the nation’s maritime domain.

Recall that the government had awarded a $195 million contract security contract, to HLSI Security Systems and Technilogies Limited, an Israeli  firm in 2017 . With the contract,  the Israeli firm was said to have g been given  to take  total control  of the country’s  maritime security.

Known in Maritime circles as  the Deep Blue Project  or  the Integrated  National  Security  and Water Ways  Protecting Infrastructure , which Dakuku Peterside, a former Director General of  the Maritime Regulatory  Agency had said  was   designed ’’to secure the country’s Anchorage  areas in the Lagos ports of Apapa, Tin can Island and the south east ports of Port Harcourt  Area 1, Onne, Rivers port, Delta port and Calaabar port, in Cross rive state.

Recall  that last September, Kim In-Taek, a former   Consul General, Embassy of the   South Korea and Jamoh, the NIMASA, boss, at a  meeting, in Lagos, the nation Commercial  hub had agreed to intensify  their Collaboration  in trade and shiping Development that would be beneficial to  the two countries.   The NIMASA Director General , had pleaded with In-Taek, the South Korea Consul General  to expand the relation with Nigerian  in line with global economic dynamics.

The  NIMASA Director General appeal  may have registered in the mindset of the South Korea Consul General. This is evident going by the response  of  Kang Haenggu, the new Consul General of the Asian country in Nigeria  to the NIMASA boss  at  a meeting in Lagos. Haenggu, who  may  have been told quite a lot about the NIMASA   under the current  Management led by  Jamoh, described as one of their own,  may have informed why  he has sustained the tempo of  discussion between the Embassy and NIMASA  ‘’to enhance trade  and security  of the country maritime domain’’.

Daniel Bertrand, Ambassador designat  of the European country, may have taken a cue from the Haenggu, the Consul General of South Korea , to his words that Belgium would also support  Nigeria to  enhance its   trade and security.

Many believe that it is only someone who understands the politics of the global maritime Industry , like Jamoh, that could attract  such Inernation attention to the nation’s maritime sector this time  around  that the world  is facing the menace of the Wuhan Town in Hebei Province of China emerged coronavirus, popular COVID 19.

An appreciative Jamoh had told the two foreign dinatories that were at NIMASA recently on a Courtesy call to explore areas of Cooperation and support for the agency that the Deep Blue  project , which is the pet project of the agency is nearing Completion. The NIMASA Director general was said to have told his August visitors that 80% of the Assets for the Deep Blue Project, comprising of  Special  Mission Vessels, Aerial Vehicles, and Armoured vehicles, had been  by the Israeli  security firm to the agency.

He was  said to have also informed them that   that the information and the intelligence hub of the project , the Command Control,  Communication, Computer  and Intelligence Center, C4I, which was Commissioned in August 2019, had been to use,

He may have drawn the attention of the South Korean and Belgium  Embassy Officials of where  their countries could easily come in to assist Nigeria, when  he said ‘’the Centre  is up and running  with  round-the Cock production  of needed  maritime awareness.

According to him, ‘the Centre had variously ‘’helped  to identify  and monitor  the activities in black spots in Nigerian waters and the Gulf of Guinea, leading to arrests of Pirates and other Criminal elements by the Nigerian Navy in the recent times.  Giving a further insight to the Deep Blue Project, an  elated Jamoh said   the training  to man it had commenced  and would be concluded  this October , ahead of the  deployment  of the maritime  Assets  by December, 2020.

This ay have informed why he called for  South Korea and Belgium Investments in the nation’s maritime domain in the Areas  of removal of ship wreck, ship building  and assistance in the training  as well as Certification  of Nigerian seafaerers.

Philip Kaynet, a Deputy Director and Head of the agency Corporate Communications  in a Statement said Haenggu , the South KoreaN  Consul General and  Bertran the Ambassador designate of Belgium, in their separate submissions  had pledged  their determination  ‘’to improve  ties between their respective countries  and NIMASA.Bertrand who could not hide his feelings   had said that his  priority  was ‘’to  promote  Commerce   between his home country and Nigeria.