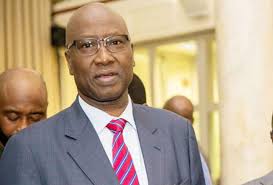 Between Monday, May 4, 2020, and now, confirmed  the Wuhan Town in Hebei Province of the Asian country of China  manufactured Coronavirus cases, popular, COVID 19, in Lagos, the nation’s Commercial  nerve center, described as the epicenter Of the disease, by the Nigeria  center for Disease and Control ,NCDC, had been on the increase without showing any signs of declining     in the recent time.

This is an indications that the health agency under the close watch of Chikwe Ihekweazu and the Presidential Task Force, PTF, under the Chairmanship of Boss Mustapha, who incidentally is the Secretary of the Federation have much work  to  do to bring the situation under control.

With more than half of all the states of the  Federation  gradually  relaxing  the lock down the past two weeks, the situation appears to have become worrisome in Lagos, though there had  been a  consistent decline in the confirmed  Case in  Abuja, the Federal Capital Territory, FCT, which was initially ranked at the same category with Lagos, thus forcing President Muhammadu Buhari  to declare a two week lockdown of the FCT, Lagos and  Ogun , because of its proximity to Lagos.  The lockdown was later extended by another two weeks in order to  force  people to  stay  at home  to bring the situation under control but that was how far he could go. The governors had followed  suit to do same in their respective states.

No sooner  had the Kadsina born Nigerian president  announced a phasing of the lockdown in Lagos, Abuja and Ogun, than the governors began the relaxation of the lockdown in their states. The latest statement by the NCDC  had shown that the  confirmed new discoveries of the disease  had been fluctuating in the past one month with Lagos topping the list.

The report which was released late Saturday , May 16,2020, shows that there  were 176  confirmed new cases , thus bringing the total number of infected patients in the country   to 5, 621. Lagos alone, according to the NCDC, report,  had  produced  95, confirmed COVID 19, Cases. The bad news  was  that three  of the returnees recently evacuated  from Dubai, United Arab Emirate, UAE, and quarantined in Lagos, for the mandatory two weeks, who were said to have tested positive to the disease, w may have shut up the Lagos figure.

The NCDC, report, also confirmed that  Oyo which have  never been known to produce much COVID 1 9 patients  had produced 31 infected persons, and 11  FCT, 11.  Kano, Katsina and Jijawa, three north western states , which had been in the news  in the past three weeks   because of the rising cases of the disease  may have shocked may as there were no reported cases of infected patients.

But Kaduna , another state      in the region was said to  witnessed a significant decline  as its figure as at late Saturday was said to have   dropped to 4   while  Borno, a north eastern geo-political region  state, which had witnessed many deaths in the past days  caused by the  disease  was said to have  also had   its reported Confirmed cases of COVID 19  drop  to 8, giving Babagana Umara Zulum, a professor and the state governor a cause to be happy.  But there are fears that that the joy  may be  short-lived  because of the situation of the state which exposes it to all manners of people whose  health status could not be ascertained by  health workers.

Medical experts, however, believe that by the time the NCDC, start administering the drugs   that may be approved by the World Health Organisation WHO, a United Nation’s health agency in its  Solidarity launching and International clinical testing  of the various drugs that had been designed and developed for the Treatment of the disease, the figure of confirmed patients in the country  will drop significantly.

Note that with the expiration of the additional two weeks lock down of Ogun state,  Dapo Abiodun the Ogun state governor , who had earlier  extended  the lockdown in the state by week  was said to have  further extended by an additional one week but maintained the night curfew  approved by the President must be enforced by security agencies personnel.

The situation Kaduna  was not different  as Nasir el-Rufai, the  governor  , had earlier  extended the lockdown in the state   by one month based on the recommendations of the state Committee on COVID 19, headed by Hadiza Balarabe, the deputy governor. The governor, according to Muyiwa Adekeye, the Special Adviser on Media and Communications had reviewed the quarantine orders to strengthen the provisions against unauthorised   movements  in  the  state in order to curb the spread of the disease.

Meanwhile the northern states governors in a bid  to contain the disease in the region had signed an agreement  for the deportation  of Almajris from the  various northern states  to their indigenous states. The Kaduna  state  governor who could not hide his feelings said  the COVI 19, had  provided opportunity  for them  to relocate the almajiris as many of them deported from Kano back to the state could have died  if they had remained  in Kano. He disclosed that over 30,000 almajiris have been sent back  to  their indigenous states so far.