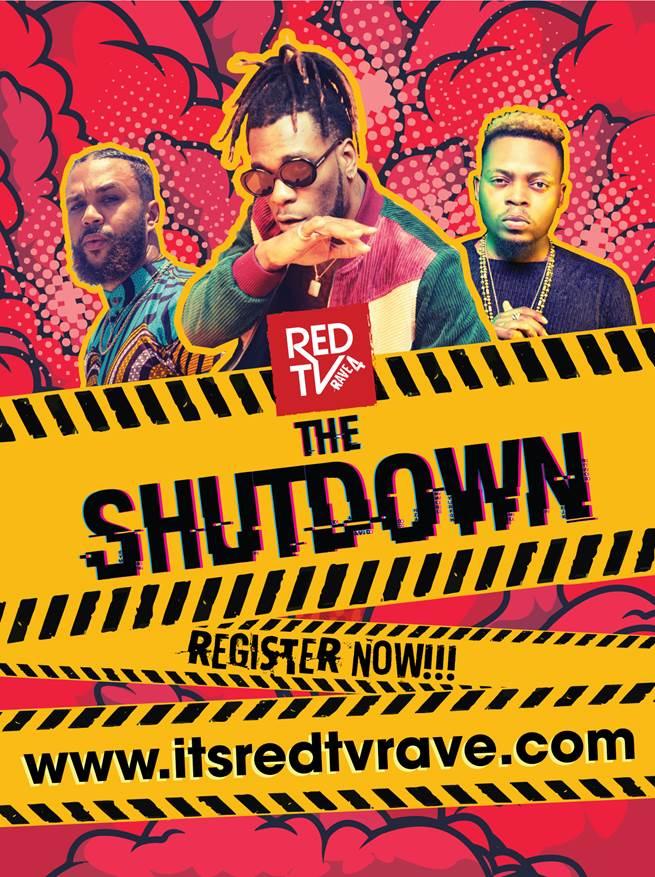 Arrangement appears to have  been  concluded for this year’s United Bank For Afrrica, UBA, plc,a Pan African Bank, sponsored REDTV party. Going by the elaborate  arrangement  that was said to have been put in place  by the Kingsley Azoka  led Bank,the RETV party is expected one of  the biggest that had ever been organised  in the African Continent. It has been confirmed that  the  Grammy Award winner, Burna Boy, Baddo and other musical icons will be on stage to perform at the party.

The decision by the organisers of this year’s REDTV  party to invite Burna Boy, who emerged as one of the major winners  at the 6th All Africa Music  Awards , AFRIMA,  held last Saturday, November 23, 2019 at the Eko Convention Centre of Eko Hotels and Suites, Victoria Island, Lagos as one of the guest artists to perform at the party speaks volume.

This is because many people would want to watch the  artist life play his hit song ‘’On The Low’’, which won him the Grammy awrd. They would also want to use the opportunity to know the producer called Kel, who was said to have won the producer of the year award for the Burna ‘s song,’’ On the Low’’.       .

It is not surprising why may believe that it will be a crowd puller as  the crème de la crème of entertainment to high profile business moguls, and other fun seekers woul, want to be part of   the premium entertainment Brand, REDTV, on November 30th, 2019 in order to watch the great  artists display on statge.

Bola Atta, Executive Director, REDTV, who spoke excitedly about the rave, disclosed that  lots of money and effort have gone into the preparation of this 4th annual  party, noting that  over 5,000 guests are expected.

“The rave is an expression of the fact that REDTV Channel is not only an entertainment platform, but a’’ lifestyle and an expression of our language and culture’’., she had said. The REDTV Executive Director, has attributed it it to the fact that  ‘’we constantly connect with members of the creative industry who have been changing the narrative across music, film, fashion and the Arts on the African continent’’.

According to her, the end of year  REDTV party is a way to say ‘’thank you to all our fans who have followed closely, the successes of some of our shows like The Men’s Club, Boutique Hotel, Our Best Friend’s Wedding and Inspector K, among others’’.

Perhaps, to ensure that the party attract guests from all walks of life including business  moguls  that had never  been witnessed in any of such parties in the  African Continent , the REDTV Channels party  organisers were said  have made it clear that Registration  will be free, adding that  food and drinks  will be complimentary,to encourage the guests  to mingle with some of their favourite artists.

This is good news for those who were initially interested in attending the party, themed Shutdown, to watch their favorite artists play life  but had feared that  they may not be able to make it because of the anticipated high cost registration to have a rethink..

There is no gain saying the fact that  the redtv ‘’network is an entertainment platform  with rich content   that feature the very best of Africa  values and cultures’’.