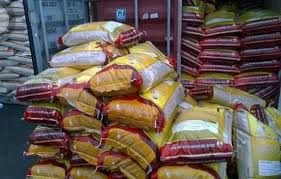 Not many people had  expected  the Federal Operations Unit, FOU, patrol  teams  across the country to make any appreciable  impact in the on-going smuggling war across the country. This is because of the activities of the Comptroller General  of Customs, CCG’s Strike Force,  and the newly created  Border Drills. The Border Drills,  approved  by President Muhammadu Buhari. Note that Border Drills security operatives  Comprising of  Officers  and men from  the Nigerian Customs Service, NCS, as the lead  agency,  Nigerian Immigration Service, NIS, the  military Police, Department of State Security , DSS and Directorate  of Military Intelligence, DIM have been deployed to Borders in four geographical Zones across the country: south west, south, north central and north west..

In the  south west,, the FOU, Zone A, under the close watch of  Mohammed Aliyu, a Customs Comptroller, has proved that  neither the CGC Strike Force nor the Border Drills personel could top them from  taking  the anti-smuggling war to the smugglers’ den and making  spectacular seizures.  Investigations by The Value News  shows that between August  and September,  2019, that the Border Drills personnel took over the Borders in the south west,  the Command has made more seizures of foreign processed Vegetable Oil and Parboiled rice, produce from the Asian country of Thailand than ny other time.

Insiders informed the Magazine that the Border Drills personnel who may not have  understood the terrain of the south west very well  may have provided the Opportunity  for the  Command Operations and Lagos Roving Team,  Headed by Riks Lura, a Chief Super intent of Customs, CSC,  and other Teams set up by Aliyu, the Comptroller to to restrategise and  reposition their  men for the challenges ahead.

Recall, that the Magazine had recently  published a story showing how the  Riks Headed Team , alone, had turned the Command premises into a Car Mart for display of exotic vehicles.  As at Wednesday, October 23, 2019, there were  two  bullet proof and several  exotic vehicles on display  at the FOU unofficial Car  Mart. Most of these exotic vehicles were said to have been intercepted around unapproved  Border areas    in Ogun state.

Perhaps, the biggest seizures that may have gladdened the heart of ALiyu, the Customs Area Comptroller  was that his Operations and Lagos Roving  Team  personnel and the  other Teams  are competing to make seizure of goods. This is evident going by the  thousands of 25 Kg jerry cans  of processed  Vegetable Oil deposited in the Ikeje Government War house run by the Command.

Aliyu, the Command Area Comptroller had confirmed that  5,117 Kegs of the item was intercepted in different parts of the south west geo-political region during the period. The Value of the  prohibited items,  according to Valuation experts was about  N61.4o4 million.

Another major seizure of the Command patrol teams in Ogun  and the other states in the south west geo-political region was Foreign par boiled rice, produced by farmers in the Asian country of Thailand. The value of the foreign parboiled rice was put at about N68.4 million.

The question on the lips of most people is: how did these items which the government said should not enter into the country through the land  Border found their way into the country, let alone  to fall into the waiting hands of the FOU Zone A, Operations and Lagos Roving  Team Officers,  the Command  Strike Force team Headed by one  Superintendent Ahmed and other teams.

The worry of many was that the FOU, Zone A , Teams and the other Teams   have made  these seizures of Vegetable Oil and  foreign rpar boiled rice,  despite the tight security  mounted at the Border areas across the region   by the Border Drills security Operatives.

Yusuf Bello, an indigene of Owode town in Ogun, told the Value that it would be difficult for the Border  Drills security Operatives to effectively  Cage the  smugglers of these foreign Agricultural products  because of  the  new  strategies they have devised  after studying  the Border Drills security  operatives  operations in different parts of the region and how to penetrate their ranks to beat them  to it in their game plan.

Bello noted that in fairness to Seme /Krke Joint Border, between Nigeria and Republic of Benin, where all  eyes are focused including government officials and security personnel,  have focused their  attention as the major route in the south west used by the smugglers may have made a big mistake.  The Owode born trader disclosed that  it  would  be very difficult for smugglers to dare the Seme  Border to carry out their nefarious activities  because’’ it is one  route Border to enter into Lagos ‘’.. He disclosed  that the situation in Idiroko and Ilaro axis in Ogun state  are different   as there are several  illegal entry points used by smugglers to carry out their nefarious trade to enter into the Lagos market: through the forest , or the Creeks, through  which they burst out on the road, to take their smuggled items to the designated location from where the Customers cart them away their l shops and warehouses .

Note that in Ogun state alone, there  over 80 illegal routes and several Creeks that could be used by the smugglers  to practice their trade which are not known to Customs personnel or the Border Drills personnel.

Investigation by The Value News shows that most of the 25Kegs of Vegetable Oil and Foreign parboiled rice which had entered  the Lagos market in the recent time  are from Ogun state. The Magazine  findings shows  that the  smugglers who have a way of taking  their smuggled Vegetable Oil and Foreign rice  into the Lagos markets , have a way of taking the cargoes through the Ogun Creeks  to Iyana Isasi  and Agbara Creeks , beating the  Border Drills, FOU, Zone A, and the CGC Strike  Force personnel  who have concentrated  their efforts in mounting impregnable  for them  at Gbaji Check point.

Admitted that the Vegetable and foreign parboiled rice smugglers could beat  the Border Drills, Strike Force  and FOU, Zone A, Teams , at the Checkpoint, Riks, the FOU,  Zone A,  Head of Operations and Lagos Roving Team , who  appears to have known  the operational  tactics of the waterways smugglers  while in Ogun state, Heading one of the FOU, Zone A, anti-smuggling Teams, in Ogun   was said  to have mobilised his men to show the smugglers the smugglers the Stuff the Team is made of to beat them in their game.

Recall that   the FOU Zone A, fearless office had at one time seized a ship load of rice at Iyana Isasi. He was also said to  have also  led  The team  that made a shpi load of rice seizure at Oyingbo  within the Lagos waterways. This may have informed  the reason  why much of the Vegetable and foreign rice  seized by the Command various patrol Teams between August and September were made by   the Team alone.

Besides , the large quantities of ‘’25’’  of Vegetable Oil and ‘’50’’ bags of rice  seized by the FOU, Zone A, patrol Teams to make their Comptroller happy in the last two months, there were said to be other items seized by the Teams such as  Pharmaceutical products, about 339 cartons, loaded in a Container  allegedly released from the sea port which fell into the waiting hands of Riks boys on the road, usd bags, used shoes, used clothing and poultry products.  An elated Aliyu while showcasing the items to some selected Journalists, not  The Value News, claimed that the value of the seized items made by the Command within the period was abot N314.5 million.  The Comptroller also confirmed that the Command  collected N104.46 million as revenue for the government through issuance of Demand Notice, DN, to importers with their  Agents whose intercepted Containers released from the seaport which had  contravened the government fiscal policy, thus bringing the total amount of money generated by the Command to about N419 million in two months alone. The revenue  generated by the Command through DN, should gladden the heart of Hameed Ali, a retired Army Colonel and Comptroller General, NCS, because, this is money that could have entered into private pockets.