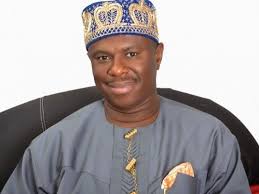 It has become a tradition that every year, ministerial officials and Parastatal ls must to appear before the National Assembly to defend their prepared budgets. Take for instance in the ministry of Transportation, the Chief Executive Officers, CEOs of the Parastatals under the ministry and their Key Staff, work round the clock to prepare the agency bugdets to  accommodate all the projects that needed to be executed  during the year. The preparation of the budgets to prepare the ground to relocate to the  National Assembly to defend it.

This is evident in the 2018, budget defense of the Nigerian Ports Authority , NPA, in 2018. Note that the Federal Executive Council, had approved the award of Contract for the dredging of the Warri port and Excravos Channels at the cost of N13 billion  including the engagement of Consultants to engagement of Consultants to advise on the type of investments needed in the Rivers state port of Port Harcourt.

Based on the  approval, the Authority was said to have  engaged the services of a dredging Company for the regular dredging of the port and the Excravos Channels to encourage bigger ocean vessels sailing to the port with cargoes to decongest the Lagos ports in the south west geo-political region at a cost of N10 billion.

Hajia Hadiza Bala Usman, Managing Director , NPA, had gladdened the heart of the Staff of the Eastern , when she promised that that the Management would do everything within its powers to make the dredging project a success to ensure that bigger vessels berth at the port with cargoes.  The Company , according has a mandate to dredge the shallow port to a depth of 7.5 meters.

The Contractors may have had mobilised on site hoping to be paid by NPA, to expedite work on the project. Investigations by the News  shows that the Authority and other agencies within the ministry and other parastatals in other ministries may have spent the  2018 budgetary allocation but are yet to get the releases from the government.

The  agaencies had succeeded in defending their  2019, budgets but that was how far they could go.  The question on the lips of most people: would the parastatals, particular, NPA, which is involved in major Capital projects like the dredging of the country’s waterways  to attract  big ocean going vessels to the country’s seaports to return t back the unused allocation to the treasury?.

Efforts to speak to Zainab Ahmed, minister of Finance, Budget and Planning , on why the government is finding it difficult to release the budgetary allocations to the Parastatals an , had proved abortive. In spite of the frustration suffered by the Parastatals, particular, the agencies in the ministry of Transportation,  Hajia Usman and Dakuku Peterside, Director General, Nigerian Maritime Administration and Safety Agency, NIMASA, were said to have been   working closely together over the last four year years to  make the Eastern ports of Warri, Calabar and indeed, the port of  Port Harcourt , which had been abandoned by shipping Companies and importers  due to security Challenges more attractive by  dredging the  Eastern waterways and improving its security. The duo want to make the difference in the patronage of the Eastern ports, particular, the Warri port , which had been inactive  over the years.

Insiders told The Magazine that the amiable NPA, boss was not happy that shipping  Companies  had refused to sail their vessels to the Eastern ports for fear of being attacked by pirates. This may have informed why Peterside, the NIMASA, Director General, and  the Nigerian Navy,  are, have thrown their weight on NPA,  to check the insecurity breaches responsible for the lull  witnessed  over the years in the Eastern ports.

Note that Nimasa, under the closewatch of Peterside, over the last couple of years  has procured  some patrol vessels  and training persons that will man those vessels to make sure that the Eastern ports are attractive to importers to bring in their Consignment to the Eastern ports .

Recall that the Authority had initiated a quarterly  stakeholders meeting to discuss ways of improving the Eastern ports.

Many believe that the officials of the Eastern ports  may have  to also to go out  of their ways to mark their ports to business to improve their patronage instead of waiting for the Management to use its weight to divert vessels scheduled to discharge in Lagos to any of the Eastern ports of Warri, Calabar or PortHarcourt.

At Present over 80 percent of the ocean going vessels sailing into the nation’s ports berth in Lagos to discharge their cargoes.  Wile NPA Management are not happy over the unfair business of the ports, the Nigerian Customs Service, NCS, think differently. Kayce Ekekezie, an Assistant Comptroller  General of ACG, and Coordinator,  Lagos Zone A, is happy that that the the Zone generates over 90 percent of the service yearly revenue due to the number of cargoes carrying vessels calling at the Apapa, Tincan Can Island and other Lagos terminals annually.

Business analysts believe that with the effort being put in place by Hajia Usman, the NPA, boss and Peterside, his counterpart , in NIMASA, to make the Eastern ports, attractive to importers and shipping Companies, the situation may change for the better soon.

1 thought on “Eastern Ports: NPA And NIMASA, Working Closely Togther To Improve Patronage By Importers But…”