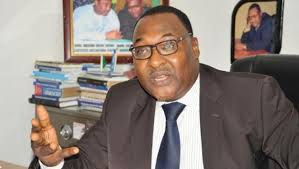 Untill the launching of the Economic Community of West African states, ECOWAS, Trade Liberalisation Scheme, ELS, not many Companies and individuals doing business within the sub-region knew the cargoes covered under the scheme.

The situation was so bad as many traders dealing on unprocessed  goods produced from member countries of the sub-region often fall into the waiting hands of Customs personnel on the allegations that they were repackaged goods from the Asian countries of India and China.

A Customs source told The Value News  that they include both unprocessed , art and processed cargoes. The unprocessed goods include  livestock, fish, plant and mineral products  that have not gone under any industrial transformation. This is in addition to traditional handicraft products. They are wooden cooking utensils,  fancy foods,  small cabinet work,  mats,  carpets, bedlinen, footwear, headgear and prepared feathers.  Also on the ETLS list are  industrial products  showing member country of origin.

The good news was that such importers or traders would no longer be regular visitors at the Nigeria Customs Service, NCS, offices at the seaports or land border areas to make enquiries on the goods allowed to be traded on the scheme. The ETLS document, the publishers, had said   contained the documentation requirements  needed to transact business  across the land borders.

It is not  surprising why Hassan Bello, Executive Secretary , Nigerian Shippers Council, NSC, who had been at the vanguard for provision of such an ETLS document to save businessmen within the sub-region of Customs troubles   has called on the private and the public sectors  to synergise their businesses to save cost  in the sub-region.

Bello, who was said to have been represented at the UKAID launching of the ETLS handbook  by Cajethan Agu, Director,  Consumer Affairs, enjoined the member countries of the ECOWAS sub-region to work assiduously   towards eliminating  all barriers  to trade and ensure that goods produced within the sub-region are competitive with similar goods in the international market.

He further wants the sub-regional body   to remove all the trade barriers at the nation’s land borders  to reduce the cost of trade.  According to the UNCTAD report,  Africa, particular, West Africa,  has the highest cost of transporting  goods between  countries of origin and the consuming nation across all modes of transportation by sea and land.

The NSC Executive Secretary is optimistic that   that if all the relevant stakeholders in the chain of transportation within the ECOWAS sub-region and the Authorities   could comply with the approved standards , rules  and borderless barriers to trade , it would pave the way for ”seamless operations at the nation’s land Border posts.

The NSC boss  maintained that  if the ECOWAS  member countries could go ahead to removing  all the obstacles to intra  regional integration , it would go a long way to benefit small scale companies  that conduct their business across  the land border areas in the north and southern part of the country. The benefits, according to him would be more noticeable in the areas of job creation, poverty reduction, increased tax revenues for the government and long term development outcomes which happen to fall within the economic policy of President Muhammadu Buhari of the ruling All Progressive Congress, APC.

The European Union,EU, and Japan International Corporation JIC, may have simplified the process of trans-border trading within the sub-region by developing the One Stop  Border Post Clearing process as obtained in the East African sub-region.

The process which had taken off at the Seme-Krake joint Border has found the Nigerian security agencies personnel and their Beninoise counterpart occupying the same building provided by the EU , for the ECOWAS. At the office are found the Seme Customs Command Customs officials including the Area Comptroller, Muhammed Uba Garba.

The relocation of the Customs Comptroller and most of his key officials to the ECOWAS building may have facilitated the trading process at the joint Border post because of the single and exit route provided at the joint Border, thus making it possible for the relevant government agencies of the two countries, particular, the Customs Administrations and Immigration, to share information and data on both ETLS and imported foreign goods as well as human trafficking. Garba, the Customs Area  Comptroller may be making appreciable impact at the Joint Border post because of his understanding of French instead of relying on interpreters to implement government fiscal policies or initiative measures to enhance security at the land Border.