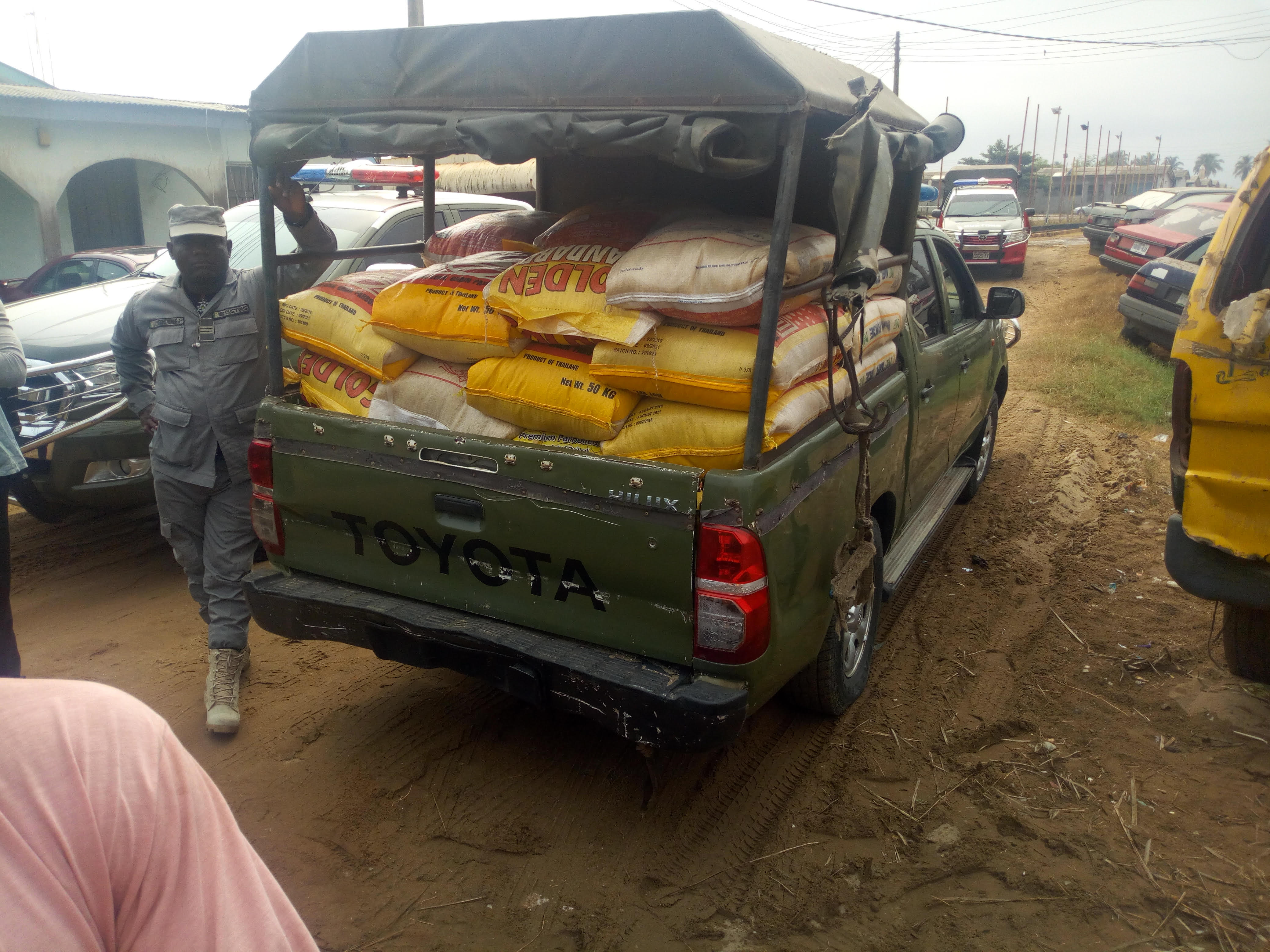 At long the European Union have installed the much expected mobile scanner at the Seme-Krake Joint Border Post to facilitate the One Stop Border examination of goods that would be allowed to pass through the single entry and exit for import and export goods.

The scanner which was said to have arrived Cotonou port, Republic of Benin last December, was said to have been installed at the ECOWAS approved  single entry and exit route that it cannot be avoided by any truck laden cargoes for import or export. The Value News cited the scanner but discovered that it had not been   put to use by the  Nigeria Customs Service, NCS, Seme Command, because of some salient issues that may have to be cleared with the  Nigeria Nuclear Regulatory Authority, NNRA, which has responsibilities for nuclear safety and radiation protection regulation in Nigeria.

The Value News learnt that the NCS has invited and written the NNRA, officials to  visit the mobile scanner site at the Joint Border to carry out the necessary tests but no response. This may have been the reason for the delay in the use of the mobile scanner which was cited at the Border last Monday, January 14, 2019.

It was surprising why truck ladden goods given the green light to enter into Nigeria from Cotonou port, Republic of Benin the single entry and exit route provide by ECOWAS are still been directed to Customs scanner site for examination and final release to the importer’s agent. There are indications that once the NNPR, gives the go-ahead for the NCS, to use the facility, it would mark the end of the use of the  scanners on the Nigeria side of the Border to examine truck laden cargoes.

While the Nigeria Customs Authority and their Beninois counterpart are putting finishing touches to the use of the One Spot Joint Border examination of truck laden and travellers documments. Muhammed Ubah Garba, Comptroller , Seme , has embarked on the sensitisation of business to embrace the export of Agricultural and made in Nigeria goods to take over the  West and Central African market instead of smuggling Contraband items into the Nigerian market through unapproved routes that would fall into the hand of Customs anti-smuggling officers on patrol.

The Nigeria Export promotion Council, NEPC, have been at the vanguard over the years to sensitise business about the incentives that have been put in place by the government to encourage exports such as monetary, tax holidays and legal provisions.

Going by the Act establishing the Council, the incentives  are expected to give numerous advantage to the Nigerian business man . This is because the provision of financial grants  lets the exporter expand  to other areas more easily just as the cost  of production support makes the manufactured products earmarked for export more competitive at the international export market. Garba, the Seme Customs Comptroller may have given an insight  to the financial support when he confirmed that  the government gives 30 percent of the cost of production of the goods exported  to exporter as an incentive to increase productivity and earn Foreign Exchange.

Appealing to Manufacturing Companies and farmers in the export business not to be discouraged by the 0.5percent  Export Supervision Scheme , NESS, Levy, which must be paid on Free On Board, FOB, but sustain the tempo of the export business, noting that it is the only the economy the country can grow.

The Customs boss who could not hide his feelings , warned that Nigeria should not be turned into a dumping ground for Agricultural and manufactured goods from Asia, Europe and North America. Take for instance, the Asian countries of India and China ,which have turned Nigeria into a dumping ground for their manufactured hard drugs like tramadol, sub-standard cables and other general goods..

This is also noticeable on the foreign parboiled rice which produced in these other Asian countries of Thailand, Taiwan and Vietnam which are imported through Cotonou port, Republic of Benin, and other ports in West African sub-region which operate common fiscal policies that allow such importations into their countries.  These imports, particular rice, are smuggled into the Nigeria market through unapproved routes. Note that the Nigeria fiscal policy prohibits the importation of rice, and poultry products into the country to protect local farmers.

While Agricultural products, standard and sun-standard goods are been imported through Cotonou Port , particular,  and smuggled into Nigeria, Garba , laments that employment opportunities are being created in these countries as unemployment takes a toll on the economy.

He corroborated David Paradang, a former Comptroller General Service, NIS, views that there are over 1000 unapproved routes in the country. Much of the unapproved routes, according to Paradang, are in located in Adamawa state, north east Nigeria and Ogun state, Nigeria.

The former NIS boss had confirmed that there are over  83 illegal outlets in Adamawa that could be used by Smugglers to carry out their nefarious trade. while Ogun alone has 84 of such illegal outlets that link up to Republic of Benin both on land the Creeks. The smugglers may not have been finding it funny using the Seme which is one outlet to Lagos and its environs. The smuggler may succeed in entering the Gbaji-Owode road, which many outlets but that is how far, he could go. This is because the Seme Command Checkpoint, Headquarters Strike Force, HSF, and the Federal Operations Unit, FOU, Zone A, officials, and patrol teams are waiting for them along the road and Gbaji. It is not surprising why most of the Seme axis based rice and vehicle smugglers in the Seme axis have relocated to Ogun state, which has many illegal outlets. The daily seizure of scores of  50Kg bags of foreign parboiled rice speaks volume. Only last Monday, one of the Seme patrol teams had brought in branded Customs pickups loaded with foreign parboiled rice. It could not be ascertained of quantity in each of the Customs branded vehicles.

Eye witness, account disclosed  that the  seizure of such a Contraband Agricultural product would never stop as long as Garba remains the Comptroller of the Command as he has succeeded in blocking all illegal outlets.

Many believe that smuggling  along the Lagos outlet would reduce to the barest minimum  with the planned closure of the illegal outlets  at the Seme-Krake Border.

Only recently, Garba , the Seme Customs Comptroller and  Charles Inousa Sacca Boco, his counterpart in Republic of Benin under took an inspection  of the final closure of all illegal outlets other than the single entry and exit of cross Border movement of goods and services . This is because of the decisive stand of the Customs Command on the enforcement  of the international Law on transit cargoes.