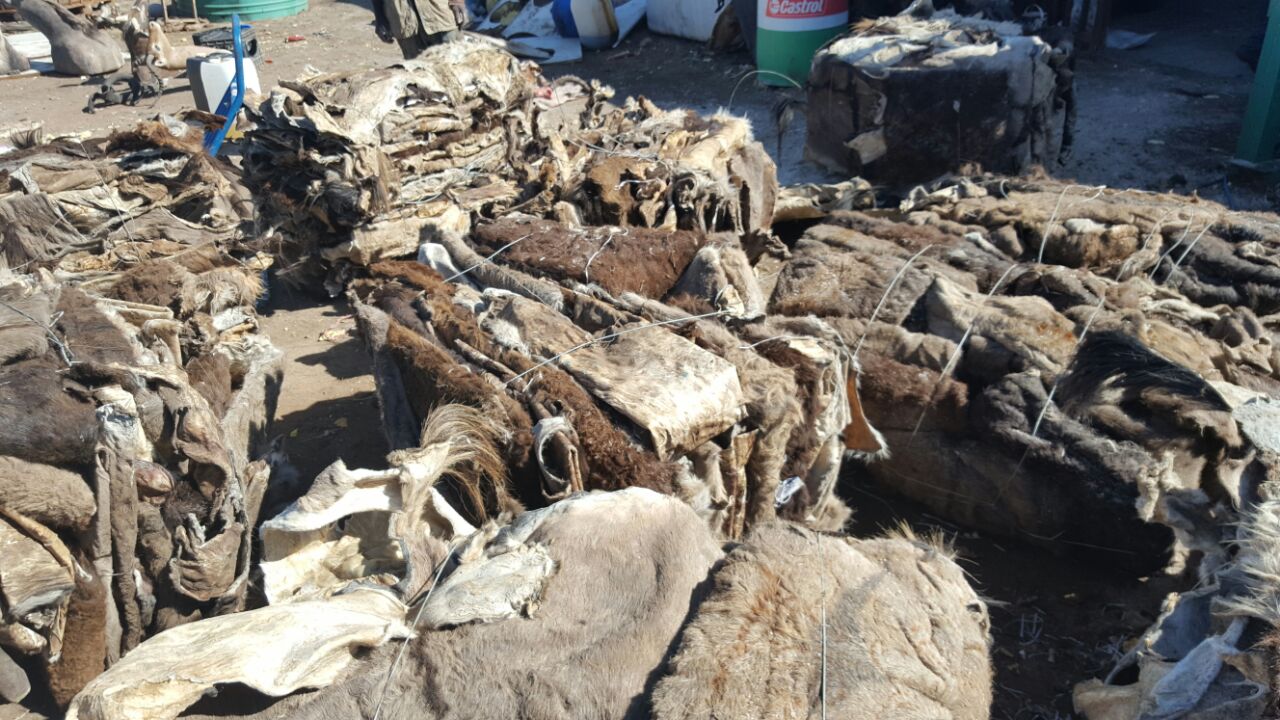 For years , Donkey skin  exporters  and their Chinese  Agents with  their Customs Collaborators  at the  nation’s seaports  have been smiling to the Bank as the government loses billions of naira  annually. It was a thriving business which was closely guided by the syndicate across the country.

Investigation by The Value News shows that the export of donkey skin became a thriving business in the country    shortly after some  Chinese Companies   which convert it into   raw materials for production of different goods started  buying it from dealers through their agents who were scattered all the country.   The donkey skins, according to a medical expert  , are the basis  of a Chinese traditional remedy drug called  ejiao, used for treating  a range of blood conditions  and as  increasingly  a general wellness product.  According to the sources , the Chinese ejialo producers, who are concentrated  in the remote  eastern province of  Shandong, consume more than  four million  tonnes of donkey skins annually , mostly sourced from African countries including Nigeria.

The international market value  shows that in the past decade  the donkey skins have surged in value to about $400 per tonne . This is because  the Asian country   donkey population  has dwindled.  It is not surprising why the unprecedented  global  trade  on the donkey skin, much of it being smuggled across Borders or through the seaports.

Many believe that   with the demand  for donkey skins rising sharply  in China,  wildlife traffickers  have   moved into the trade in different parts of Africa. A donkey dealer told The  Value News  in south east Nigeria  that    since the news  of the usefulness  of the donkey skins  became pronounced  , the rich and politicians   hijacked the business as it is no longer  within the reach  of the poor who were the original dealers the price has gone up per piece.   It was learnt that a piece of the donkey skin   was sold between  N30,000.00 and N35,000.00.

He disclosed that the Chinese agents who are scattered all over the country scouting for where to buy the donkey skins have penetrated the security agencies who provide them security.  The donkey dealer confirmed  that the rich  individuals and politicians  could  buy between 20-30 truck load of donkey at a go from the ancient city of Kano, Katsina and Borno states , in the north, for slaughtering  and exporting the skin to China.

It was gathered that the donkey skins business had been a thriving business in the south east and exported through Onne seaport over the years  before it spread to the south west in the recent time. Insiders told the Magazine the donkey skins  syndicate in the south west may have got a match in Mohammed Aliyu, the FOU, Zone Area Comptroller,  who had given a free hand  to his patrol teams to source  and impound Contrabands  which must be transferred to the Government Ware House, GWH at all costs.

Only recently, one of  the Command  patrol teams  acting on intelligence were  said to have raided a private warehouse at Ibadan, Oyo state, where a ” 40” Container loaded with  donkey skins and ready for export  was impounded.

Eyewitness account disclosed  that no fewer than three mobile police  men were stationed  at the entrance to the warehouse which was located at a remote area of the city  but could not stop the Customs  patrol  team who had a mandate to force their way into the premises if challenged by any  security guard on duty.

This is why Mohammed Abubakar Adamu, the Inspector General of Police, IGP, must take a close watch  at the state Commissioners of Police, who in turn should  monitor the  Divisional and the Area Commanders to know  the type  of duties that officers are assigned to do. Take for instance the mobile officers  that were found at the entrance to the warehouse  where a” 40”  Contained  loaded with donkey skins was impounded  may not be there  on official duties  but  on a special   arrangement.

It could not be ascertained is the FOU Zone A, Strike Force at Ogere by One Ahmed, a Superintendent of   and the team leader who made the seizure. that the seizure was made by the Command Operations and Lagos Roving patrol team headed by  Riks Lura, a Chief Superintendent of Customs,  watchers,  believe has one thing in common with the  Area Comptroller: fearless.

The seizure  of the  alleged”40”  Container load of  donkey skins by the team  despite the tight security  mounted by the mobile police on guard at the entrance to  Ware House  was an indication  that  there is no hiding place  for donkey  dealers and their Chinese  agents in the south west  geo-political region.  Indeed, Aliyu, the Area Comptroller, may have initiated   an investigation to identity  the owners  of the ware House and the type of business carried out  in the place.

The Command  Operations and Lagos Roving team may have exposed the donkey skin illicit deal in the south west when it made a confirmed seizure  of about 100,000 pieces  of dried donkey  loaded into two  ”20” Containers  at the Okota  axis of the Alimosho local government area of Lagos  state  valued at about N15 billion. The seizure , according to sources were made on May14, 2019.  It is the highest single seizure  to be made by any Customs patrol team across the country in the last two decades.

With  the spectacular seizures that have been made in the recent time by the  Aliyu boys,  Maritime watchers expect Hameed Ali, a retired Army Colonel and Comptroller General, Nigerian Customs Service,  to find a way of rewarding the officers to do more.

The Magazine cited a particular seizure 1919 vehicle the Command premises last week which was said to have been an undisclosed illegal route in Ogun state, described as a haven and foreign parboiled rice smugglers from of Benin, a neighbouring West African country. recently. Sources informed the Magazine that there was nothing the importer turned smuggler did not do facilitate the release of the   but was disappointed. Recall that President Muhammadu Buhari had banned the importation of vehicles  and foreign par boiled  through the nation’s land Borders in 2017 in promote patronage of Nigerian seaports.