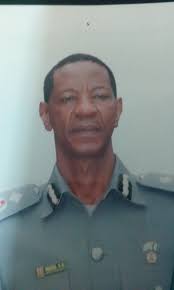 It was essentiall to tackle the problem created by  the improper examination of cargoes at the Lagos  ports  of Apapa, Tin Can Island,  Port Multi-services Terminal limited, PTML and Kirikiri Lighter Terminal ,KLT, phases 1 and 2 including the Bonded Terminals by Customs and other security agencies personnel involved the examination of such  cargoes. Yahaya, according sources,  may  have been exposed to  the rot at the  Lagos seaports  examination bays  when  he was  the Coordinator of the Comptroller General of Customs, CGC, Strike Force, Lagos Zone.

He may have  been further  encouraged to set up the Team because of the news making the rounds about the diversion of cargoes evacuated from the Lagos  sea ports  to the Ikorodu Lighter Terminal and other  Terminals within the state by Barge Operators selected by the Nigerian Pots Authority, NPA, and the alleged smuggling of small and light weapons through the borders across the country with the neighbouring countries of Benin Republic, Niger and  the Central African country of Cameroon.

Many believe that he could not have done anything to address the problems at the CGC Strike Force office, because it was an  adhoc  assignment.  He may have waited for a time he would have the opportunity to Head  any FOU Command across the country to do so. The opportunity came with his appointment as the acting Comptroller of FOU, Zone A last December.

There was the initial fear that there would be an inherent abuse of powers by   the team members in the discharge of their duties since there was no clearly defined responsibility. But yahaya, the Command acting Comptroller,  appears  to have known what he wants to achieve in the long run: To use the Special Team to Compliment the efforts of the Lagos Roving Team Headed by Ricks Lura, a Chief Superintendent of Customs to give a bite to its anti-smuggling operations at the Lagos seaports . The FOU, Zone A, acting Comptroller, believes that with the  SWAT Team, fraudulent importers with their agents who escape with their suspicious  cargoes released  at the port by beating the Lagos Roving Patrol Team on the road may not be lucky  to beat the  new Team to it.

Investigations by The Value News show that there had been lot of misgivings about the new team.  This may have been made possible because one Artia, a Deputy Superintendent of Customs, who  was made the interim Head of the Team , because of the absence of Ogan, a Chief Superintendent of Customs and the authentic  Team leader, could not understand his  limit but  enjoined his men to see themselves as competing with the Lagos Roving Team Patrol Team in the interception  and Transfer of such  suspected Containers to the  Command premises at Ikeja. His major concern, insiders said was to win the heart of the Area Comptroller.

Note that not many  Agents  had come to terms with the existence of the FOU Zone A ,new  Patrol Team members  who are strategically stationed  along the Oshodi-Apapa  Express Way and other areas around the port environment.

The situation is so bad that  Containers  intercepted  by the Special  Team  which had been transferred to the Command premises at Ikeja,  had been linked to the Command  Lagos Roving Team personnel by the agent. They have every reason to do so. This is because the  Team had been associated  over the years with the stop and search of Containers on the road and subsequent transfer of suspected cargos to the Command premises for physical examination to ensure that what was declared in the importer’s Bill of laden and the duty paid correspond  with what was found in the Container.

It is instructive to note that the Lagos Roving Team   personnel may have been put  in the dark  over the last one moth about the  total number of Containers that had been  intercepted and transferred to the Command premises  by the Team .  This is evident  going by the recent  interception  of a Container belonging to  a well known agent  which was transferred to the Command premises.

, Insiders told The magazine that between Monday, march 11, 2020 and  Wednesday,  March, 13, 2020, the importer’s  Agent had  shuttled  between his Apapa office and the FOU, Zone A, premises to reconcile his documents with the findings of the examination officers from the Command to facilitate the release of the  Container but Lura, the Head of the Command Lagos Roving Team was not aware of it.only the acting Comptroller and the SWAT Team members were said to have known about the infraction.

Boniface Aniebonam, Founder, National Association of Government Approved Freight Forwarders,NAGAFF, believes that if the importers had made correct declaration and the security agencies  personnel  involved in the examination of cargoes at the ports do the right thing, there would not have been any need for a former  FOU Zone A, Comptroller to set up the Lagos Roving Team or the present acting Comptroller to think of establishing  SWAT Team. ‘’It is an intervention Force’’, he had said.

Appealing to importers with their agents to be trade Compliant, he noted that it is the only way to stop running  into  trouble  with  the FOU, Zone A ,Patrol Teams.  Recall that Hameed Ali, a retired Army Colonel and  Comptroller General of Customs had made it clear to those that cares to listen  that ‘’no Patrol Team should remain at a location for more than 24 hours to avoid Compromise.

Yahaya may have known this that he had moved to rijig SWATT  by handing it over to Ogan  who was originally penciled down  to head  it. Informed sources told The Magazine that the acting Comptroller may not want to interfere with the selection of the officers who would be  in  the Team.   He was said to have promised to give the SWAT Team  Leader  the free had to select his Team members, insisting that he  what he wants   is result: Interception and  seizure of Contraband as well as recovery of government lost revenue.

The Roving Team members were said to have been selected  and  nurtured by Lura, which was why the Team had been making spectacular seizures of Contraband, particular, vegetable oil and foreign par boiled rice, exotic vehicles and bullet proof including Pangolin scales. The last Pnangolin scales seizure made by the Team  was  valued at about N10 billion.

Security watchers  described as  a wise decision Yahaya, the acting FOU, Zone A,  acting Comptroller, to appoint Ogan to Head the SWAT Team, stressing that he is the only one who could effectively compliment the efforts the Lura led  Lagos Team in the anti-smuggling war to ensure that the Command stand out among its Competitors.