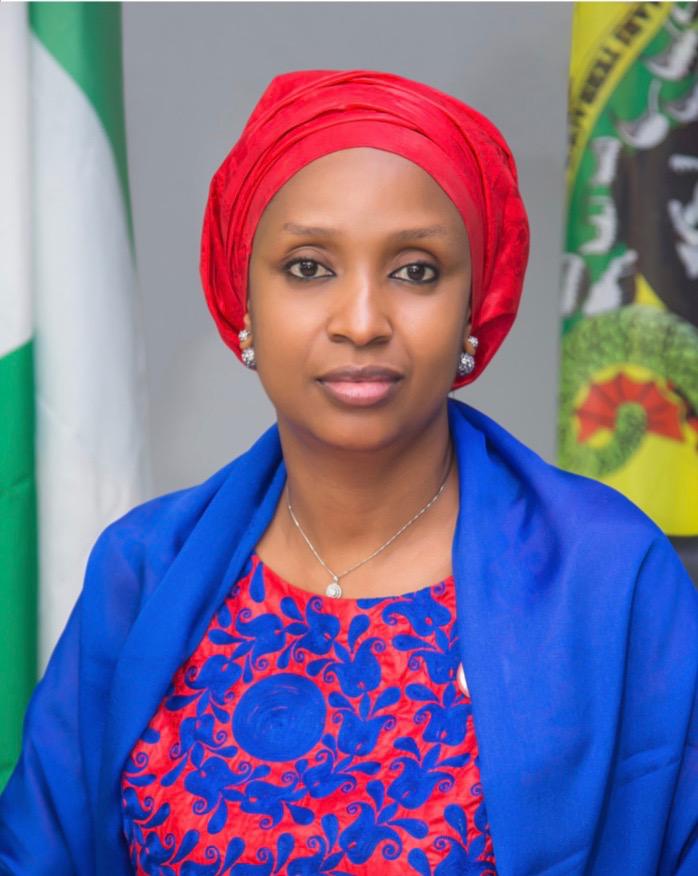 Until 2016, nobody ever knew that the Nigerian Ports Authority, NPA, which had Concessioned most of its facilities to private operators would ever bounce back to life again  that the Bukola Saraki led Senate could beam its searchlight on it to always find fault.

The law makers had  severally raised some allegations  against the Authority to draw  out Hajia Hadiza Bala Usman, an activist and its Managing Director , hoping to rubbish her and her agency. The lawmakers had persistently accused the Authority of operating in isolation.

Investigation by The Value shows that members of the Senate Committee on Transportation, have been looking for ways over the last three years  to penetrate the ranks of the Authority  and the only way out was to force Hajia Usman, the Authority Chief Executive officer, to speak out by appearing on the floor of the Parliament to defend the provocative allegations leveled against the Authority.

Unknown to the the activist turned bureaucrat, was not somebody to be pushed around because she has at her fingertips every  detailed information and transactions of the Authority. According to sources. she was not ready to give Saraki and his Senators the opportunity to be dragging the Authority around for questioning over revenues.

Insiders informed the Value News Magazine that prior to her appointment in 2016, by President Muhammadu Buhari, of the ruling All Progressive Congress, APC, NPA, was a shadow of itself as the yearly revenue remitted into government coffers was nothing to write home about. But Hajia Usman was said to have made the officials of the agency know from the onset about her stand that she has not come to run a non- profit making Organisation. She was said to have told those that cares to listen that the era of NPA, not remitting revenue into government Consolidated revenue fund was over. She made it clear that the Authority  would be remitting revenue into government coffers like the Nigerian National Petroleum Corporation, NNPC, Nigerian Customs Service, NCS, Nigerian Maritime Administration and Safety Agency, NIMASA, among others.

Note that Olayiwola Shittu, a former President of Association of Nigerian Licensed Customs Agents, ANLCA, who incidentally started his career in the nation’s maritime sector at NPA,  had repeatedly said that the agency  has been grossly mismanaged  by past management. Shittu, was said to have advised Hajia Usman to make accountability and transparency her watchword if she really wants to turn the Authority around as a  government revenue generating agency.

The activist  turned maritime operator may have taken the advice seriously that she went  back to the drawing board with members of his management team on how to re-engineer the agency to ensure that it is efficiently operated. The good news about his two and half years of being at the helms of affair at the agency was the blocking of all revenue leakages through an automated revenue and invoice management system.  this may have been further helped by queuing into the government Treasury Single Account policy which had facilitated   the periodic publication of its revenue which was lacking in the past. This is because past management of the Authority ensures that its accounts were shrouded in secrecy, fueling speculation that the Authority was being operated in Isolation.

With the implementation of the  various port reforms put in place between 2016 and 2017, while in  office, the Authority appears to have started reaping the benefits as the Concessionaires and the shipping Companies were said to have been put on their toes to do the right thing instead of looking for ways to shortchange the government with their collaborators in the Authority and the ministry of Transportation.

This is evident with the revenue that was said to have been paid into the Federation account in 2017.  A document made available to the Magazine reveals that N303.9 billion was generated but  N205 billion was spent on its recurrent and capital projects. It was gathered that the Authority , for the first time , made a surplus of N38 billion but could only remit N30.4 billion into the Consolidated Revenue Fund, CRF, with the relevant  receipt of payment issued by the office of the Accountant General of the Federation.

A  Central of Nigeria, CBN, source who spoke to The Value News disclosed that they were surprised when they saw the remittance from the Authority in one year of Hajia Usman, an indication that there were too many sources of financial leakages in the past from ship traffic, harbours and administrative lapses.

A senior official of the Authority who spoke the Magazine disclosed that the revenue profile of the Authority for the 2018, financial  year, would be much higher that of 2017, notwithstanding the low volume of ship and cargo  traffic at the nation’s seaports due to the downturn in the economy and the ban on 41 items including textiles and foreign rice importers from accessing the foreign exchange market.

It was not surprising why Hajia Usman, could heave a sigh of relief that NPA, was no longer what it used to be but a profit making government agency. She has also demonstrated to be a good  manager of resources. A visitor to the Authority would be surprised that the controversial Head office building had been turned into a modern office complex with the offices equipped with executive furniture. Many believe that Hajia Usman, has demonstrated over the last three years of running the behemoth NPA that she knows her onions.

1 thought on “How NPA Bounced Back To life”