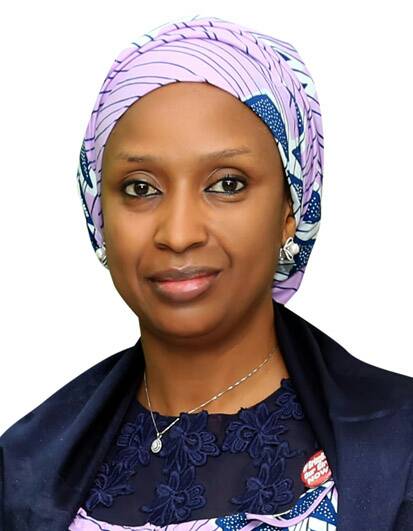 Given the lingering congestions in Nigerian Ports which has become the bane of effective and smooth port operations, the Managing Director of Nigerian Ports Authority, NPA Hadiza Bala Usman has tasked terminal operators, shipping companies, port managers and other allied stakeholders to fashion out a possible way to eradicate the subsisting congestion at the nation’s Seaports.

The NPA MD who bared her mind to maritime shareholders recently over the disturbing trend recently said the issue of congestion at the Nigeria Ports should be a source concern to all stakeholders, hence the need for a concerted effort to tackle the issue of evacuation of empty containers, increase in free days of storage, wavering of demurrage for a definite period of time and creating a window of a period to accommodate the concerns of importers among others.

The meeting the Managing Director revealed was convened in compliance with the directive from the Vice-President Professor Yemi Osibajo who is the Chairman, Ease of Doing Business Council on the need to find a lasting solution to the lingering issue of ports congestion.

She said the government of President Muhammadu Buhari was desirous of getting things done smoothly at the ports, and promised that NPA will do everything possible to facilitate ease of doing business at the maritime sector. She noted stressed that NPA as the landlord of the nation’sports would encourage shipping companies to patronize other ports outside Lagos particularly Onne as one of the ways of decongesting the Lagos port.

The NPA boss had used the occasion to inform the Terminal Operators efforts made by the Authority to decongest the Lagos Ports in particularly which she listed as including the use of Barges to move cargoes to Ikorodu, collaboration with other stakeholders to construct access roads in Apapa and giving encouragement to Dangote Private Jetty Project . She said NPA was initiating to promote Intermodal Transportation System.

On the concerns raised by some terminal operators that the Nigerian Customs Service has not auctioned any cargo at the port in recent times, the Managing Director of NPA appealed to the Customs Service to increase efforts at auctioning over time cargo on time so as to discourage importers from turning the port into storage facility. She also admonished owners of such cargo to remove such cargoes immediately.

Mrs Vicky Haastrup of ENL Consortium who is the Chairman of Seaport Terminal Operators Association (STOAN) expressed concern that the strict measures taken by the Federal Government will affect their revenue. Hence they called on government to look for a way to ameliorate their difficulty in doing business at the ports.

Since assumption of office last year as the Managing Director of Nigeria Ports Authority, HadizaUsman has taken some reformative measures to sanitise business at the nation’s ports especially Lagos which still remain the centre of port activities in Nigeria.