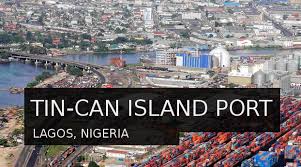 Not much is known about the   Nigerian Customs Service, NCS, Post  Clearance audit, PCA , since it was established by Abdullahi Dikko, a former Comptroller General of NCS. Maritime watchers see it as an idle unit as the officers deployed to the unit have no job to do. This is because the  seaports, Airports and anti-smuggling Commands and the Federal operations Unit, FOU, across the country have tightened the noose against importers with their clearing agents to ensure they do the right thing.

Past Comptrollers had seen their deployment to the PCA, across the country as punishment. Unknown to many, the job at the PCA, was very excruciating. Mohammed Abba-Kura, Comptroller,  PCA,  Zone A, Lagos, appears to have proved to critics that there is too much work to t do in the unit to recover lost government from importers with their clearing agents.

Many importers with their agents who had taken delivery of their Containerised cargoes, particular, from the premier port Apapa, Tin-can Island , Kiri kiri Lighter Terminal, KLT, phases 1 and 2,  and Ijora bonded terminal, without paying the appropriate duty by making under-declaration with the active connivance of their Customs collaborators were said to have recalled after going through their documents that facilitated the release of their cargoes to come back and settle the differences or lose their operating license at the port. No agent would want to lose his operating license, it was not surprising why those who have been invited to appear before the PCA, officials, particular, in the Lagos Zone never arged but to the bill slamed on them.

Given an insider information on how he was able to turn the Unit around as one of the Customs Formation revenue generating agencies, Abba-Kura disclosed  that they relied on documents  used in taking delivery of imported cargoes from the seaports  within its  jurisdiction, profiling the importers with their agents , Checking of Harmonised  Systems, HS, Codes to ensure  that the imported products and Commodities were properly valued   using the parameters in the HS Code. The Customs Comptroller insistence on the strict implementation of the HS Code  may have reduced the delays  experienced by importers  in taking delivery of their cargoes  as they have no option but to pay the appropriate duties on their imports.

It was not surprising why the Customs Unit had continue to continued to generate revenue from importers and agents even after taking delivery of their cargoes. Take for  instance, last year alone, the Lagos PCA, alone,  was said to have recovered  about N17.4 billion  lost revenue for the government. This is money that had entered into private pockets over the years and even the importers with their agents had forgotten about it  but were recalled and served with the necessary documents t show that the they were still indebted to the government.

A senior officer of the Unit who spoke to The Value News disclosed that the revenue that would be recovered by the Command this year would double the amount recovered  last year because of the structures  put in place by the Abba-Kura, the Unit Comptroller. This has made it impossible for importers with their agents to cheat the government for fear that that PCA officials could still recall their documents one day and still invite them to come and settle the differences if there are discovered  infractions and discrepancies in the importer’s declarations in the Consignments that had exited from the ports .

An insider informed the Magazine  that when such discrepancies are found, the PCA, normally  give a time lag of two weeks to the suspected importer to respond to the letter of invitation extended to him. It was learnt that after the expiration of the two weeks, a reminder letter would be sent to him or her which is normally within a week.

It was gathered that importers with their  agents who had defaulted in responding to the PCA letters  had been blocked from the Customs system, making it impossible for them to use the Tax Identification Numbers, TIN, to do their transactions at the ports. Importers and agents who had fallen into this trap were said to have been forced  to visit the Unit office at Warehouse road, Apapa, to answer the queries  raised in their past or present documentations.

Given the problem which many importers with their agents using the Tin in Island port had gone through in the hand of the PCA , officials in the last one year,  Abdullahi Musa, Comptroller  of the Tin can Island Customs Command, was said to have set up a Compliance Unit headed  by one Ibrahim, an Assistant Comptroller.  The Compliance team, according to sources , have reduced to the barest minimum  the rot perpetuated by the importers with their agents and their Customs collaborators in the past to take delivery of their cargoes as all loopholes of revenue loss have been blocked.

Insiders informed the Magazine that importers with their agents using the Tin can Island port to take delivery of their cargoes are now very compliant as they make correct declarations  without waiting for Ibrahim’s men to chase them around. This may have reflected in the monthly revenue collection of the Command since the beginning of the year , which  Musa, the Area Comptroller considered very impressive.

Ibrahim , the Customs Assistant Comptroller, has every reason to be thorough to ensure that the importers make the correct declaration in order to pay the appropriate duties because Riks Lura, a Chief Superintendent of Customs and the officer In-Charge of the Federal Operations Unit, FOU, Zone A, Ikeja, Lagos,  Operations and Lagos Roving team and his boys are all over the Oshodi-Apapa Expressway waiting to intercept cargoes exited from the port based on information of under-payment or false declarations and other infractions and discrepancies.

Between January and now,  the team had impounded and transferred several Containerised cargoes, bboth ”20” and ”40” to the Command  warehouse for examination. Millions of lost revenue were said to have been recovered for the government trough issuance of Demand Notice.  The Team may have been helped in their operations by the Command Strike Force , headed by one Superintendent Ahmed , who is holding tight to the jungle in the south west that nothing could be smuggled  into the country through the port of Cotonou, in Republic of Benin. Last Tuesday, the Ahmed led team , were said to have intercepted smuggled vehicles and Contrabands which were transferred to the Command. as seized items.