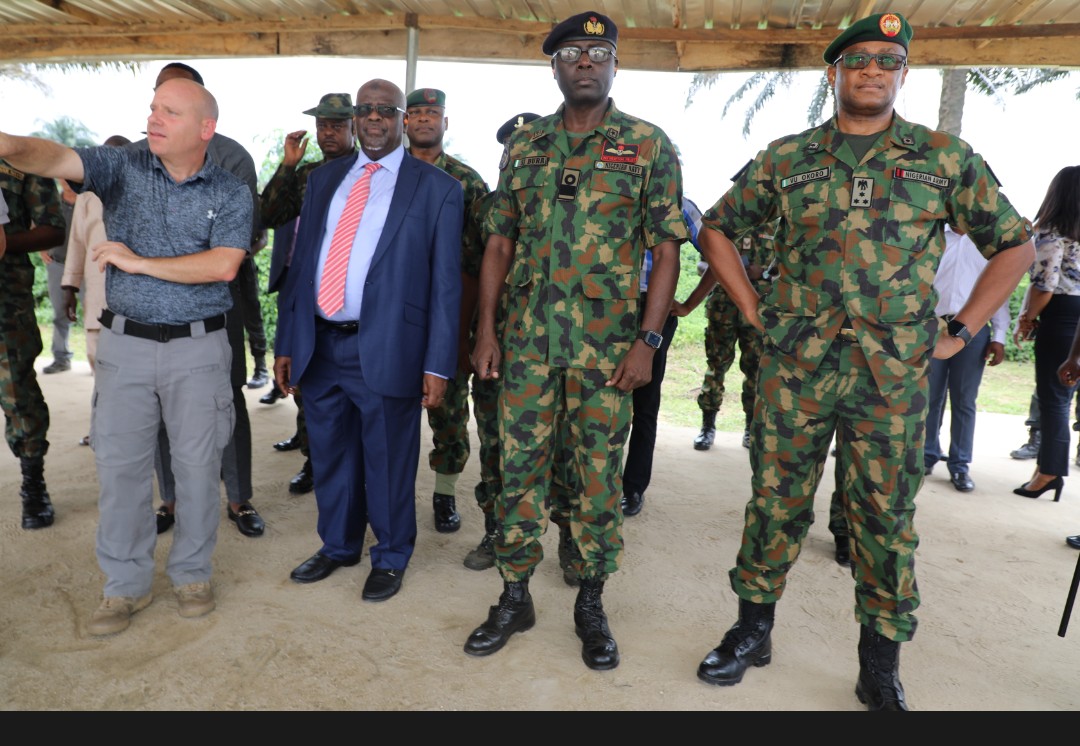 Until his appointment over the last four years, Dakuku Peterside , Director General, Nigerian Maritime Administration and Safety Agency NIMASA, and Chairman, Association  of African Maritime Administration, AAMA , may not have known anything about activities of pirates in Nigerian waterways. His appointment as the Director General of the Maritime Regulatory agency appears to have  exposed him to  the Criminal activities of the pirates in the nation’s waterways and the need to control them.

It was not surprising why  he has  embarked on capacity development for the agency   in order to guarantee  the nation’s maritime security  , described as critical  to  its deep  blue project  implementation.

As a prelude to training the right  personnel for the  implementation of the Deep Blue  project which was launched by Rotimi Amaechi, a  former minister of Transportation about two years ago and  who may likely  be returned  to the ministry in this President President Muhammadu Buhari  second term in office,  the agency had engaged the services of  Homeland  Security International Systems and Technologies Limited, an Israeli firm  as Consultants for the training of the Surveillance officers, comprising of both the Army and Naval personnel  at the controversial sum of 195 million. Stakeholders had shouted condemning the contract but that was how far they could go.

Unknown to them Peterside, who has the backing of the minister had developed  a  bold  initiative  for the takeoff of the implementation of the  project. As a prelude  to actualize the implementation  the Deep Blue Project  the first set of the military personnel  who were said to have  participated  in the training programme organised by the Israeli  firm  had graduated . Stakeholders may have expected the agency to deploy the Suveillance graduates to the field to resume work but nothing was done.

Instead, it was quickly followed  by  a second batch of   Surveillance officers  to be trained at  the Military base , Elele, Rivers state.  The officers , according to  Micky Gnash, a top official of the Consulting firm,  were trained in  on Combat related techniques ranging from  physical fitness,  sharp shooting , ability to use  the arm  from a range , bare hands fighting in open terrain, built up areas and in the bush to weapons handling.

The  successful training of the Surveillance officers by may have given  the NIMASA  Director General  hopes that pirates operating in the  Nigerian water ways and the  Gulf of Guinea are in trouble. His closeness to the  officials of the HLSI officils  throughout the duration of the training of the Surveillance  officers on the various military  courses   speaks volume.

This  time around, no fewer than  298  military personnel , mostly Naval officers ,  were said to have been graduated on the basic training Courses comprising of 110 ground soldiers and 188 Naval personnel. Given the importance of the training programme , Iseichei Osamgbbi, a Deputy Director in-charge of the agency Corporate Communication  disclosed that  the NIMASA boss  sent   Gambo Ahmed,  the agency  Executive Director,  Maritime Labour nd Cabotage Service s to represent him at the graduation  Ceremony of the of the officers at the Elele military base.

Peterside ,  who could not hide his feelings at the graduation of the officers  , noted  to the admiration of the military Officers and other Stakeholders  present  at the passing out  parade of the   new set of Surveillance officers that the  ‘’capacity development  component of the  of the Deep Blue Project of his Administration is on course  as the agency ‘’prepares  to take over the land and the maritime infrastructure component ’’.

The NIMASA  Helmsman disclosed that the land based prevention Force  is expected to work closely with the agency  Command and Control  Center  to’’ effectively police  the country’s waterways in order to enhance the security  of Captains and their Crew members  sailing with their  Ship through  the Gulf of Guinea, described as a dangerous  zone in maritime circles.

Given an insight into the vision of creating the critical intervention Force as obtained in other maritime nations,  particular the industrialised societies, Ahmed, who represented the NIMASA  Director  General at the passing out parade of the Surveillance officers  stressed that’’ it is for them to put into practice what they have learnt from the Military Training School on security and waterways protection in order to flush out the pirates giving  ships  sailing into  the country  or  outside the country  a cause to worry.

An elated Peterside had used the opportunity provided for   the successful passing out of the second batch   of the Surveillance officers  to reassure Nigerians that the Deep Sea project , which was being implemented  by the ministry of Transportation  and the ministry of Defense ‘’, will  curb  criminality  in the nation’s maritime domain.

‘’The present  threats  posed  by the  insecurity  in the waterways  and the need to support  the economic renaissance  of the nation  informed    the  bi-ministerial  collaboration of the ministries of Transportation and Defense under the  Supervision  of the Office of the National S security Adviser , NSA, to develop  a’’ robust  security  architecture  comprising the military and the other security  agencies that would  ensure  a conducive  and enduring  maritime  environment for the country’’, he had said.