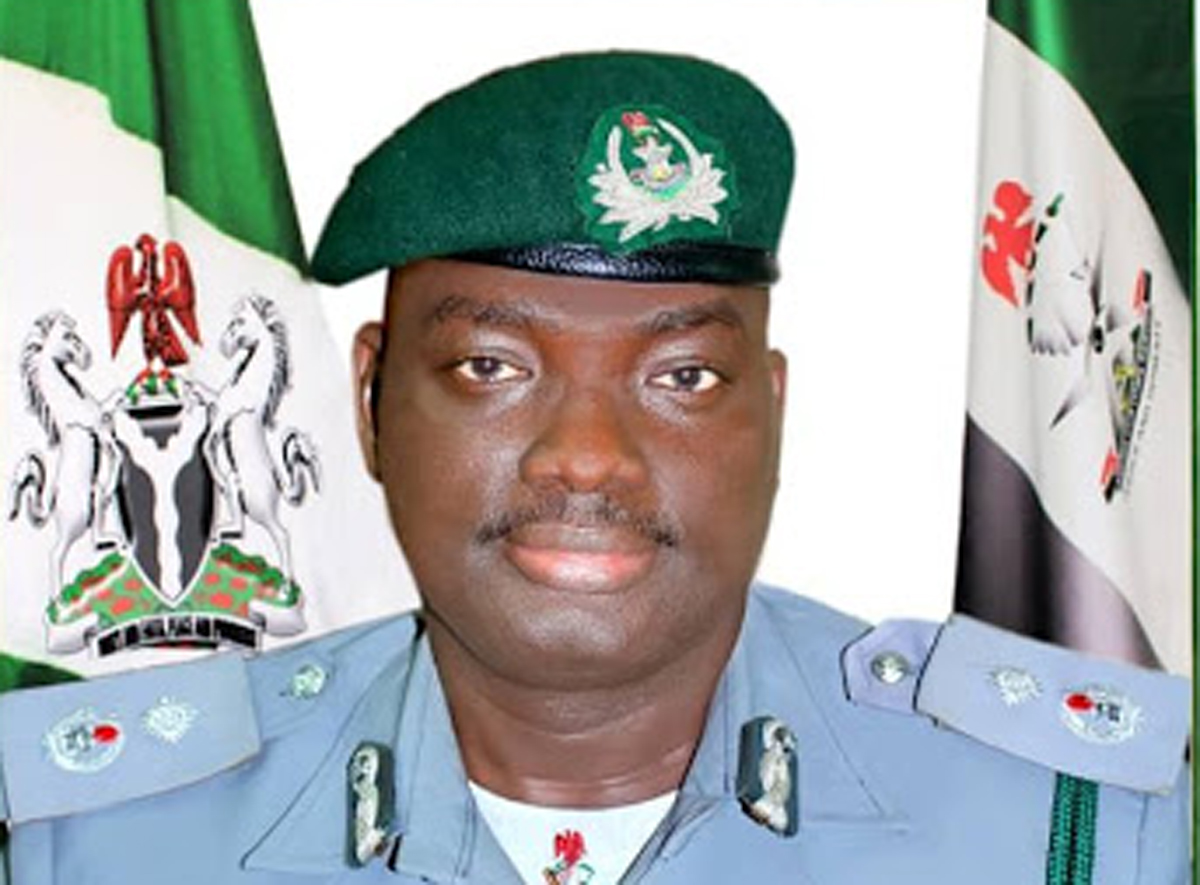 Ever since the  Nigeria Security and Civil Defence,NSCD, intercepted   150,000 Jerry cans of 25  litres each  from a Creek in Badagry axis  , known in Maritime circles a point of no return last May which  were evacuated and transferred to the Federal Operations Unit, FOU, Zone A, premises, by Jack Okpabi, a Chief Superintendent of Customs  in-charge of the Command Gbaji checkpoint, petrol smugglers in the area  appear to have devised ways of continuing in  the illegal business.

They were said to have developed new secret locations to stockpile their Jerry cans of Petrol of 25 litres each  for smuggling into the neighbouring  West African country of Benin .  They got it wrong.  This is Shedi Wada, acting Comptroller, Seme Command , who had a running battle with the petrol smugglers when he  was in-charge of the Owode- Out-station and his men  were not ready to give any chance to them operate within the Seme Jurisdiction.

Acting on information, the Command  Joint Patrol Team last Friday, had gone  out operation  along  Seme- Carpenter village within the Seme  axisis . The Team were said to have discovered a hideout that was  used by the unrepentant petrol smugglers to stockpile their Jerry cans of 25 litres of petrol for onward smuggling  into Benin through illegal routes.

Eyewitness account told The Value News  that  trouble started when the Wada boys made effort to evacuate  the Jerry cans of petrol to the Government warehouse  at Seme, as the criminal elements were said to have  launched a vicious attack and aggressively advanced  towards the scene  of the seizure with   cutlases and other dangerous weapons ostensibly to set the place ablaze which could lead to loss of lives and property  worth millions of naira in the area.

Aware of the volatility of the seized items , the officers were said to have taken all the necessary precaution  to halt the advancing movement of the smugglers and their hired mod towards the scene of the seizure.

Hussain Abdullahi, an Assistant Superintendent of Customs and the Command Spokesperson,  disclosed that the  officers  were forced to use their firearms  to defend  themselves  rather than  allow the mob who were armed with dangerous weapons  to frustrate them from evacuating the seized Jerry cans of petrol of 25  litres  each. They were said to  have  shut into the air to disperse the crowd but a  stray bullet went and hit at two innocent kids at the scene of the seizure.

Abdullahi, the Command , Spokesperson, gave the names of the two wounded teenegers  as Adomeh Henry and Unsu Taiwo.  They were said to be  between  the   ages of 10 and 12. TWada, the Seme Customs Comptroller was  said to have  ordered  that the two  victims  hit with the stray bullet be taken to the Command Clinic at the Border Community for proper medical attention.

It was not surprising why they were quickly rushed to the customs   clinic at the Border where the Doctors started immediate treatment. When it became clear that condition were stable  and that there was  no damage to  any part of their body system, the clinic doctor, ordered that that they should be discharged the next day.

In spite of the fact that there was no physical damage to their body system, Wada, who  was said to have broken down  because of the pressure of work has continued to maintain  close touch  with the family member of the two kids to know how they are feeling on a daily basis.

The Customs Comptroller was said to have sent a message to the petrol  smugglers and their sponsors  both within the Seme Jurisdicion that the renewed  hostility  ‘’will never  be a distraction  to their determination  in carrying  out their  statutory responsibilities’’.  He stopped  short  at saying that the smugglers will continue to meet their ‘’waterloo with no breathing space’’.