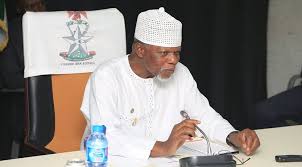 The last may not have been heard about  how  Mohammed Aliyu, Comptroller , Federal Operations Unit, FOU, Zone A, Ikeja  mobilised the Command Operations and Lagos Roving Team , members, , under the close watch of Riks Lura, a Chief Superintendent of Customs, to  make  a seizure of  100,000 pieces of  dried Donkey Skin , loaded into two ”20” Containers  at the Okota axis,of the Alimosho , Local government Area, described as one of the largest local governments , in Lagos  state on May14, 2019.

The items, which were impounded  by  a team, under the Command Operations and Lagos Roving team, on May 14, 2019, which were loaded into two Containers, to the Asian country of China, were valued at about N15 billion, the highest single seizure  to be made under  any Comptroller in the Command  in the last  twenty years.

As a prelude to the seizure of the N15 billion  worth of donkey  skin items, loaded found in  two Containers,  the  team, earlier had  seized of  about   70 sachets  of donkey skin, earmarked for export to China, on May 12, 2019, allegedly within the same axis.

When he eventually found his way to the Comptroller’s office and opened up  on what he saw being   loaded into two  ”20” Containers in a location at Okota, and how the  Command , anti-smuggling  officers,  could access the area, he  Comptroller was very happy with him.

The Customs Comptroller was said to have   taken up the matter with  Riks, the  fearless and rugged anti-smuggling officer , in- charge of the Command Operations and Lagos Roving team , who quickly detailed a patrol which laid an ambush on the location  for days.

Note that the Comptroller had kept  away the information from  Yahaya, who , incidentally had been redeployed  to be  the Coordinator of  the decentralised Comptroller General  of Customs, CGC, Strike Force, Zone A,  Lagos, which was  saddled with the responsibility of over-seeing  anti-smuggling Operations  in Lagos, Ogun, Ekiti, Ondo, Oyo  and Osun, the six states in the South west geo-political region.

Another school of thought, however, said the information about the two Containers load of donkey skin was sourced by the officers attached to the Operations and Lagos Roving team and followed it up utill the stage was set to strike.

Maritime watchers believe  that if Yahaya, a Deputy Comptroller, in-charge of the Command  Enforcement  Unit,  had such a privileged information, he may  have mobilised  a Strike Force team  to take over the location to pre-tempt FOU, Zone A, Operations and Lagos Roving team , from making the  billion naira seizure, which had endeared Hameed Ali, a retired Colonel and Comptroller General, Nigerian Customs Service, NCS.

The seizure of the billion naira donkey skin in lagos  state, may have opened the flood gate  for other patrol teams under the  close watch of Aliyu,  to hunt for  fried donkey skin  earmarked  for export   across the six states in the region.

The teams which are  working closely with, Rks, regarded as the ground master in anti-smuggling  operations, across the country,, were said  to have joined  the  Operations and Lagos Roving Patrol teams, to block the region, particular , Ogun state which, has over 80 unapproved routes  used by smugglers to  carry out  their nefarious activities as contained in Nigerian Immigration Service, NIS, records of illegal Border routes between Nigeria and Republic of Benin.

The fallout was  the recent  seizure  of  400 packs of Codeine, a prohibited pharmaceutical drug , loaded into a truck , around the  Ogun state axis by the Riks boys, on patrol. The Codeine seizure by the Operations and Lagos Roving patrol officers , may have encouraged   the Ahmed led Strike Force  team to  go all out for the Codeine smugglers as  it made make an additional 200 packs of Codeine seizure , in the  state.

There is no gain saying the fact that  given the mandate given to Riks and the other anti-smuggling patrol and Surveillance team  leaders , to effectively block the land Border Areas in the south west, to ensure that no Contraband enter into the country including  foreign parboiled rice and vehicles,  the Yahaya led Strike Force i will  eventually end up not making any meaningful anti-smuggling impact in the region.