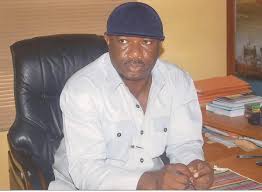 For the sake of clarity, these are containers which have discrepancies on consignees’ names on clearing documents such as  Single  Goods Declaration,SGD,  Pre-Arrival Assessment Report, PAAR, and Bill of Lading.

NAGAFF, as a responsible trade group, wishes to align with the decision of the Customs hierarchy.

We appreciate the position and concerns of the Customs on the need to ensure that all extant laws and guidelines on proper goods clearance procedures are followed.

However,  as much laudable as the decision of the Customs to ensure that all the stakeholders play by the rule, we want to call the attention of the Customs hierarchy to the unintentional consequences of the abruptness of the suspension order.

Over 2000 containers which unfortunately fall under this category are currently trapped at Apapa port.

Many more, the numbers of which we cannot immediately determine, are similarly held at other ports and border posts across the country.

In the same veins, these trapped containers are capable of causing congestion which may slow down the process of goods clearance at the port.

This is not to talk of the mounting demurrages the trapped containers will attract from both the shipping companies and terminal operators.

It is in the light of this that the association is seeking a reprieve on behalf of our members who are involved in this unwholesome practice.

We appeal to the Customs authority to grant an amnesty for the trapped containers to allow their owners clear them.

Our position was informed by the fact that these containers were already in the process of clearance before this order suddenly came.

It is our wish that the Customs grants a window with time lag for these containers to exit the port.

We encourage that the  full weight of the law be brought on importers and agents who thereafter fall foul of this directive after this relief is granted.

We believe if enough notice was given before that proclamation was made, it could have afforded many of these containers to escape the hammer.

As it stands now, the directive has paralysed goods clearance process as majority of consignments are caught in the web.

Our association has however embarked on enlightenment campaign to educate our members on the need to engage in proper goods clearance procedures .

NAGAFF , as a trade group committed to professionalism and fair trade practices, will not encourage and condone indiscipline and act of impunity among its members.

We are ready to continue to partner with Customs Service in its efforts to sanitise goods clearance procedures at the ports.