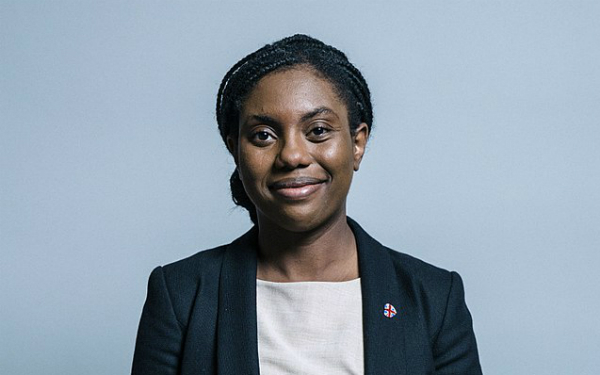 The decision by Theresa May, former British Prime Minister  to step down  after  repeatedly failing  to get   her Brexit  plan  scale through the Conservative Party , CP, controlled parliament ,  may have paved the way for  Boris Johnson, his successor, to appoint a 39-year old Kemi  Badenoch, as the UK, junior minister for Children and families. Until her appoint  last Saturday,  She was a member of  the British, Parliament  representing  Saffron Walden  Constituency in the UK.  She was said to have been elected into the Parliament in June 2017 and also the first woman , to represent the Constituency in UK. Political history.

Badenoch , who considered it a huge privilege  to be  appointed a junior Minister under the Johnson Administration, promised  to make a positive difference  on a number of issues  close to her heart. ‘’I look forward to working with the ministerial team and everyone, including  my Conservative Colleagues  but cross-party  and h grateful   for the warm welcome ‘’, who no doubt  she said  would put her on her toes.  The Nigerian, UK, born politician was said to have made reference to steve  Reed, a Member of Parliament  as one those who  would not hesitate to Keep her toes  to work .

Badenoch,  going by reports making the rounds has been receiving  Congratulation messages  both within the UK and Nigeria from close associates and family friends.