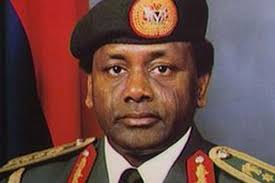 A British Tabloid ,Metro, on Tuesday, June 4, 2019, revealed that the British government has seized the over 211 million pounds belonging to late General Sani Abacha, a former Head of State, found in a New Jersey Bank. The question on the lips of most people is how the money was lodged in the United States of American, when the former Head of State, between  1993, until his death in 1998, never travelled outside the country.

But the sources disclosed that it was lodged in accounts allegedly held in the American city by Doraville Properties Corporation, A British  Virgin Islands Company. The money may have been seized by the British government at the Island Attorney General,  who 2014, at the request of the US had the Royal Court New Jersey Account the late Head of State from being released to the Nigerian government.

It was learnt that the money is being held by the  Thresa May controlled the British government as Prime Minister until the Authorities in New Jersey, US, and the government agree on a  sharing formula. The presidency has maintained silence on the mater since the multi-million pounds Abacha loot, discovered in an Amerian Bank hit the .  Many had expected President Muhammadu Buhari,  who was the former  Head of Chairman , Petroleum Trust Fund, PTF,  to speak out when the news leaked out and quickly reach out to Donald Trump, the US, President on how to resolve their difference to facilitate the release of a large chunk of the loot to Nigeria.