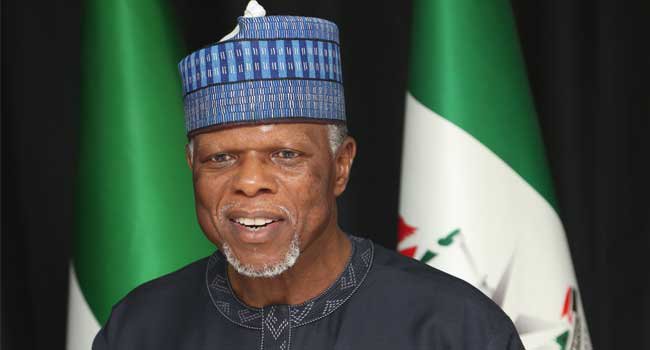 When Hameed Ali, a retired Army Colonel  was appointed the Comptroller General , Nigerian Customs Service, NCS, in August 2015,given blanket  a mandate by President Muhammadu Buhari  to ”reform , reorganise and  improve the revenue  generation of the Service”, nobody knew the nature the reform or  reorganistaion would take.

Prior to his resumption of duties, said to have held some officers of the Service including the Management team on how to go about the restructuring with the old arrangement.  It did not take long before the retired Army Colonel began to to unfold his plan of the new shape of the Service.   For a start , he started running the Service , through ad-hoc  Task Forces, who directly to him and which favour the Deputy  and Assistant Comptroller Generals of Customs who have constituted themselves into a powerful block  in the Service to  influence the Army Comptroller General.

He may have started test-running his action plans  for the Service, when  he set up the  Compliance team  to complement   the  anti-smuggling efforts of the Federal Operations Unit, FOUs, across the country. The Compliance team was said to have been decentralised in its operations to make it more effective.   The team A, was made to oversee the anti-smuggling operations in Lagos, Ogun, Eki, Ondo, Oyo and Osun , the six states in the south west geo-political region,  the team B, took charge  of the anti-smuggling operations in the northern axis while team C, took control of the south and south-south geo-political region.

Unsatisfied  with the conduct of the team members, he quickly replaced  it with  the Strike Force, baptised  the ”Comptroller General of Customs, CGC, Strike Force with members drawn from the FOUs, across the country, Customs Intelligence  Unit, CIU, Information Communication Technology, ICT, and Drivers.

He was said to have placed the Strike Force team under  the control of a Deputy Comptroller, who served as the National Coordinator while an Assistant Comptroller was made a Zonal Commander in each of the three Zones,  inherited from the old Compliance Structure

years of tinkering Strike Force arrangement which was in several quarters including the Lagos Chamber of Commerce and Industry, LCCI, and Manufacturers Association of Nigeria, MAN, Ali moved to the operations of the team. forced by the Customs  Cabal to go back to the old Compliance team arrangement operations.

Austine Chidi, a DCG, in-charge of the Service Enforcement, Investigation and Inspection,  regarded as a member of the member of the Cabal  at the  Customs Headquarters who announced  the Changes also appointed  three Deputy Comptroller Generals  to head each of the Zones: Zone A, Lagos, Zone B, Kaduna and Zone C, Owerri, Imo state.

Many believe that  that the retired Army Colonel may  have bowed to pressure from the Cabal to reconstitute the  CGC Strike  when they found that Abdullahi Kirawa, a Deputy Comptroller and the National Coordinator, who understands the nature of his assignment has become too powerful   that he has direct access to the Customs Comptroller General. The Cabal who may not  have it found it funny  have no option but to bring Kirawa down from the Olympia  height.

Maritime watchers  had thought that  with the decentrantralisation  of the CGC , Strike Force,  the Cabal would go to rest as they have achieved their purpose  of getting a piece of the action, they got it wrong. Their next target was to plot for the decentralisation of the  seaports  to whittle down the powers of the Area Comptrollers.

Insiders told The Value News, the powerful  DCGs and ACGs, who were chips of the old block where the Heads of the  CIU and Valuation Departments  at the seaports  report directly to the CGC, were maintained. Recall that  Sani Nuhu, Bariko Kbagi and Musa Tahir, all  retired  ACGs and Julius Nwagwu, were products of the old  CIU, structure, which made them too powerful that they could over-rule the decision of any Area Comptroller in the south west.

A one- time Apapa Area  Comptroller who was caught in the act was  found kneeling down before  Nuhu, then a  Deputy Comptroller , begging for pardon,  despite the insults rained on him by the Apapa CIU , boss.

The fall out was the plot by the CIU Cabal  at the Apapa sea port to take advantage of their closeness to Nnenadi Usman, then  minister of Finance to plot for the sacking of the then Old  Customs  management in 2004 and replacing it with a  new which was  mixture  of those who believe in the change and those  who did not believe in the change.

It was not surprising that there was among the new Customs management until the Conservatives finally took over the service, that they destroyed the old by bringing the CIU and the Valuation under the control of the Area their respective both at the seaport and Land Border stations.

Efforts to Joseph Attah, a Deputy Comptroller and the Customs Image maker, on the of the Command not .  But a senior Customs officer  who spoke the Magazine disclosed that  Customs Comptroller General has given approval that the CIU and The Valuation should no longer  report to their  Area Comptrollers in their respective Commands  but to  the overseeing officer at the Headquarters, an indication that the NCS, is back to the era of supper CIU and Valuation officers who could hold the Area Comptrollers to ransom if they fail to carry out their biddings.