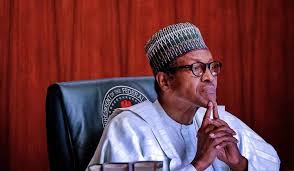 Given the frequent Xenophobic attacks by aggrieved South African Blacks  on foreign Nationals including  Nigeria  in Durban and spread to Johannesburg, the country’s Commercial nerve  center and other major Cities in the country, penultimate  week   Cyril ramaphosa, the South African,  President  heaves a sigh of relief over anticipated  State Visit of President Muhammadu Buhari , to the country  on October.

Not that the attack on Nigerians in the wake of the crisis had been hanging on the neck of the South African President like a sword of Damocles that he had to run down to Nigeria last month to see Buhari  to talks things over with him. He was said to have invited him to the country to see things himself.

The initial impression in official circles was  that the South African government  was behind the coordinated attacks by the Black South Africans on foreign nationals   as the attackers were armed with AK 47 and other sophisticated weapons .Note  that since information emerged  on August 10, 2019, about  the Katsina state born Nigerian President  , security have been tightened  in Pretoria and other  South African major cities, ahead of the visit.

The planned State visit  was said to have been communicated to the South African government in order to prepare the ground for the visit. Ramphosa, may not kept the information  between him and the ministry of Foreign Affairs, alone , as he was said to have prepared the mind of the mind of the people about the Nigerian President State visit  and the need to troop out enmase to welcome him.

he  was said to have made it clear to the people that the visit was  to ‘’reinforce  the strong bonds  between the two countries and jointly develop  responses to challenges affecting  people  and businesses in South Africa and Nigeria’’.

As a prelude to the anticipated  State visit,  Ambassador Ahmed Abubakar, Director General, National Intelligence Agency, NIA and  was  dispatched as a Special  Envoy to South Africa,  last Thursday , to convey the government’s feeling to Ramaphosa,   on the recent events in South Africa , in the context  of the strong  and cordial relations  that  had characterized the interaction between the two countries over the years.

Acting on the mandate given to him, Abubakar, the NIA,  boss, was said to have met the South African President  on Friday, September 6, 2019,  to deliver the message from his Nigerian Counterpart to him .An elated Ramaphosa , who could not hide his feelings over  the Special Envoy message from Buhari,  , pledging Nigerian’s  readiness  to assist South Africa  in finding a lasting solutions  to its security challenges was said  to have reaffirmed  the relationship  between the two countries  as being ‘’firm and strong ‘’. The South African president was said to have further told the Special Envoy, that the two countries  have been ‘’resolute  in their shared commitment  to building an Africa at peace  with itself and others’’ and would never allow any problem to come in between them to destry the Cordial  relation.

There is no gain saying the fact that the   violence which had triggered in in Durban and spread to Johannesburg  as well as other major Cities in the country, has stocked  concerns about  relations between the two African biggest economies.

In apparent reaction to the crisis, the  government  had recalled Bala Kabir, its Ambassador in South African for briefings, forcing  the South African government to close its  Embassy In Abuja  and Consular office in Lagos, for fear  being attacked  by angry youths.

The fear became pronounced because of the recent attacks on MTN Group facilities in Ibadan, Kaduna  and  Super market chain , Shprite in Abeokuta and  Lagos, by angry Nigerian Students. The attack on the South African Companies in Ibadan, Kaduna, Abeokuta and Lagos,, according to security sources, could have spread to other major Cities in the country,  but for the quick intervention of Mohammed Adamu, the Inspector General of Police, who mobilised his men to beef up security  around  the  South African Companies.

Last Saturday, there was a rumour making the  rounds  that there was an explosion  in the South African Embassy in Abuja, to   further dampen the enthusiasm of the South African  government  not to re-open its  High Commission and Consulate office  in Nigeria, forcing Lai Mohammed, minister of Information and Culture  to speak out . Mohammed had described  the rumour as  ‘’fake, orchestrated by the desperate Opposition People Democratic Party, PDP,  to cause panic and chaos  among the populace’’, urging the people to ignore it.

The minister disclosed that  the video of the alleged bomb explosion , which hasd gone viral in the Social  Media, was the bomb explosion  at  Emab , near Banex, in Abuja, on June 25, 2014, during former President Goodluck Jonathan led PDP government.

Appealing to Nigerians to expect more of such  fake  information   in the days and weeks ahead because of the recent events  in South Africa and attack on some  MTN facilities  and retail outlet  Shoprite in some parts of the country in order to further create bad blood between the  two countries. ‘’This is just the beginning ‘’he had said.

Note the South African government fears that the Xenophobic attacks on the foreign nations including Nigerians, and their business, in their country  ,  might force the nigerian  government to  take measures that might  adversely affect  South African businesses, particular, MTN, Multi-choice, a digital Television network and  the retail outlet, Shoprite, which  were said to be  repatriating millions of dollar, annually to South Africa,  to further boost its development drive.

Already, there  had been calls on the government to nationalize the South African Companies since the people  could attack Nigerians, without casting back  their mind  to reflect on the support given by the country to free them  from the obnoxious apartheid regime.

Adams Oshiomhole, a former governor of Edo state and National Chairman, of the ruling All Progressive Congress, APC, was very outspoken  on this. He was said to have also taken  advantage of the  a recent visit to the President accompanied by Yahaya Bello, the APC , Governorship Candidate, in the forthcoming Kogi state governorship election to   further draw the attention of the President of the President on the need to deal decisively with the South African Companies to force  government to  their knee. Unknown to him, the President ,who has been in regular touch, with his South African  counterpart, was not ready to do anything that would  further strain the relationship between the two countries.

Recall that  there had been plans on ground by officials of the ministry of Foreign Affairs for the evacuation of distressed Nigerians living  in the country. Going by the arrangement on ground, the evacuation exercise , ought to have commenced on Friday, September 6, 2019, but was said to have been shifted to Saturday, September 7, 2019.

Anthony Ogbe,  minister for Consulate and Immigration, at the Nigeria Consulate in Johanesburg,  said  the exercise  is free  , noting that there  will be no payment  for  documents for those without International Passport.

Appealing to interested  Nigerians who were ready to leave South Africa to register  as at last Friday,  and be prepared  to travel  by Saturday after providing the necessary information but that was how far  Ogbe could.  Geofrey Onyeama, the minister of Foreign Affairs , at the instance of Buhari, was said to have  made adequate arrangement with Air Peace , one of the notable Airlines in the country to evacuate the distressed nigerians out of South Africa for free.

Ramaphosa, the  South African President may have known the implications of Nigerians leaving the country in their thousands which might adversely affect  the economy that he quickly reached out to the Nigerian President to have a rethink about the plan of the  evacuation Nigerians from his country as the government is doing everything within its powers to resolve the crisis in order not to repeat itself again.

He was said to have assured  Buhari  and other African  Presidents  that they have no reason to worry about the security and protection of their citizens as the situation was  under control.  This may have informed why Air Peace could not commence the evacuation exercise of the distressed Nigerians  on Saturday  as expected.

Security watchers informed The Magazine that since information leaked about  the Nigerian President anticipated  State Visit to South Africa, on October, it has given Ramaphosa, the South African President, a thing of joy.

He had expected to use the opportunity provided by the last World economic Summit hosted by the Country, which had attracted Heads of States and Governments from different Asian countries, North America, United Kingdom, UK, and  African to meet the Nigerian delegation which ought to have been led Yemi Osibajo, a Professor and the Vice President . Not that the President had cancelled Nigeria participation  at the Summit  to show its anger to the South African government  over the Xenophobic attacks on Nigerians living in the country and their businesses.

Iis not surprising  why there is jubilation in several quarters in South Africa, that Buhari ,  is coming to the  country on a State visit. Unconfirmed report said MTN, Multi-Choice and retail out Shoprite, officials, are closely working with the South African government to give Buhari a rousing welcome.  In spite of the fact that the South African government  and  its Companies in Nigeria have made adequate preparation to  receive the Nigerian President and his entourage,  it is not yet  clear, whether the President  would still keep to his promise of  the State visit. This is because there have not been any official Statement from the Presidency since bubakar, briefed the President on the return  to deliver a message  to Ramaphosa, the South African Presiden. But Diplomatic sources said, all hopes are not yet lost as there is nothing to show that the Nigerian President  would not keep to the plan of the State visit  to reassure South Africans that Nigeria would  never abandon them in this trying period.