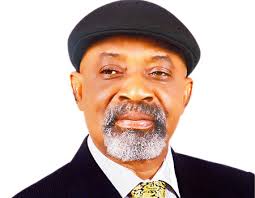 those who think that the gate of Nigerian  Universities would remain locked for the next government to re-open them would be disappointed. This is because President Muhammadu Buhari of the ruling All Progressive Congress, who is seeking re-election, may not want the Accademic  Staff Union of Universities strike to go beyond next week.

Buhari was said to have directed Chris Ngige, a former governor of Anambra state and minister of Labour and productivity, to do everything within his powers to ensure that all areas of conflict with the government were resolved.  The President, according to a source in the Ministry of Education is not happy that Nigerian undergraduates are wasting precious time they should be University facing their studies to be engaged by heartless politicians as political thugs. The source disclosed that the President has thrown his weight behind Ngige, the Labor and Productivity that whatever is agreed in their meeting would be binding on the government.

Based on the assurance, the minister was said to have entered the negotiating table with the ASUU leadership with hope to resolve the crisis. A close ASUU  source disclosed that the conflict of interest between the Union and government could have been resolved at today’s meeting  but some grey areas which they needed a firm commitment from the government. Moreso, the minister want to hold further consultation with the President before making any Commitment that Union would always capitalise on to go strike.

The University Dons had abandoned their chalks and research November 4, 2018, to force the Buhari attend to demands which had been hanging over the years. The ASUU leadership were said to have mobilised their members over what as ”poor welfare and university others. analysts who spoke to the Value the ASUU members as ”Oliver Twist”, always holding the government to ram some hold both the ”yam and the knife”.

The analyst noted that many of the ASSU  members are happy for the strike to go on because of their own selfish interest of Consulting for most of the private Universities. or shuttling between Nigeria, United States and the United Kingdom as visiting lecturers while the Nigerian Education systems are dying.

there is no gain saying the fact that this Friday’s the Association and the government represented by the former Anambra state governor a was the 19th  to resolve the industrial dispute in the last three months but the two sides had refused to shift ground holding position. who had laid for the officials of the Union and the government negotiators were disappointed s the two sides kept , fueling speculations that ASUU may call off the strike next week as the government may have assured them of meeting their demand halfway for now because of competing demands. The parties have agreed the media after their meeting next week. It could be ascertained whether it is going to be a joint briefing or ASUU would be allowed to do the

Recall that Yakubu, Chairman, Independent National Electoral Commission, INEC, had intervened last resolve the seven-week-old strike but was told by  Abiodun ASUU, President that the ”strike is the national interest” to force the government never to renegade in its promises. the INEC the not be the ready to accede to lecturers’ demands.

could not hide his feelings was said to have pleaded with the ASUU members to suspend the strike in the national interest and the survival of the nation’s democracy and go back to the classroom. The INEC is more interested in the Lecturers calling off the strike because some of them would be used as returning the 2019 general election. It is not surprising why Yakubu, the INEC, Chairman has cashed in on his vantage position to prevail on the President to save the system by using his executive powers resolve the crisis. The President may have bought the idea, that he gave his words to Ngige, the minister of Labour and Productivity to the ASSU leaders and report back to for consideration.   This is an indication that the ASUU strike may be called off before the February 16,  2019, presidential election.