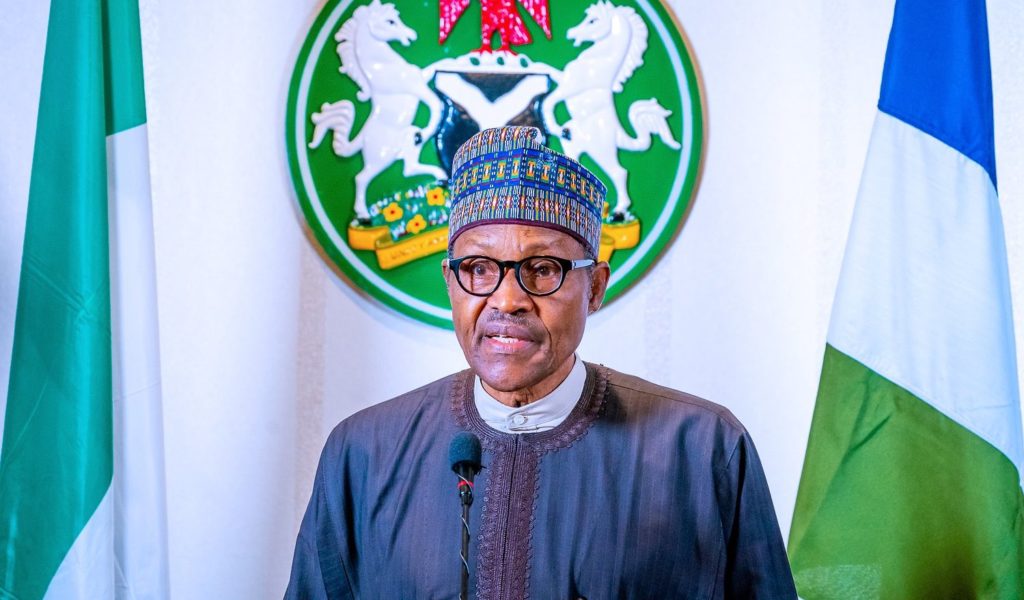 After days of  intensive protest by youths and Nigerians tagged ENDSARS against the activities of operatives of Special Anti-Robbery Squad ‘SARS”, The Inspector General of policeMohammd Adamu caved under pressure to order the dissolution of SARS with immediate effect. According to the memo on the disbandment of SARS which was conveyed by the Force Police Public Relations Officer ACP Frank Mba, the operatives of the anti-robbery squad have been dissolved in all the 36 states of the federation and the Federal Capital Territory.

All officers and men serving in the unit are to be redeployed to other police formations, commands and units. The Police boss also promised to unveil soon a new policing arrangement for tackling the ofences of armed robbery and other violent crimes while a citizen and strategic stakeholders forum is to be launched to provide an avenue to the general public to engage and advised police authority on issues bothering the public. the fallout was the formation on Wednesday, October 14, 2020, of the Special Weapons and Tactics, as a replacement of For the discredited SARS.

Similarly, the new sweeping reform policy include the constitution of an investigating Panel to deal with the report of crimes committed against the citizens by the SARS personnel. The Pane whose aim is to ensure that culprits are brought to justice will include the civil society organisations and Youths, he had said.

The order to scrap SARS which was a direct consequence of the killing of a man in Delta state by operatives of SARS over a minor argument came shortly after President Muhammadu Buhari h ad a close door meeting with the Police IG,  over the protest against SARS activities.

Although extra judicial killings and brutality of Nigerians by SARS has raised several concerns in recent years,the recent killings like the one of Nimo Jonson in Ogbomosho further fueled the protest as it nailed home the message of SARS brutality and other infringement of rights for which Nigerians wanted the police unit scrapped.This is not the first time, activities of SARS bothering on brutality has led a call for Police reforms.

Last year, the vice president Yemi Osibanjo, then in his position as acting president following Buhari medical tour had ordered an overhaul of SARS, which was applauded by Osai Ojigho, the  Director of Amnesty International in Nigeria as commendable and overdue.

“This is an overdue yet hugely important move by the then Acting President Osinbajo. The growing outcry over the brutality of Nigeria’s notorious SARS police unit has finally got the attention of the country’s authorities.

“While this is positive news, it is crucial that any overhaul of SARS is far-reaching and immediately effective. Restructuring SARS is not enough unless the government takes concrete steps to protect Nigerians.

“The reform ordered by Ossnbajo, the Acting President, critics had argued must translate into ending the serious human rights violations, such as torture and extrajudicial executions, that SARS officers have been committing for years across Nigeria. That includes bringing to justice SARS officers found to have committed such atrocities.

“There is much compelling public evidence of human rights violations committed by SARS, some of it directly documented by Amnesty International, and this should now be used to aid an effective investigation into the unit’s crimes.

“The special panel convened to investigate SARS must be independent and impartial. Its aims can only be achieved if victims are given time and protection to present their cases.”

In September 2016, an Amnesty International report highlighted gross violations by SARS, including torture and other forms of ill-treatment. The report prompted assurances from the Nigerian authorities that SARS would be reformed, yet shocking violations committed by the unit have continued.

Kolade Johnson’. The fatal shooting of Johnson sparked outrage and reignited a public call for the shutdown of a controversial police unit in the country.

Kolade Johnson was shot by officers with Nigeria’s anti-cultism police unit during a raid in Lagos on Sunday, according to a statement from the Nigerian Police Force. Members of the unit were searching for a suspect and at one point fired into the air, Johnson’s family and lawyer told

The 36-year-old father and a friend were leaving a soccer viewing center in the area, where they had gone to watch a Premiership league match, when a stray bullet hit and killed Johnson, his family and lawyer said.

Lukman said her brother was dedicated to his family and had just returned from South Africa, where he had lived for five years to focus on his music career.

“He had saved up some money while working in South Africa and he returned to Nigeria to start his own music label. He was just getting back on his feet. I can’t believe he is gone,” .

Johnson’s killing provoked widespread anger among Nigerians, who said the police unit had gone rogue and should be disbanded immediately.

Many Nigerians have commended the action and call for not only a ban on SARS but a re-orientation of personnel in the entire force. For the Speaker House of Representatives, Femi Gbajabiamila, the action on SARS will not stop the propose constitutional amendment which give backing to the creation of community police.

But a human rights advocacy group Global Rights has painted a gory picture to the large scale extra judicial killings by SARS.

According to the Country Director of Global Rights Mrs Abiodun Baiyewu, the report detailing extra judicial killing by SARS alone in nine months between January to October 4 this year put the figure at 122.

In Jaunary the organization said five persons were killed extra judicially, 20 in February, seven in March, 24 in April, eight in May, 16 in June, six in July, 30 in August, four in September and two in October one of which is the killing in Ughelli which sparked the protest that has led to the disbandment of the force.

It claimed that SARS was not the only unit of the police that committed the crime as it added that operatives of the Nigerian Navy, Nigerian Customs Service ,NCS, Nigeria Security and Civil Defence Corps, NSCDC, and Nigerian Army were also culpable.
With this record of extra-judicial killing nationwide, Baiyewu observed that Nigeria’s threshold for violence “is inordinately high especially considering that the country is not at war

“Citizens are contending not just with the insecurity meted on them by organized criminal groups, but also by official security forces, in particular focus currently – SARS,” the country director explained.
He said SARS’ power to terrorise “is enabled by impunity. President Muhammadu Buhari owes Nigerians a duty to probe the operations of this unit, audit the entire police force, and make concerted efforts to ensure their reform.”

Citing the widespread anti-SARS protest nationwide, the Chairman of Amnesty International in Nigeria, Mr. Auwal Rafsanjani condemned the extra-judicial activities of SARS and Federal Special Anti-Robbery Squad (FSARS).
Consequently, Rafsanjani challenged the inspector-general of police to implement the report of the Presidential Panel on the Reform of the Special Anti-Robbery Squad (SARS) within three months.

He also urged the inspector-general to Identify cases of extrajudicial executions, torture and ill-treatment, which according to him, have caused death or severe injury and make them the subject of independent, prompt, impartial and thorough investigations, and officers reasonably suspected of criminal responsibility be brought to justice.
He tasked the police authority “to ensure that all police officers, including SARS officers, receive training based on human rights standards compliant practices. All police officers should receive training and re-training (where applicable) on human rights compliant practices.”

He recommended the need to empower the Police Service Commission (PSC) to carry out its oversight function of the police, including SARS while also calling for a serious consideration to be given to the creation of a specialised department within the PSC, for oversight of SARS.

He added that the provisions of the Anti-Torture Act 2017 “be enforced and all complaints of torture by SARS must be the subject of independent, prompt, impartial and thorough investigation, and those reasonably suspected of criminal responsibility must be brought to justice, in line with the provisions of the Act.”Many Nigerians are looking forwarded to the real overhaul of entire police.