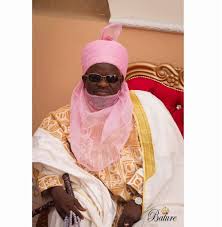 Isa Mohammad Musa, Director, Planning Research and Statistics with the Katsina state universal basic education board, KSUBEB, is not a happy man. Musa’s source of unhappiness was the quality of and Pupils and students churned out from the schools in Ketare District which appear worrisome.

Musa who believes that the Pupils and Students may have passed through the schools without the schools passing through them, thus called on the Teachers in Ketare district of Kankara Local Government area, particular, to redouble their efforts in impacting good knowledge and behavior on their wards.

Musa was said to have made the call at Ketare Model primary school while officially kick-starting the beginning of the second term academic activities in the school after the first term break.He noted that the call became necessary  as  Aminu Masari, the state governor, has given his words to be paying teachers’ salaries and allowances as at when do.

The KSUBEB, Director noted that with the promise of, Masari, the state governor, the teachers have no option but  to be serious with their teaching work and ensuring that the Pupils and pupils and Students  placed under their care in the local government area get quality education and imbibe good that would guide them as future leaders.

The may have gladdened the heart of the teachers to be serious with their work when he volunteered information that arrangement has been concluded for the” release of their outstanding 2017 and 2018 promotions”. Many teachers from the Model primary school, were said to have sat for the promotion examinations.

He was said to have presented to Usman Bello Kankara,the Kanwan Katsina a trophy that would be contested yearly between  the schools in Hygiene and Environmental cleanliness.In his key note address, Bello Kankara, the District head of Ketare   called on the primary school pupils in district to  ”pay attention to their studies and dedicate themselves to the pursuance of knowledge which is the foundation stone for development of any individual”.

Kankara recalled that he started as a pupil of Kankara Model Primary school before proceeding to the Government School, Malumfashi and then to Amadu Bello University, , for his Degree programme, noting that he became the ka of Katsina” through service to the people and hard work. The monarch was said to have used the opportunity of being in the school, to drum the importance of  female education to the hearing of parents to fill the gap in such fields of studies like Medicune, nursing and midwifery

Appreciating the gesture of  KSUBEB Director for presenting the trophy to be contested for by the Schools in the Ketare district, he said,” it will go a long way to boost the children’s moral in improving on personal and environmental hygiene.

The traditional ruler was said to have used the occasion to remind the KSUBEB Director on the need to renovate Unguwar Dede, Unguwar Kukah and Unguwar Mai Gari primary schools, in Ketare district which were destroyed by rain storm last season. The Director was  said to have promised to take up the matter with a higher Authority to ensure that funds were made available for the renovation works.

The Kanwa Katsina, who may not have been happy with the village and ward heads supervising the schools in the Ketare district, urged them to ”intensify their efforts to ensure that teachers and pupils are always coming to school on schedule”.The head teacher of Ketare Model Primary school, may have killed two birds with one stone  when  he conducted the KSUBEB Director and the Kanwa Katsina, round the school to ”see things by themselves” that the pupils are studying under very harsh condition. Eyewitness account said the duo were filled with pity with a promise to take all the necessary measures possible to fix the dilapidated schools.

The duo were also said to have been taken to Unguwar Dede, Unguwar Kukah and Unguwar Mai Gari primary schools, in the district which have a similar problem with the Model Primary School. Usman Kankara Bello, the Kanwa is optimistic that with the visit of the KSUBEB Director,it would expedite action in renovating the destroyed schools.