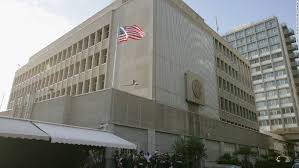 The  United States government shutdown which entered its 12 day on Thursday, January 4, 2019, may still have to go on for a while. This is because Donald Trump and the Democrat controlled Congress are still loggerhead over  increased funding for the US-Mexico Border and would not agree to sign a short term extension bill which had been signed into Law  by the Congress .

Trump was said to have made it clear to the Democrats Lawmakers at a meeting on Wednesday , January 3, 2019, that he could only agree to sign the short term extension  bill if they would in turn agree  to increase the current border line spending of $1.3 billion to something higher which the Lawmakers are not ready to do. The Democrats were  said to have unveiled six bills  on Monday, December 31, 2018, that would be presented to the US President for signing into Law as a prelude to reopening the shutdown government .

One of the Bills , according to a White House report was the one to fund the  Department of Homeland Security at the current levels of $1.3billion,  through February 8, 2019, for Border Security without any additional provision for Border funding as against  $5 billion demanded by Trump. The Lawmakers were said to have made it clear to the US President that” it lacks  money  to fund  a wall along the US-Mexico Border”.

Trump appears to have resorted to blackmail to force the Lawmakers to  agree to go higher than the current  budgetary allocation of $1.3 billion for Border security funding ”if he agreed to sign  a short term extension for them”.  The refusal of Trump to sign the six bipartisan Bills Presented to him by the Lawmakers may have forced the Democrats  to ask him why he had failed to sign it during the Wednesday meeting. They had expected Trump to Sign the Bills to enable them continue to negotiate Department of Home Security funding  during the short term extension. They were disappointed.

The US President who could not hide his feelings about the meeting with the Congressional leaders had tweeted that he would be willing to work with the Democrat controlled  Congress on a Bill that, keeps America safe, an indication that he will not sign any of their Bills until they approve his financial demands for funding of the expansion of the US-Mexico Border project.

In apparent response to the Democrat- controlled congress plan, an angry Trump had tweeted in his New Year to the people of America: The Democrats  as I suspected , have allocated  no money  for a new wall. So imaginative”. He maintained that the government shutdown” would go on for a while”, noting  that ”without  a wall  there could be  no real Border security”, insisting that America  must have a ”strong and secure Southern Border”.

According to him an ”impenetrable wall  would stop dangerous  drugs and criminals from pouring into the country”  but the Democrat Lawmakers had said that  such an expensive border wall expansion  would do little  or nothing  to ”stop illegal Border crossings”, urging Trump to stop promoting the project.

The Democrat leadership had expected to return back to the White House on the invitation of Trump on Friday, January 5, 2019, to continue discussions on how to end the government shutdown.

Prior to the government shutdown, Trump had threatened last September of going to do so if the Republican controlled Congress did not meet the funding of the US-Mexico wall Border demands. He was said to have piled up pressure on the Lawmakers to increase the funding to get the project executed quickly. ”We are spending $1.6 billion now on the project but there  are plans to increase it to additional $1.6 billion”, urging the Congress to approve it.  He got it wrong as the Lawmakers were not ready to accede to his demands.

A report by the Wall Street Journal  indicates that the total amount, Trump, the US President was asking the Congress to approve for the Border expansion project with Mexico, was $18 billion. It was reported that the US government had planned the construction of the over 1,130Km of new barriers along the border at the start of the Trump Administration in 2015.

The US President may have  embarked on the government shutdown which also affected American centers all over the world to force the Lawmakers to have a rethink over the funding of the Border project. This is evident going by the  shutdown of the country’s Embassy in Abuja and Consulate General office in Lagos.

In announcing that American centers would be closed the Embassy in its Facebook Statement confirmed that ” due to the current US government shutdown, the the embassy in Abuja and Consulate General, Lagos are unfortunately closed”. The Embassy further said that ” they  would be reopened for business once  the US government  is resolved”

Many knew from the onset that the US government shutdown would take a  toll on the American they may to stop attending to VISA applicants and those seeking to renew their VISAs by the State Department to queue into the government shutdown. The Embassy and Consulate General officials may have known the implication of the government shutdown going by their Statement Sorry for any inconvenience to our valued patrons. They knew that thousands of Nigerians including government officials apply for VISAs or seek to renew their old but not have of doing so for now until the problem is resolved.When the Value News visited the US Consulate General office in Lagos, on Wednesday, the usual crowd of people found within the premises and its environs were missing . The situation was the same at the Embassy  center in Abuja. Scores of Nigerians who were said to have emergency medical cases at hand  and who were  expected to keep up their appointment with the Embassy and Consulate General officials were disappointed. They have no option but  to make  a U-turn to apply for UK and other European countries VISAs to solve their medical problems.

There is no gain saying the fact that the  expansion of the US-Mexico Border wall  project, was one of Trump major Campaign promises  in the 2015, Presidential election and thus did not want to fail the Americans. Initially, he had insisted that Mexico would pay for it but it was turned down by the country. The refusal of the North America Neighbouring country to foot the bill may have forced the multi-billionaire US President to insist that something must be built along the Border even if it may not be as vast as the one the government had initially envisaged.

The wall’s funding was said to have ensnared  a budget negotiations with the Congress as Trump stood his ground that the 41.3 billion vote must be increased which the Lawmakers were not ready to  approve.

Many believe that what is happening in the US that had snowballed into a shutdown of the government was nothing  but a show of power between the Congress and the Executive arm of the US government. The US President may have alluded to this when he  tweeted in his New year Message to Americans :  Happy New Year  to everyone , including the haters  and the fake social media, adding that 2019 will be a fantastic year for those not suffering from  Trump derangement  syndrome. Calm down and enjoy the ride, as great things  are happening in the US, he further tweeted.

He had made it clear  to Americans that care to listen  that  he would” oppose  any Democrats plan  that lacks wall funding”. It was therefore not surprising when he refused to sign the six Bills that was said to have been presented to him for his accent by the Congress. He had maintained that  he could only do it if the Lawmakers agree to increase the $1.3 billion border funding.

He may have given an insight that Trump may not sign the Congress initiated if it was passed into law. He reportedly said that the Senate may not be willing to send any Bill to the President to be signed into law for now, noting that there is no Bill that would be sent to him that would not be signed into