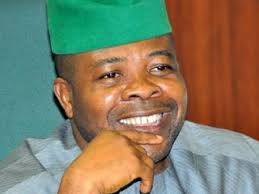 The judiciary is a sacred institution and remains so.The sanctity of the judiciary is indubitable and unassailable in a thriving and mature democracy. Unfortunately, Nigeria is a fledgling or struggling democracy and its judiciary is troubled. Judges who man the judiciary are special breed of homo sapiens taken from among the specially trained minds called lawyers.

By the way, it is not every lawyer that has the qualification, temperament, mien, demeanour, candour and calling for being a judex or properly put, a judge of court of superior record.

Hence, every judge is a lawyer but not every lawyer is a judge and these fine distinctive attributes must not be taken lightly.

The polity is awash with the unsettling news that the Chief Justice of Nigeria (often abbreviated as “CJN”), the head of the Supreme Court, the apex and final court of law and policy, may be dragged to the Code of Conduct Tribunal for breaching the constitutional requirements over declaration of assets.Naturally, given the looming general elections and associated political over dramatisation of every issue, this has rankled the troubled nation.

Of a truth, this is unheard of and unprecedented as no CJN has been on trial since 1863 when the coinage “Supreme Court” was first adopted by the colonial masters via the enactment of the Supreme Court Ordinance No. II and or since the  formal establishment of the Supreme Court of Nigeria in 1963 following the abrogation of the appellate jurisdiction of the judicial committee of the Privy Council which was Nigeria’s apex Court.

Opinions have been rife on the development which has rather developed premature ullage by some dissatisfied lawyers and commentators who “hold unto its droplet to make mountainous and misleading interpretations according to each hold of it they get in bits”.

Lawyers and ordinary citizens are entitled to their opinions on any issue but they should not in guise of enlightenment convulse the thoughts of the ordinary man as they may have had theirs in that light.Therefore and advisedly, those throwing pedestrain innuendos or rushing into political conclusions or unleashing mob mentality through offering unprocessed legal opinions on the very sensitive subject without getting the full facts of the matters are not doing the judiciary or  the polity any good.By any standard, the Chief Justice of the Federation is not a small official of State. He ranks by national protocol.

The  CJN is the head of the judiciary in Nigeria and that is an exalted office with commensurate gargantuan responsibilities and high expectations and it is in that light that the allegations against him must be dispassionately mirrored.

The point must be accentuated very clearly that the requirements for being a judicial officer are usually higher than that required for being a member of any of the other arms or branches of government (being the executive and legislature).A judge or judicial officer is expected to live admirably and consistently above board like the proverbial Ceaser’s wife.

By a community reading of the Judicial Oath in the Seventh Schedule of the 1999 Constitution as amended and the Code of Conduct for Judicial Officers, a judicial officer must not be tainted or corrupt or compromisable and having no business with politics or partisanship.

Aside intergrity, impeccability and incorruptibility which are the irreducible minimum standards for a judicial officer, at all times and in all circumstances, a judicial officer must never be in breach of the Constitution or laws of the land.

The allegation before the Code of Conduct Bureau (also called “CCB”) is that the CJN, Nigeria’s most senior judicial officer, maintained illegal accounts containing foreign currencies and did not declare them.By no means is this a trifle or a joke or allegation that can be dismissed with a wave of the hand or sacrificed on the alter of expedience or political jiggery-pokery.

Without prejudice to the right to presumption of innocence, these allegations are direct affronts and breaches of the provisions of the Constitution which judicial officers among other things swore to observe and uphold.

Sadly, preliminary findings disclose that the deposition or statement of the Learned CJN to the CCB did not completely and satisfactorily rebut these weighty allegations.That is tacky, tricky, most troubling and disturbing.  What do you do in the circumstance given that the law must be allowed to take its course? Conclusively, suspicion is not a ground for criminal responsibility.

Besides, our law is that even an accused person facing trial is presumed innocent until foundj guilty by a court of competent jurisdiction.This raises serious dilemmas for all concerned.

Should the suspected erring judicial official (in this case the CJN) be prosecuted for non-declaratipn of assets and maintaing illegal foreign acounts contrary to the Code of Conduct in keeping with the dry letters or the law and in satisfaction of the requirements of equality before the law or should he not be prosecuted based on his exalted office or political or other extrenous considerations?

Our laws do not confer immunity on judicial officers  except in the due discharge of their judicial functions. Petitions against erring judicial officers must first go to the NJC. Paradoxically and coincidentally, the CJN is the head of NJC and he is the one whose conduct is in issue.

Too many questions are therefore thrown up at this stage- was the NJC petitioned before this matter came into public domain; can the CJN be a judge in his own cause or matter; when then is the best time to prosecute an erring judicial officer?

To arrive at final conclusions, we must hear both or all sides to this unusual issue (the petioners, the CCB, the NJC, and CJN and even the Attorney-General of the Federation). That is the basis of the time- honoured and ancient doctrine of fair hearing or audi alteram partem.

Nigerians quickly need satisfactory explanations to these questions and many more grey areas surrounding this ugly development. However this matter is resolved, the point has come out that the judiciary, which is the sentinel of democracy, is on trial one more time. It is a wakeup call for all stakeholders to ensure the independence, impartiality and incorruptibility of the judiciary.

Unfortunately, the NBA (a major stakeholder) is in coma as the NBA President is currently in court struggling hard to save his name, face, fame, silky wig and gown, earnings and liberty from the proverbial long arm of the law over corruption charges.That is a big moral burden and whatever NBA under its beleaguered President says now may pass as sheer humbug. Too bad!

Beyond attention seeking comments, analysis and posturing whether by lawyers or laymen, this is the time to comprehensively clean up the judiciary and weed out the few bad eggs among them and save the integrity of the majority who have shown tenacious fidelity to their solemn Oath of office.

There is no more room for pretences and holier than thou attitude. The truth must be told and may the heavens not fall, our judiciary is sick!

We so submit…As the Court Pleases.

A new normal is possible.

Obiaeri is a Professor of Law.

Sowore, IPOB, And The Naked Beating Of Ekweremadu