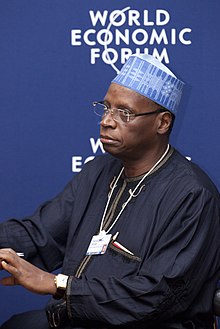 I delayed my response to this (cattle settlement), in order to first fact check the story.

When I read the post in this group, I immediately saw it for what it is, an attempt to whip up emotions using partial information and spurious statistics.

I am really shocked to see the reaction of my colleagues here. Which reminds me of the point I made earlier that, if you already have a bias, you latch, uncritically, on to  anything that seems to support that bias.

I was surprised that no one, not even our usually analytical and objective Max King made an effort to first fact check the story or explore and analyse its several inconsistencies.

I just address a couple here:

1. From the settlement in Niger State being 310 sq. Km, a series of tenuous assumptions were made to arrive at 216 new Fulani LGAs, completely ignoring the fact that

a) getting that size of land, even in Kano and many other Northern States, is virtually impossible, simply because no such free land exists,

b) under the Nigerian Constitution, all land belongs to the States and not the Federal Government, as has been legally established in the case of LASG v. FGN, on the issue of Banana Island. So if any of the States refuse to grant the land, there’s nothing the FGN can do.

But, from the faulty assumptions, you already have the creation of 216 new Fulani LGAs and, with further abracadabra, increasing the Fulani population from the current 13 million to 59 million, all “in one swoop”, according to the author. Then, with immediate alacrity, you already have Fulani emirs sitting in the Imo State House of Chiefs and, even, one of them becoming Chairman of the Imo Council of Ezes!

I am surprised that most of you swallowed this nonsense, with Max King even throwing in the jaded quotes about Sardauna and Tafawa Balewa. These quotes have been used by so many people completely out of context. If you were to search for quotes by Awolowo, Ojukwu, etc during relevant periods of national crises, you will probably find many of them as inflammatory.

Besides, if you are talking of Hausa Fulani, Tafawa Balewa was neither Hausa, nor Fulani. It’s like labelling Ibibios or Ijaws, Igbo.

Thirdly, we need to be careful, if you are opposed to Buhari, that’s perfectly legitimate, but using that to cast a brush on all Hausa Fulanis is less than ingenious.

I worked for 4 years with Goodluck Jonathan, who, especially in his later years, met considerable opposition, particularly from the North. Nobody, however, ever passed the blame to the Ijaws.

Now to the facts:

I just spoke to the FGN Perm Sec  Agriculture, who is alleged to be the source of all this. This is his take:

1. This tint to the story arise out of the political gerrymandering, particularly in the running battle between Audu Ogbeh and his Benue State Governor

2. There is no intention, not even mention, of extending the scheme to all 36 States. The Governors were sounded out and only 12 (all Northern States) agreed to participate.

4. The idea is to set up ranches where the whole beef and meat value chain will be provided for: basic infrastructure, like roads, schools, markets (I can guarantee you that a substantial number of the market participants would be Igbo),  vet clinics, meat processing factories, tanneries, etc, based on a similar, successful model in Tanzania.

5. A number of international organisations, such as the FAO and IFAD are already on board, interested in providing technical and other assistance and;

6. A number of international companies,  including Italian, are interested in investing (You know Italy and leather).

The Vice President yesterday publicly disparaged the rumours and rabble rousing and confirmed that these proposals had been discussed and agreed at policy levels up to the Council of State.

Finally, as educated people, it is our duty not to, based on ignorance, fuel the embers of social upheaval, arising from ethnicism and hatred. Some of you, in your contributions, referred to such cases as Rwanda. All that is required to ignite conflict is some careless remark or action by somebody. I will forward to you a post that I got from another group allegedly of people in Nnewi driving the Fulani and their cattle out of the town. If, accidentally, one or a few people are killed as a result, it may very well elicit some retaliation from the North, which, God forbid, could ignite further trouble in other parts of the country.

Sowore, IPOB, And The Naked Beating Of Ekweremadu