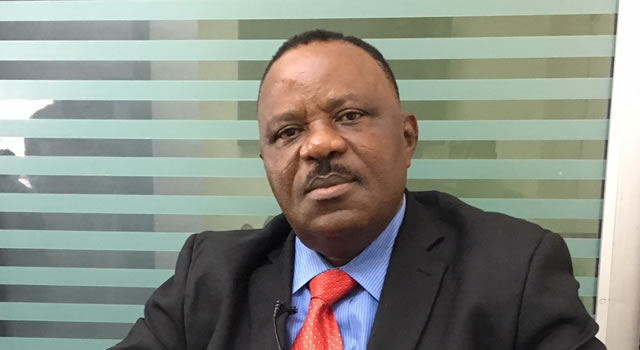 The naked beating of Senator Ike Ekweremadu in Germany evokes painful lessons, particularly with Indigenous Peoples of Biafra (IPOB) and, of course, the continued detention of the frontline anti-corruption advocate and presidential candidate of the African Action Congress, Omoyele Sowore.

First, the sympathy generated from the Ekweremadu beating has to do with the fact that the specious victim is a prominent member of the Nigerian political elite. Such type of public flogging is usually reserved for the ordinary Nigerians, especially if they dare go close to their leaders. The German incident also marked the first time a major suspect in looting of Nigerian treasury is manhandled like a petty thief. That explains why the powerful politicians are mourning while millions of the masses are celebrating.

Second, the unfortunate incident is a dog whistle that the foreign land is no longer a safe haven for Nigerian corrupt leaders and their families. Hopefully, the protest may turn out a blessing in disguise. Nigeria will be better served the day her political class shows trust in the country’s social amenities, especially the schools; hospitals; and tourism, including new yam festival.

Third, and very significant, the nature of the beating on Ekweremadu shows that the Nigerian masses, particularly the Igbo youths, are gradually recognizing their true problems and true enemies. In short, the IPOB might have finally shattered Ekweremadu’s balloon of fake popularity, sustained by a cocktail of ceaseless montage of paid propaganda, cascade of mass deceit, and a vicious army of highly educated and well-paid toadies. The IPOB might as well grasp the reality that the Biafran problem is Biafran made. The objective fact is that our people who have held power in Nigeria’s 4th Republic in the Biafran area—from local government, the states, federal to President Goodluck Jonathan—were not the Hausa-Fulani. The world is also learning that Ekweremadu’s Enugu West Senatorial district has been home to the worst set of road networks in Nigeria throughout his fifth tenure in the senate. These include the most-deadly trio of Enugu/Onitsha, Enugu/PH, and Awgu/Oji-River highways, which has only served as money-spinners for the area politicians through series of funded but abandoned contracts.

Fifth, the angst expressed in Germany by IPOB is nothing but a page from the anticorruption vision of the revolution that brought President Muhammadu Buhari to democratic power. Therefore, besides the lack of development in the East and Ekweremadu’s apparent duplicity in the proscription of IPOB, it is an open secret that my senator is crudely corrupt. This is a man who mas a mere charge-n-bail lawyer before entering politics in 1999 but would shamelessly admit an overnight ownership of over 31 choice properties around the world without real job. Yet, since disgraced out of his ambition to remain a lifetime Deputy Senate President, Ike Ekweremadu has been globetrotting, celebrating failure with fake yam festivals while millions of fellow Igbo youths are subjected to abject poverty and despair, home and abroad. Enough!

As I noted in the piece, “Buhari And Nnamdi Kanu Fighting The Wrong Enemies”, the whole IPOB saga is misconstrued. What must no longer escape the minds of patriotic Nigerians is that an original aim of Radio Biafra, before its vision was sabotaged by Igbo politicians, was to uproot “all looters, embezzlers, kidnappers, sponsors of terrorism, child traffickers, corrupt judges, crooked university lecturers, murderous Nigerian security forces and all thieving individuals masquerading as public officials who steal public funds thereby preventing developmental projects from impacting positively on the lives of the ordinary people.”  That sounded more like Muhammadu Buhari speaking before he gained power in 2015. Therefore, though physical assault must be strongly discouraged, the grievances against Ekweremadu are profoundly justified. You cannot beat a child and expect him not to cry at the same time. Moreover, my readers will by next week learn hard facts on how the senator actually owes IPOB and Nnamdi Kanu, not the other way around.

Fourth, and very instructively, the Ekweremadu experience is a wake-up call that the continued detention of Omoleye Sowore is a time bomb. Of course, the senator representing me is not the only corrupt politician flaunting his wealth and influence at the expense of the masses. Consider, for instance, the latest quagmire where Godswill Akpabio, a former governor of Akwa Ibom, who is a facing trial for stealing N108 billion from state treasury, is suddenly made the boss of Festus Keyamo, a celebrated human rights lawyer, who was the prosecutor in the same case. Combine the irony with the situation where Timipre Sylva, a former governor of Bayelsa state, who was found guilty under the President Jonathan for corrupt acquisition of 48 choice properties, now holds sway at the Ministry of Petroleum, the mainstay of the nation’s life.

This pattern under President Buhari is unimaginable and definitively unbearable. This is precisely why Nnamdi Kanu of IPOB refers to Nigeria as a zoo. The daring degree of impunity is why a foremost patriot and First Lady, Aisha Buhari, once wondered, “where are the men of Nigeria? Where are the Nigerian men? What are you doing? Instead of them to come together and fight them, they kept visiting them one after the other, licking their shoes.”  The growing impunity accounts for why Nigerian men descended on Ekweremadu, a permanent fixture in the gross misrule of Nigeria in the 4th Republic. Of course, the jarring injustice in Nigeria is the sole raison d’être for the peaceful nationwide protest being led by Sowore, a field marshal in the 2015 revolution that toppled Jonathan and brought General Buhari to power. That is perfectly why #RevolutionNow enjoys support from broad sections of Nigeria, home and abroad.

As patriot and, of course, one of the most rabid supporters of Buhari from 1984, I truly want him to be the best president. But he must do the needful. The time has come for dialogue instead of seeing every critic or protest as coup d’etat. And charity begins at home. The president might as well embrace the vision of his United Nations address in 2017, where he preached dialogue over war in the case of North Korea. In Buhari’s words, “In all these crises, the primary victims are the people, the most vulnerable being women and children.”  Thusly, his style of beckoning trouble from all fronts is a recipe for disaster. The latest attempt to label Nnamdi Kanu and Sowore as coup plotters is not only a maddening malfeasance, the continued detention of Sowore is equally a brazen nonfeasance.

President Buhari must rise beyond sheer dogmatism and admit that the state is truly falling apart. He ought to be able to discern that, unlike the case of IPOB where the Igbo leaders, including Ekweremadu, have been dreadfully deceitful; the crème de la crème of the Yoruba intelligentsia is boldly behind Omoyele Sowore. Only a poon ignores the potential of the heavily funded but regional IPOB, with a worldwide membership, fusing with a broad-based national outfit like #RevolutionNow. It will not be surprising, however, if this appeal is ignored; after all, “the primary victims are the people, the most vulnerable being women and children.”

SKC Ogbonnia, a 2019 APC presidential aspirant, is the author of the Effective Leadership Formula.

RUGA: The Fulani Must Not Fight Buhari’s War