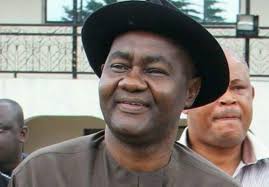 Barely twenty five days to the March 2, 2019, gubernatorial election, the leadership of the All Progressive Congress, APC, are yet to settle between Tonye Cole, an Oil magnate and Magnus Abe, a Senator of Federal Republic of Nigeria who will fly the flag of the party in the election. At Present the duo are laying claim to be the authentic governorship Candidate of the election.

The Independent National Electoral Commission, INEC, may have made matters, when it omitted the APC on the list of parties that have governorship Candidates in the state, an indication that it did not recognise Abe or Cole for the election.  Going by the party list, only the People’s Democratic Party, PDP, Labor Party and the Social Democratic party had presented Candidates for the election.

Rotimi Amaechi, a former governor of Rivers state  and minister of Transportation , regarded as godfather of APC, politics  in the state and the state Executive, appear to have been given the marching order by President Muhammadu Buhari to bring the warring parties together to resolve the conflict without further delay.

The Presidential order may have forced  Amaechi  and the party officials to move into action to bring Abe and Cole to the round table for talks to end the crisis. Senator Abe, who believes that the controversy was unnecessary has given hint that the conflict would be settled next Wednesday.

This should gladden the heart of APC supporters in the state who had lost hope of getting a Candidate for the election and a major problem to Nyesom Wike, the governor of the state and incidentally the governorship Candidate of PDP who has been making mockery of Amaechi and the APC leadership   over their inability to conduct a free and fair primary election that could produce a credible governorship Candidate for the party.

The Rivers state born Senate had said that there was no basis for the party governorship Candidate tussle to drag on too long in the state if all the moves he had made  to resolve  the  issues within the party had been accepted but it was rebuffed.

Political watchers observed Wike has been campaigning over the last two months without any sign that he has a strong rival contesting to be the next occupant of Creek House, popular government House, in PortHarcourt. Party sources told The Value News that since it became clear that the APC conflict was about to be resolved and that Cole, may eventually pick the ticket, going by the jubilation in his camp, the PDP governorship Candidate , who has been going round the nooks and crannies of the state to sell the party manifesto and canvass for support may have forced to restrategise to cover loopholes  that might give the APC Candidate an edge.

What may have given the oil magnate hope was that the stay of execution as granted  by the Appeal Court was in its favour. The Court of Appeal  sitting  in Port Harcourt on Monday, January 7, 2019,  had granted a stay of execution of the High Court or Judgment  nullying all primaries of the party in the state. The Court  also restrained  INEC  from fielding  the party endorsed Candidates in the forthcoming general elections in the state. According to him, ” the status quo  was that  we receive the party governorship flag and INEC had the party Candidate on the list alongside other parties”. He noted that when the electoral umpire removed APC from the list,” it was our names that were removed”, adding ”we are back and that is why we are jubilating”.

Many would want Amaechi , the minister of transportation to take a cue from Asiwaju Bola Ahmed Tinubu, a former governor of Lagos state who was able to resolve the conflict between the  Akiwumi Ambode,   state governor and the Lawmakers by calling for a meeting  where the parties were able to express their grievances.

There is no gainsaying the fact that without the intervention of  Buhari, Amaechi and the APC leadership in Rivers state may not have known how to resolve the  crisis in the state whichould have denied the party a governorship Candidate in this March 2, 2019 election.