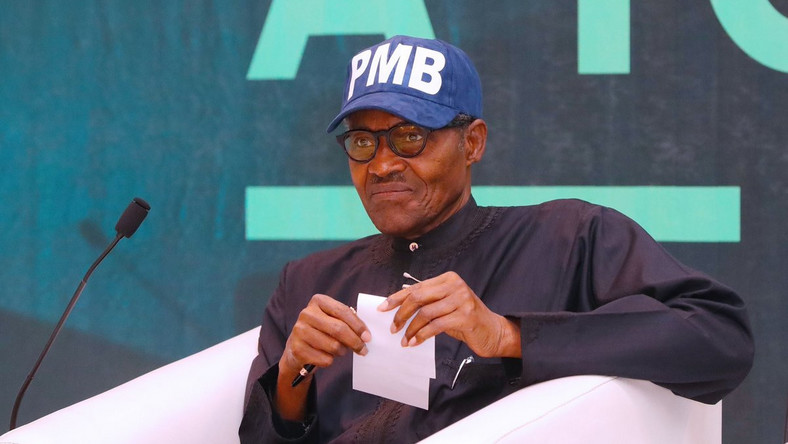 When the  Asiwaju Bola Tinubu, a former governor of Lagos and Chairman of the All Progressive Congress, APC, Presidential Council  and the members drew the Presidential Campaign , it was done in such a way that President Muhammadu Buhari would show up in all the 36 states of the Federation including the Federal Capital Territory, FCT, with the party Chieftains .

Political watchers believe that that the bubble had burst with the behaviour of some of the party Chieftains at the party rallies in the states. Take the recent incident in Ogun state, in which Ibikunle Amosun , the state governor was sponsored thugs who hauled sachets of pure waters and pellets on Oshiomhole , for master-minding the handing over of the party governorship flag to Dapo Abiodun, a Lagos based oil magnate and other Candidates seeking elective office produced by Segun Osoba, a former governor of the state Camp.

The situation was so embarassing that was forced to throw away the party flag at the podium to scamper for safety while security operatives shielded the President from attack. Another embarrassing situation that may have created a problem for Buhari and the party was the Rivers state rally on Tuesday, February 12, 2019. Amaechi may have embarrassed him the more with his hate speech.

This may have forced Buhari and the Cabal in the Presidency to go back to the drawing board and change tactics at this lap of the electioneering Campaigns to still be in contention to remain as the occupant of the Presidential Villa. It was not surprising why the key actors in the APC Presidential Council , Tinubu, Oshiomhole and Amaechi , were absent at the party Eagle square rally at Abuja.

Bello Uaru, a n Abuja political analyst , who was at the Eagle square to watch the proceedings noted that both for the presence of the security  operatives  at the venue, nobody would know that was at the Campaign. ground. Umaru disclosed that the Campaign was very orderly as the people were happy to listen to the APC Presidential Candidate. Buhari was said to have been accompanied to Abuja rally  by Mohammed bello, minister of FCT and Boss Mustapha,  Secretary to the government of the Federation, Hajia Salamatu Umar-Eluna , APC , Women Leader and Yahaya Bello, governor of Kogi state and several others.

A party source who spoke The Value News said the absence of Tinubu, Oshiomhole  and Amaechi at the Abuja rally was a deliberate attempt to create the impression that all is not well with the APC. The source said the trio had a standing order to go back to their states to consolidate the party hold on it.  It was not surprising why Tinubu has relocated to Lagos to Coordinate the party affairs in the south west, Amaechi and Dakuku Peterside, his godson and Director General, Nigeria Maritime Administration and afety Agency, are back to Port Harcourt to square it out with Nyesom Wike , the  state governor to give Buhari victory in the election oshiomhole, who had repeatedly said that if you sin and join the APC, ”your sins are forgiven”,  may have known that the APC is losing popularity in Edo state and the south -south in general that he was forced to relocate to Benin, the state  Capital, to Coordinate the Presidential Campaign in the region.  He may have left Akwa Ibom state to Godswell Akpabio, a former governor of the state  and also a Senator of Federal Republic of Nigeria , who s on the ground to Coordinate until the election is over.

Even , Buhari, the APC, Presidential Candidate has told people to watch out for the APC new Campaign strategy. Many believe that the Campain strategy adopted by Buhari at this lap of the Campaign may not be different from that of  Atiku, the PDP Candidate. In the recent time, he has been going out for his Campaign with the wives , depending on the state. Take for instance, when he came to Lagos , for the rally, he came with Yoruba wife.  the turnout may not have been impressive, but he was able to pass the message across to the people: Vote for PDP.