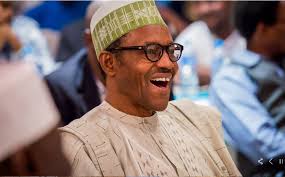 Not many people were surprised that President Muhammadu Buhari of the ruling All Progressive Congress, APC, and Atiku Abubakar, a former Vice President and Presidential Candidate of People Democratic Party, PDP, stayed a from the much awaited Presidential Debate on Saturday, January 20, 2019.

In preparation for the debate, the Nigeria Election Group  and Broadcasting Organisations, equivalent of the Commission  For Presidential debate, a  bipartisan Organisation, in the United States,   were said to have invited Buhari, Atiku, Oby Ezekwesili,  a former  minister of Education, under former President Olusegun Administration, and candidate of Allied Congress Party of Nigeria, ACPN, Fela Durotoye, Alliance For New Nigeria, ANN and Kingsley Moghalu, a former Deputy Governor of Central Bank of Nigeria, CBN, and Candidate of  Young Progressive Party, YPP , out of a total of 79 Candidates ,  the Mahmood Yakubu led Independent National Electoral Commission, INEC, had said would be contesting  the February 16, 2019 , Presidential election.

The five notable Presidential candidates were said to have given their words to participate in the debate. There was however, the initial fear that Atiku, the PDP Candidate, who had jetted out  to the United States on Thursday, January 17, 2017, would not make it  but it turned out that the APC Presidential Candidate would be the one whocould not attend , thus giving, Atiku, the PDP Candidate opportunity to  alsostay away from the debate.

Buhari was said to have dropped hint,  late last year when the idea of the Presidential debate was muted by the Organisers of the debate,  that he will not participate because it was not recognised in the 1999 Constitution as amended. thought that it was a Unknown to them, he meant it.

Due to his words on Saturday, January 20, 2019, when the of the debate, Nigerian Elections debate and Broadcasting of Nigeria and the party supporters showed up at Transcorp Hotel, venue of the event, the nowhere to be found.

Itse Sagay, Chairman,  Presidential Advisory Committee against Corruption PACAC, may have spoken the mind of the President when he said ”there  is no law binding  about participating in the debate”, an indication that it is optional. He described Ezekwesili, Moghalu, YPP and  Durotoye  who showed  up for the debate as”” motivational Speakers, noting that” they have nothing else doing ”  compared to Buhari who has state matters to attend to.

Sagay may have been one of the aides who had advised him that” it is not in his interest to go for the Presidential debate” with those other Candidates for fear that he might be floored on topical economic issues.

His advice, according to a party source, may not have influenced  Buhari, the  APC Candidate decision to stay away from the debate as he had already made up his mind that” he doesn’t  want to participate in the debate that will make the” political dwarfs taller than they are”.  Let them remain like that, political dwarfs, he said, noting that in ”four weeks time  we will know them”.  He had repeatedly said that Buhari has nothing to gain in debating with the political Lilliputians. The question on the lips of most people is: who is a political dwarf – Buhari, Atiku or egg heads like Ezekwesili, Moghalu and Durotoye?

Many believe that Buhari, the APC, Candidate may have been discouraged to participate in the Presidential debate because of his poor performance at the town hall meeting at Abuja on Wednesday, January 16, 2019  debate session. He could have made a mockery of lf, if Yemi the Vice President was not around to take most of the questions him by the Organisers of the debate.

This may have forced  Asiwaju Bola Tinubu, a former governor of Lagos state and Chairman of the Buhari Presidential Campaign Organisation, and others to lend his voice to Sagay, Chairman, PACA, advice, to prevail on him not to attend the Transcorp hotel debate.

A party source disclosed that he may have wished to go for the debate , if Osinbajo or Tinubu , were to go with him  to take some of the questions that may be directed to him but he got it wrong as it was designated a” Presidential debate”.

Atiku, the PDP, may have seen a loophole to stay away from the debate and he did. Aware of the implication of not participating in the Presidential debate which had been advertised in both print and electronic media,  he quickly apologised to Nigerians.

Note that people had remained glued to their television sets  on Saturday, January 20, 2019,to watch the debate life but were disappointed that Buhari and Atiku, the two front runners in the election were absent , which made nonsense  of the programme.

”We came here for a Presidential debate , not a Candidacy debate and I cannot challenge or  question an Administration  where Buhari, the man at the helms of Affair  of the nation was not present to defend  himself  or his policies”.  Atiku had said.

There is no the fact that if and Atiku, Candidates of the APC and PDP, had shown up at the debate it would have carried weight as it would have given Nigerians democracy has come to stay.

The absence of the two major gladiators in the forthcoming Presidential election may have given Ezekwesili, Durotoye and Moghalu, the ammunition to lambast the duo, accusing them of being arrogant and fear that they cannot answer the questions” that may be directed to them about the  economy.

Peeved by the action of the APC and PDP Presidential Candidates,  Ezekwesili, the ACPN Candidate declared ,”they have just simply announced  their exit  from  governance of the country” Durotoye and Moghalu  on their  part said their absence in the debate should not surprise anyone. The duo noted that this had been the trend over the last 20 years  where  the rulers do not explain  to the governed what it is they are going to do”.

Perhaps, in apparent response to Sagay’s claims that they were political dwarfs, the Candidate of the ACPN, stressed ”we showed up in this debate not because  we are new entrants  into politics  but because  we believe  it is time  for a new kind of governance  in Nigeria”.  She may have won the heart of  many Nigerians who were sitting on the fence before now  when she lambasted Buhari and Atiku, the in the election of  turning their back  on the people of Nigeria, an indication that ” they never  amounted much to them as  the people  have no choice and can never move away from them”.

Critics believe that the presidential debate was destined to fail from the onset by the Electoral Umpire by registering 79 Political parties which were said to have presented presidential Candidates for the thus making the number unwieldy for the Nigeria Elections Group and Broadcasting Organisation to handle.

The number, according to political watchers that underscore the place  Presidential debates occupy within the American society. As Nigeria is gradually moving to sets on the state: PDP and APC, the parties Presidential Candidates may have to debate serious to rekindle Nigerians interest to watch it and give the electorate a Presidential Candidate who can deliver on his electioneering Campaign promises.

Take the government shut down in the US by Donald Trump, over Congressmen  refusal to increase the funding of the country-Mexico border which he had promised  Americans during the 2016 Presidential debate to stop cross border movement. This may never happen in Nigeria as the President would find a way to lobby the Lawmakers to approve his request because of the pecuniary gains.

Trump, the American President had requested the Congress to increase the funding from $3 billion to $5 billion, but Nancy Pelosi, the House Speaker kicked against it, arguing that the wall will not stop cross- border movement. He could insist on the wall because America is a  country where the rulers are accountable to the people. He knew that if he fails to deliver on the election promise, it will work against his Republican party in the 2020 election.

This is why Nigerians must go beyond Candidates in voting during this  election but judge the Candidates based on their electioneering Campaign promises so that the Candidate that may win  would be held accountable in the next election if he fails to deliver on his promises.