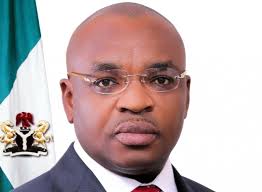 The governorship journey which started last year through the party primaries and Court processes appear to have been concluded on March 9, 2019, with winners emerging and the losers licking their wounds in states where the election were completed. Political watchers believe that Mahmood Yakubu, a Professor and Chairman, Independent National Electoral Commission, INEC, could have put his name  in record as organising one of the freest governorship and states House Assembly election in the country but unfortunately allowed the soldiers and the policemen deployed to  provide security in the conduct of the election in oil rich Rivers state to dent his records by declaring some elections inconclusive without any information when the re-run would be conducted..

The security operatives believed to be acting out a script decided to disrupt the electoral process in the state to ensure that Nyesom Wike, the People’s Democratic Party  governor of the state did not win the election. Wike and the party leadership had before the election reportedly did everything within their powers  to prevent trouble during the election by ensuring that the party supporters conduct themselves in the orderly manner even in the midst of provocation to avoid playing into the hands of Yakubu, the INEC, National Commissioners to suspend the electoral process in the state or declare the election inconclusive.  But the party officials got it wrong as the security operatives who may have been  working under a well hatched out plot had a different agenda.

When it became obvious that Wike, the PDP governor of the state who is seeking re-election was coasting home to victory going by snippets from the 23 local government areas of the state, the soldiers deployed to the state to compliment the efforts of the policemen in maintaining security during the election , were forced to take over control of the INEC Collation centre, to disrupt the announcement of the election result. Mohammed Abubakar Adamu, the acting Inspector General of Police, IGP, men deployed to the state to cover the election did not find it funny. They were said to have resisted attempt  by the fierce looking soldiers to force them out from the Collation centre ,insisting that it was their duty to be at the centre to monitor what is happening to ensure that the right thing was done.  The situation was very worrisome as the policemen at the centre were forced to call for re-enforcement , forcing the INEC, officials to abandon the Collation centre and run for their safety.

Insiders told The Value News that in the midst of the confusion, the security personnel plan was to hijack the card readers and important electoral document to give room to cancel the election or declare it inconclusive. But the officials were clever enough with the support of the policemen  on duty at the centre to have cleared the important election materials before the soldiers could move in to wreck the havoc.

Many believe that action of the soldiers in the INEC Collation centre in Port Harcourt was contrary to the advice of Tukur Buratai, a Lt. Gen. and Chief of Army Staff, to the soldiers covering the  governorship and states  Assembly election in the state to conduct themselves as professionals and avoid any link with the politicians by remaining apolitical.

The military hierarchy have come out to deny the allegation that the men in military uniform at INEC disrupting the election were military personnel insisting that they were thugs. But political observers and concern citizens of the state see the military denial as white lie.

The apparent disruption of the electoral process in Rivers state may have exposed the Buhari government and INEC to the International Community . This is evident going by the reaction of the United Kingdom,UK, based on the report of the Election Observers sent to the state. The UK , had  made clear to other world bodies that they are not happy with  the military interference  in the election process  in the state.  They therefore appealed to the military to allow the INEC officials do their job in safety without intimidation. They have vowed to monitor the election closely to ensure that the right thing was done.

The UK Election Observers were said to have reported to their home government  that the INEC officials had deserted the Collation centre  after soldiers  stormed  the  centre and chased policemen away from the premises. The altercation, the UK Observers reported led to panic  among the INEC officials , party agents , International Observers , foreign and local journalists.

Political Observers believe that the oil rich Akwa Ibom state may have escaped the INEC trap because of the eagle eye security personnel on the road who were able to intercept 10 Hiace buses with full compliments of party thugs and political mercenaries hired from Benin, the Edo state capital, heading to the state . Going by the information volunteered by the suspects in their confessional statements, the buses which were hired from a Transport Company in Benin were 15 in all but five had earlier left for the  oil rich south-south state or may have been diverted to a sister state like Rivers to wreck the havoc.

They arrested thugs claimed to be working for APC chieftains.  Note that Akwa Ibom state is the home state of  Godswill Akpabio, a Senator, of Federal Republic Of Nigeria, whose return bid was stopped by a PDP  Candidate Chris Ekpenyong a former deputy governor in his Senatorial district while Edo, is the home state of Adams Oshiomhole , a retired Labour activist and National Chairman  of the APC. Perhaps, this may have made Adamu, the acting IGP, to tighten up security in the state but was not lucky in Rivers state as the Army overpowered the policemen on duty to disrupt the electoral process.

Going by the governorship election result, Udom polled 519,712 votes to Ekere’s 171,978 votes, representing a landslide winning. Many see the victory of Udom  in the polls as a complete rejection of AKpabio by the people in the state and the emergence of the former as the new political force in the state .

The situation in the PDP Controlled states of Sokoto, Adamawa, Benue, Plateau Bauchi   look worrisome. This is in addition to the APC controlled states of Kano.  INEC Returning Officers in these states have declared the governorship election as inconclusive. Take instance,  Sokoto state where  Fatima Murktar, a Professor and State Returning Officer had said total of 1,881,767 voters registered in the state for the election but only 987,942 were counted as valid votes.

According to her, Aminu Tambuwal of the PDP. who is seeking re-election on the platform of the opposition party scored 498,558 to the APC Candidate’s 486,145 votes. The INEC Returning officer, had said that 136 polling units  across the 22 local government Areas of the state  with 75,403,  registered  voters were cancelled over alleged irregularities.

In Plateau state, Richard Kinbir, also a Professor, said Simon Lalong, the APC Candidate polled  a total of 583,255 votes to Jerry Useni, a retired Major General and a Senator of Federal Republic , who incidentally was the PDP  governorship Candidate who polled  538,326 votes.  The returning officer  had declared that  40,988 votes that were cancelled in 44 polling units across the state was  less than the vote margin of lead  between the APC and the PDP.  He noted that the margin of lead which was backed by the Electoral Act as amended,  in the INEC Regulations and guidelines for the conduct of the elections, rendered the election inconclusive.

The situation was the same in Bauchi where the APC , according to Mohammed Kyari, a Professor , the INEC , Returning officer disclosed scored 465,453 to Bala Mohammed of the  PDP’S 469,512 votes.

The was said to have been applied in decisions in the conduct of the governorship elections in the three northern state of Sokoto, Plateau, Benue and Adamawa states. Many believe that there was no basis for declaring the governorship election in these states as inconclusive when there was no tie in the votes of the APC and PDP Candidates.  They noted that the returning Officers may have taken the decision to satisfy the interest of the States Resident Electoral Commissioners, REC, appointed by President Muhammadu of the ruling in the states. The RECs .take instructions from Mahmood Yakubu, a Professor Chairman of INEC, who was also appointed by the Katsina state born Nigerian President.